Dr. Birx now tries to say she was a victim. No, she was deadly complicit 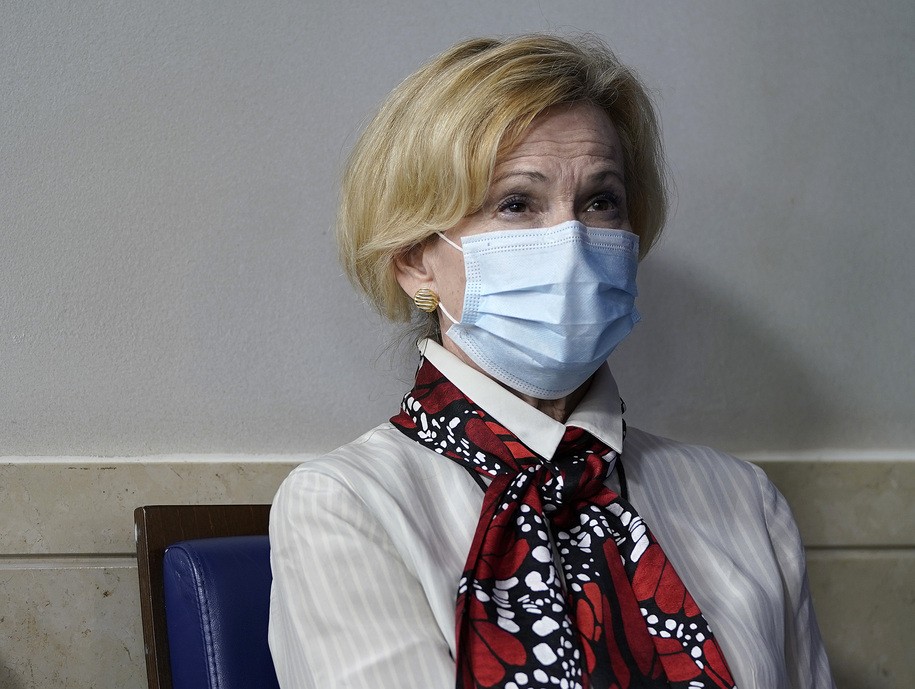 CNN is airing a special where all of these doctors in the Trump administration are finally speaking out about the abuse and chaos that reigned when the pandemic first hit America one year ago. These people include Dr. Deborah Birx, Dr. Brett Giroir, Dr. Stephen Hahn, Dr. Robert Kadlec, and Dr. Robert Redfield.

The doctors are finally admitting to things that we knew were true all along, like the White House was pushing contradictory messages and the fact that politics was keeping them from being honest with the American people. Now that half a million Americans have lost their lives, I see them speaking out now for what it is: cowardice.

With the exception of Fauci, who chose to accept the threats and fight the White House to get the information out rather than be in Trump’s good graces, these people all violated their Hippocratic oath to do no harm. They chose to enable a malignant narcissist because they didn’t want to be yelled at. I have such contempt for all of them, but especially for Birx over what she said one year ago.

Like many in Trump’s orbit, Birx decided to throw her decades-long reputation away to accommodate Donald Trump’s incessant demands for flattery. It’s disgusting when he had cabinet officials do it, but from a doctor for a deadly pandemic? Unforgivable.

Even though Birx knew that Trump was full of lies and was downplaying all the risks, and even though she knew that these lies would prove deadly, this is what she said one year ago today:

You can’t spin this. Ever. This was exactly one year ago. pic.twitter.com/E4ZVUSg54h

He has been so attentive to the details and the data, and his ability to analyze and integrate data has been a real benefit during these discussions about medical issues.

This is too much BS for even Trump supporters, who never try to argue that Trump is attentive to details. It also didn’t save her from being yelled at, which she admits was a concern when she went on these news shows. On the CNN special, she talks about how she was always being “watched” to justify why she was gushing. Deplorable.

This type of cowardice is why she sat quietly while Trump spouted off complete nonsense about “injecting disinfectant” into people’s lungs to kill the virus. Even Lysol had to come out with a statement pleading with people not to inject their products.

Even though Trump made these statements while constantly pointing to Birx and looking right at her, she sat there quietly. She was terrified that she might be fired or yelled at, so she let this orange menace spew nonsense without one ounce of pushback. CNN posted her reaction while Trump was speaking. She looked down, hoping he would stop addressing her. This was her chance to save lives, and she didn’t.

I do not feel sorry for Birx. She is not a victim. She was complicit and deserves all of the scorn that will follow her the rest of her days. Politicians lying is one thing, but doctors need to be held to a higher standard. Sure, she’s no Ronny Jackson, the drunken train wreck of a White House physician who falsely claimed Trump was 6 foot 3 and ripped, but he never had much of a reputation. Until last year, Birx actually did.

Hope it was worth it.

I submitted the word “Birx” to the urban dictionary. It means “Not standing up to do the right thing because you are afraid of the personal consequences.”