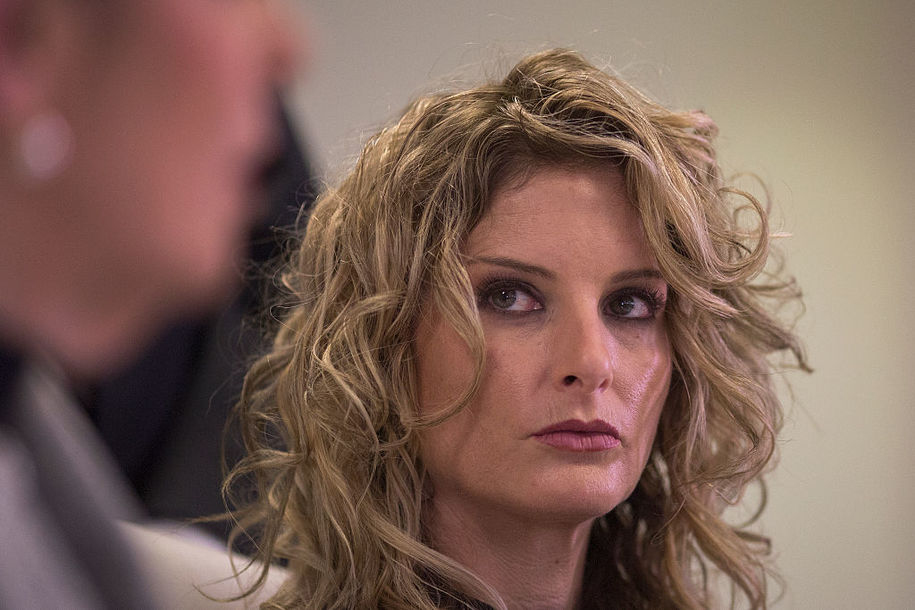 The New York Court of Appeals ruled on Tuesday that former The Apprentice contestant Summer Zervos can proceed with her defamation lawsuit against our pustulant ex-POTUS.

It’s not a comeuppance yet, but sometimes justice comes in dribs and drabs—like makeup slowly cascading off an ex-pr*sident’s blotchy horror-show of a face, transforming it from the spitting image of a Costco rotisserie chicken into the raw, muculent mien of half-thawed Butterball turkey.

The case has been on hold since March 2020. At the time, Donald Trump was still cosplaying as president and hiding behind that privilege like Saddam Hussein cowering in his spiderhole. Because Zervos filed in New York, Trump’s attorneys filed an appeal arguing that the Constitution does not authorize state courts to preside over cases against a current president.

“Motion to dismiss appeal granted and appeal dismissed, without costs, upon the ground that the issues presented have become moot,” the court’s new ruling says, according to NBC News.

The decision from the New York Court of Appeals puts back in motion the lawsuit from Summer Zervos, who says Trump defamed her in 2016 when he called her a liar after she accused him of sexually assaulting her years earlier.

“Now a private citizen, the defendant has no further excuse to delay justice for Ms. Zervos, and we are eager to get back to the trial court and prove her claims,” Zervos’ attorney Beth Wilkinson said in a statement.

Zervos claims Trump groped her in a hotel room in 2007. Shortly after she went public with her allegations, Trump said the women who have made allegations of sexual misconduct against him are “liars,” and he has threatened to sue them.

So, yeah, while Trump faces a long list of legal entanglements, it nevertheless soothes my weary soul to dig my fingers into some of the more delicious death traps that await that fucking turd.

Of course, this deluge of civil suits and criminal probes doesn’t just make my heart burst with schadenfreude; it also makes it far less likely that Trump will have the time or appetite for another presidential run. Looking at it that way, Zervos, et al., are nothing less than American heroes.