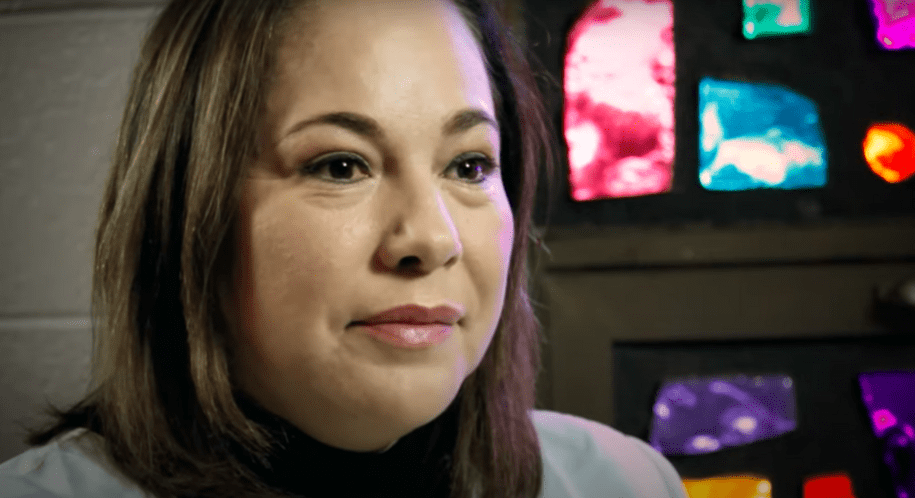 An asylum-seeker who was in sanctuary at an Ohio church for more than three years and was finally able to return to her home and community last month is calling on President Joe Biden to rescind the outrageous fines levied on her by the Immigration and Customs Enforcement (ICE) agency in what advocates have said is an intimidation tactic against undocumented immigrants who have gone into sanctuary.

While Edith Espinal was able to leave Columbus Mennonite Church as a result of new enforcement priorities, the nearly $60,000 fine imposed on her by ICE under the previous administration is still in place. “I find these fines to be unjust,” The Columbus Dispatch reports Espinal said during a virtual press conference. “We are facing the civil fines because we raised our voices and we want them to lift these civil fines … We will not stop fighting.”

“Although financial penalties for evading deportation have been on the books for years,” The Washington Post reported in mid-2019, “they were rarely imposed.” But unable to sic mass deportation agents on immigrants in sanctuary because of ICE policy, attorneys said in the report that the agency tried imposing fines “so egregiously over the top that it’s laughable.” In Espinal’s case, her fine was originally nearly half a million dollars. She wasn’t alone: Rosa Ortez Cruz, another mom in sanctuary in North Carolina, was being fined over $314,000.

ICE withdrew Espinal’s fine in late 2019, only to have the agency reimpose a $59,126 fine the next year, the Dispatch said. Not that the new fine is any more realistic for someone who for more than three years was unable to step outside of a church to work. It was meant to scare the shit out of her and others in the sanctuary movement. “My fear is that they’re gearing up toward going after the churches that are providing sanctuary to these people, they’re trying to intimidate my client and other people like her and they’re trying to intimidate the community,” Lizbeth Mateo, Espinal’s attorney, told the Post in 2019.

Attorneys say that new documents reveal that former White House aide and noted white supremacist Stephen Miller in fact played a role in the fines, according to the Dispatch. He wanted the money to be used to build the expensive and racist border wall that the previous president had for years falsely insisted Mexico was going to pay for. “And an email from within ICE to undisclosed recipients states that fines totaling more than $3 million were sent to nine people in sanctuary whose cases have ‘high media interest,’ according to a document provided by the Center for Constitutional Rights, which has four attorneys on the case,” the report said. Free Migration Project executive director Bennion called the plan “evil.”

Espinal was able to leave Columbus Mennonite Church late last month under new Biden administration policies. While she’s still under a deportation order, Mateo told the Dispatch at the time that Espinal would be able to return home under an order of supervision. She’ll also need to periodically check in with ICE, as she had already been doing before she went into sanctuary. Being able to return home should have brought Espinal some much-needed relief, but she continues to have this financial burden hanging over her head.

“President Biden has a choice: he can either double down on the punitive and unjust immigration policies of his predecessor, or start to set things right by cancelling the fines and providing lasting relief to sanctuary leaders,” New York University School of Law’s Immigrant Rights Clinic attorney said in the Dispatch’s latest report. “I have finally been able to leave sanctuary, but I will continue fighting these unjust fines from my home with my family,” Espinal continued according that report.