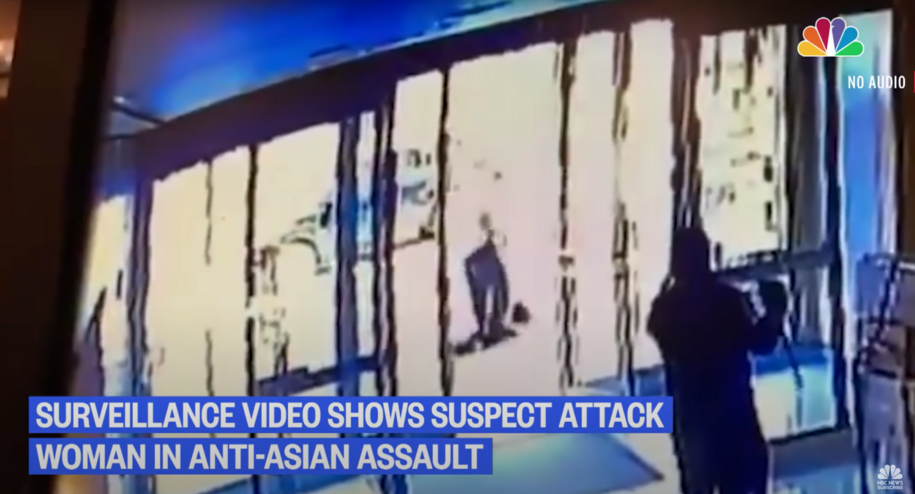 A man suspected of brutally assaulting an Asian woman in New York City was arrested Wednesday, according to police officials. The arrest follows national outrage over footage released of the attack, which occurred in broad daylight on Monday.

The woman, who was severely beaten, was hospitalized with serious injuries after a man attacked her and stomped on her face multiple times while shouting anti-Asian statements, Daily Kos reported. The entire incident was witnessed by bystanders, yet they did not intervene and her attacker was able to casually walk away after.

Police officials then shared video footage of the incident and encouraged individuals to share any information they may have. On Wednesday, officials confirmed the man suspected in the brutal assault was arrested. Identified as 38-year-old Brandon Elliot, the man now faces charges of assault as a hate crime, attempted assault as a hate crime, assault, and attempted assault.

According to court records, this isn’t Elliot’s first offense. He was convicted in 2002 in connection to the death of his mother, who he stabbed to death, NBC News reported. Elliot was released from prison in 2019 and was on lifetime parole at the time of his most recent attack. He was apprehended in a hotel that was being used as a homeless shelter, where he was staying, police told CBS News.

Thanks to assistance from the public and excellent investigative work by @NYPDHateCrimes Detectives, the individual wanted for Monday’s assault of a 65 year-old Asian female, at 360 West 43rd St, was arrested and charged with Felony Assault as a Hate Crime. pic.twitter.com/ZQRVGZEAb2

The incident sparked national outrage as with both lawmakers and activists called for reform and action on the surge of violence against Asian Americans. The bystanders’ reluctance to help the woman during the assault sparked condemnation from people of all different backgrounds, who noted the need for training in addition to policy on how to address such incidents should they occur in front of you.

“I don’t care who you are, I don’t care what you do, you’ve got to help your fellow New Yorker,” Mayor Bill de Blasio said at a news conference. “If you see someone being attacked, do whatever you can. Make noise. Call out what’s happening. Go and try and help. Immediately call for help. Call 911. This is something where we all have to be part of the solution. We can’t just stand back and watch a heinous act happening.”

Activists noted that the lack of bystander intervention in many incidents has led to a fear that should such an assault happen to you, even in broad daylight, no one will be there to support you.

“When I look at the video, the inaction is what’s heartbreaking,” said Mon Yuck Yu, a health advocate for immigrants in New York, told The New York Times. “If you are being attacked, the community will not be standing for you.”

According to The Washington Post, a second attack that occurred on Monday against the AAPI community is still under investigation. Video footage of the incident shows an Asian man wearing a backpack being shoved by another passenger, who then starts punching him in the face repeatedly. The passenger then locks the man in a chokehold and tightly grips his neck until he passes out on the floor of the train.

(Warning: The Twitter thread below contains violent video, photos, and language that may not be suitable for all readers.)

We need the public’s help. The NYPD is aware of this video and is investigating. Anyone that has information regarding this incident is urged to call or DM @NYPDTips 1-800-577-TIPS and provide additional details including the date and time of occurrence. @NYPDTransit @NYPDnews https://t.co/fJmZC1QJac

Both of Monday’s anti-Asian incidents follow a string of attacks on the AAPI community. As anti-Asian crimes increase across the country, Asian Americans in New York have reported being punched in subway cars in addition to being spat on and hit with metal pipes—all incidents tied to misconceptions on how the COVID-19 pandemic spread and xenophobic language used by individuals like Donald Trump.

“We’ve gone from being invisible to being seen as sub-human,” Rep. Grace Meng tweeted. “We just want to be seen as American like everyone else.”

According to an analysis released by the Center for the Study of Hate and Extremism at California State University, while hate crimes decreased overall by 7% last year, those targeting Asian people rose by nearly 150%. New York accounted for the largest surge with an 833% increase from 2019.

As a result of the increase in anti-Asian crimes across the country, the White House announced initiatives to address anti-Asian violence on Tuesday. According to Politico, President Joe Biden will establish a committee to address xenophobia against Asian Americans as part of his COVID-19 Health Equity Task Force. Additionally, in a memo released to all Justice Department employees, Attorney General Merrick Garland announced a 30-day review to assess the government’s tracking capabilities and prosecution of all hate offenses.

“The recent rise in hate crime and hate incidents, particularly the disturbing trend in reports of violence against members of the Asian American and Pacific Islander community since the start of the pandemic, requires renewed energy,” Garland said in the memo.

We can’t be silent in the face of rising violence against Asian Americans. That’s why today I’m taking additional steps to respond–including establishing an initiative at the Department of Justice to address anti-Asian crimes. These attacks are wrong, un-American, and must stop.

For training on bystander intervention, check out these free workshops that allow individuals to learn how to take action to protect the AAPI community without compromising safety.