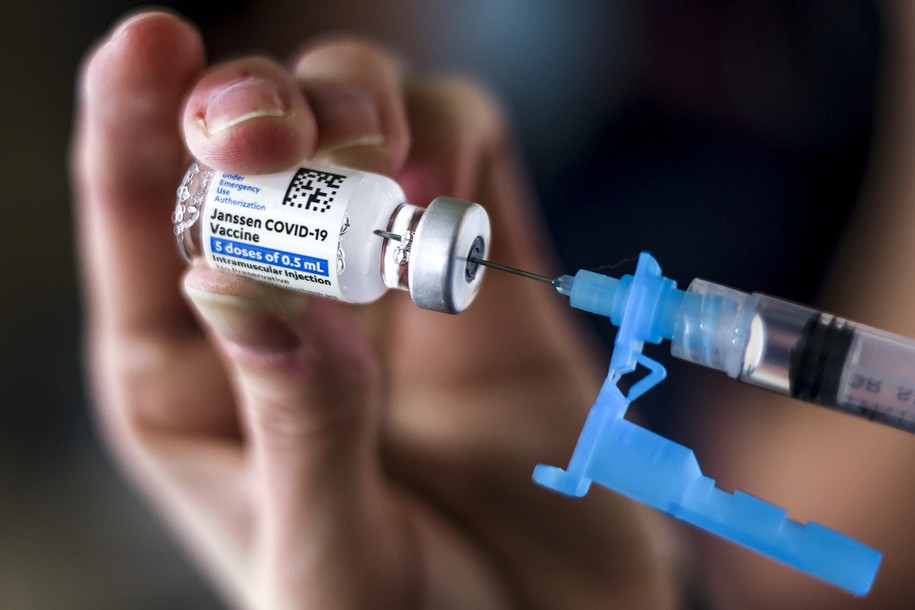 On Wednesday, Johnson & Johnson issued a statement saying that the company met its commitment to deliver 20 million doses of COVID-19 vaccine within the United States by the end of March, and still expects to produce an astounding billion doses around the world before the end of 2021. However, there was definitely some bad news mixed with the good. As in millions of doses of vaccine had to be destroyed, and shipments of new vaccine have been temporarily halted.

One of the sites manufacturing Johnson & Johnson’s vaccines is Emergent BioSolutions. Emergent doesn’t actually make the vaccine, but it does dilute the vaccine to its final level, along with adding the right mix of preservatives and salts. It then puts the vaccine in final packaging for delivery and administration. However, Emergent also delivers vaccine for AstraZeneca, and it appears that at some point the materials for these two lines got crossed up. As a result, “one batch” of Johnson & Johnson vaccine was improperly prepared, and will not be used.

This is far from the first time Emergent has been in a similar position. As the Associated Press notes, the FDA has repeatedly citied the company for quality control issues. There have also been safety problems, including a “continued low level mold and yeast” found in facilities.

Johnson & Johnson does not report the size of this “batch.” However, The New York Times has set the number of spoiled doses at “up to 15 million” doses. While that could put a definite dent in the doses shipped over the next few weeks as quality control issues at Emergent are worked out. However, all existing doses of Johnson & Johnson’s one-shot vaccine were actually produced at a plant in the Netherlands and are unaffected by this issue, and this isn’t expected to derail U.S. progress toward 200 million vaccinations in the first 100 days of President Joe Biden’s administration.

Part of Biden’s big infrastructure plan is the return of a Civilian Conservation Corps that can work on a whole new generation of projects across the nation. But while the nation is waiting for CCC2, the Associated Press reports that Biden is bringing together a “community corps” involving public health resources, athletic teams, churches, and local organizations to increase speed of vaccinations and improve vaccine acceptance.

The idea is to lean on “trusted validators” within the community—whether that means coaches, well-known athletes, pastors, or respected members of local and national organizations—to reassure skittish community members about the safety and efficacy of the vaccine. Along with this will come an advertising campaign aimed at improving vaccine acceptance,

The initial plan is to aim this effort at driving up acceptance in Black and Latino communities. However, Civiqs shows that these are actually the communities which already have the highest level of vaccine acceptance. As of March 31, 79% of Black Americans say they have already been vaccinated or intend to do so. Latino support hits exactly that same number. However, support for the vaccine among white Americans is over 20 points lower.  That’s because 40% of Republicans continue to say they will not accept the vaccine.

Increasing vaccine acceptance among the Black and Latino communities is certainly necessary. And 100% is better than 79%, and every gain made in those communities will help to offset vaccine hesitancy elsewhere. Even so, it might be worth saving some of those ads to make an attempt at cracking the so far undented wall of Republican vaccine resistance.

In the early weeks of the pandemic, few areas suffered as badly from COVID-19 as the Navajo Nation. The sprawling territory that covers much of northeast Arizona, as well as portions of neighboring states, has been plagued by a chronically underfunded health service. Add in poor infrastructure that requires many residents to travel just to get drinking water, and a high rate of both hypertension and diabetes, and both infection and mortality rates were devastating.

Just three months ago, CNN reported on the plight of isolated Navajo elders facing a shortage of funds, care, and vaccine. Confronting a spike in new cases and a rising death toll, the Navajo were losing not just family members, but the heart and memory of the community.

The pandemic situation in the Navajo Nation is still far from ideal. Schools remain closed, and many services are still available only online; which is an issue in an area where getting online can be a challenge. Unlike many areas, tight social distancing guidelines are in place for many businesses, and a 10 PM to 5 AM curfew remains in place.

On Thursday, the Navajo Epidemiology Center reported that the death toll from COVID-19 has reached 1,247—which is a higher number than seven states. However, they also logged just 15 new cases, compared to over 700 in the remainder of Arizona. and the seven-day average has actually been lower than at any point since the first weeks of the pandemic. A check of vaccination rates on The New York Times vaccine tracker shows that the counties that make up the nation now have some of the highest rates of vaccination in the United States. With continued careful action and expanded vaccination, the Navajo Nation is outpacing most states in reducing the overall number of cases and protecting the population.

Age of vaccine availability, and testing is going down

President Biden has asked states to have vaccine available to all adults by May, and signs of progress in opening up vaccinations are widespread. California has now begun offering vaccine to those over 50, with a target of expanding availability to everyone over 16 by mid-month. Virginia has announced that vaccine will be available to all adults by April 18. Washington is targeting April 15. Connecticut is planning to make the vaccine available to all adults … today. That adds it to a list of states, including Alaska, Arkansas, Louisiana, Minnesota, Mississippi, Montana, Ohio, Oklahoma, South Carolina, Texas, Utah, West Virginia, and Wyoming that are already open to everyone over 16. In the next ten days, another dozen states join that list. Multiple states have accelerated previous schedules and it seems safe to say that every state is on track to make the vaccine universally available before the end of the month.

But as everyone is making vaccine available for those over 16, they may need to soon lower that age again. On Wednesday, Pfizer announced that their vaccine is safe and effective in children as young as 12. In fact, the efficacy in testing to date was an astounding 100%. It will take some time for the FDA to issue new guidelines, but it can be expected that vaccine will be available to most middle school and high school-aged children in time for the fall semester.

For everyone who just waited out three weeks and two shots, the idea that the vaccine might need a do-over within a few months doesn’t sound great. But the truth is, the only way to be sure how well the vaccine lasts is by looking at the data for people who had the vaccine during the trial, and that data is simply not that old.

But on Thursday, Pfizer and partner BioNTech announced that their vaccine is 91.3% effective at preventing COVID-19 over a period that runs from seven days, to six months after the second dose. Over that same period, the vaccine was 100% successful in preventing severe disease among the more than 44,000 patients in the trial.

There doesn’t seem to be any indication that efficacy is decreasing over this period, and the vaccine was still effective even in areas were most cases from more contagious recent variants. It’s likely that the vaccine will be effective over a considerably longer period, hopefully a year or more. However, that’s something that can’t yet be stated for certain. Check back in six months.

B.1.1.7 variant breaking out in the United States

Not all new can be good news. CNN is reporting that the highly contagious B.1.1.7 variant is becoming dominant in several areas of the United States. That includes Michigan, where this new variant is one of the factors driving a rising spike of new cases, and New Jersey, where cases counts have exceeded those during the original surge in the Northeast.

Unfortunately, one of the areas with high rates of this fast-spreading variant is Florida. As in the state that just played host to the spring break superspreader event. Which could mean that a lot of states are about to get a fresh injection of this variant.

The data from tests indicates that the current generation of vaccines—including Pfizer, Moderna, and Johnson & Johnson—are all effective against the B.1.1.7 variant. The expanded availability of vaccines, and the faster rate of vaccination, are critical to resolving the pandemic. However, the growing dominance of this variant is another example of why social distancing rules need to remain in place until enough Americans have been vaccinated to affect the rate of transmission.

On Wednesday, the 7-day rolling average for new cases in the United States slipped above 65,000 again for the first time in a month. That high level of cases shows that there is still an enormous threat of another surge in cases.