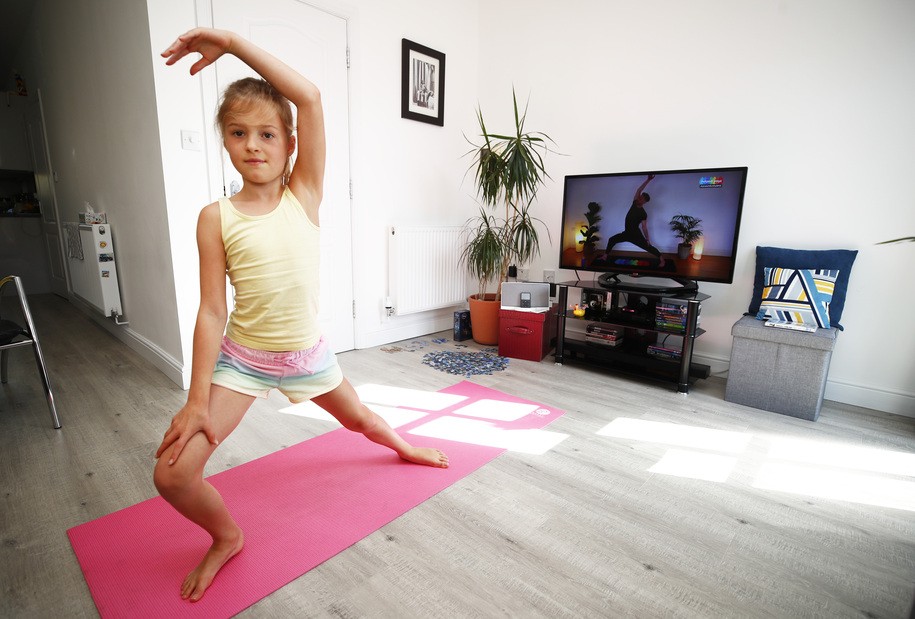 Did you know that for 28 years, Alabama has had a ban on teaching yoga in the Yellowhammer State? Well, it’s true. Since 1993, the Alabama board of education has blocked yoga, hypnosis, and meditation from public schools. According to Newsweek, the state’s guidelines explain it this way: “The State Board of Education specifically prohibits the use of hypnosis and dissociative mental states. School personnel shall be prohibited from using any techniques that involve the induction of hypnotic states, guided imagery, meditation or yoga.” [Insert your eyes widening in disbelief here.]

Since 2019, Democratic Rep. Jeremy Gray has been trying to get the ban lifted because it’s … bewildering, provincial, and bewildering again. A couple of weeks ago, Gray’s bill—HB235—that would override the ban was passed through Alabama’s House of Representatives with a 73-25 vote. At the time, Gray, who has taught and practiced yoga for years, told The New York Times that he was hopeful: “Most of the senators that I’ve talked to are OK with it. A lot of people in their districts have reached out to them, and a lot of their wives actually do yoga. So I think it has a good chance of passing.”

Alabama’s state senate has 35 seats, 27 of which are filled by Republicans. I’ll give you one guess.

The Associated Press reports that on Wednesday, the bill stalled in the Alabama Senate Judiciary Committee. How come? “During a hearing, two conservative groups objected because of yoga’s historic ties to Hinduism.” When they aren’t turning your kids Muslim I guess they’re exercising them into Hinduism? It’s hard to say how this works in the mind of the right.

The Alabama Citizens Action Program (ALCAP) legal adviser, Eric Johnston, told the Times that yoga’s important place in the Hindu religion made it dangerous; he said that “it does not need to be taught to small children in public schools.” ALCAP was one of the groups testifying against the bill in the senate committee. To be clear, Johnston says that he does not oppose the practice of yoga as it’s already accepted and taught at some Christian churches. The issue is the slippery slope defense that the religious right has used for years. “You cannot have any kind of religious activities in elementary schools.” Remember how same sex marriage was going to end in all of us marrying houseplants and pets?

“I can give you a ton of reasons why yoga is beneficial and those reasons are backed by studies and data,” he continued. “There is no study to my knowledge that says doing yoga exercise converts people to Hinduism.”

Gray was not unaware of the ignorance he was facing in trying to get this baseless ban lifted. Gray himself was introduced to yoga as a college football player and considers himself a practicing Christian. He had hoped that by “compromising” and focusing the bill on the physical health benefits of yoga—and specifically prohibiting language that could be perceived as the more religiously connected aspects of yoga practice—might help move this legislation past the less open-minded* among us.

Gray says that the committee stalled at 4-4, but Republican Sen. Tom Whatley chose to carry the bill over, meaning that the bill is not completely dead and can continue to be worked on without starting from scratch. Gray told reporters that he was thankful to Whatley for keeping the bill alive. “I can give you a ton of reasons why yoga is beneficial and those reasons are backed by studies and data. There is no study to my knowledge that says doing yoga exercise converts people to Hinduism.”

Turns out President Obama was a globalist sleeper cell agent trying to turn our country into a Muslim Caliphate filled with Marxist Hindi yoga soldiers. Open your eyes, man!

*Is it still called being “open-minded” if everyone else’s minds have been “opened” to something for decades, if not thousands of years?