Judge tosses Trump-era pork processing speed-up, this week in the war on workers 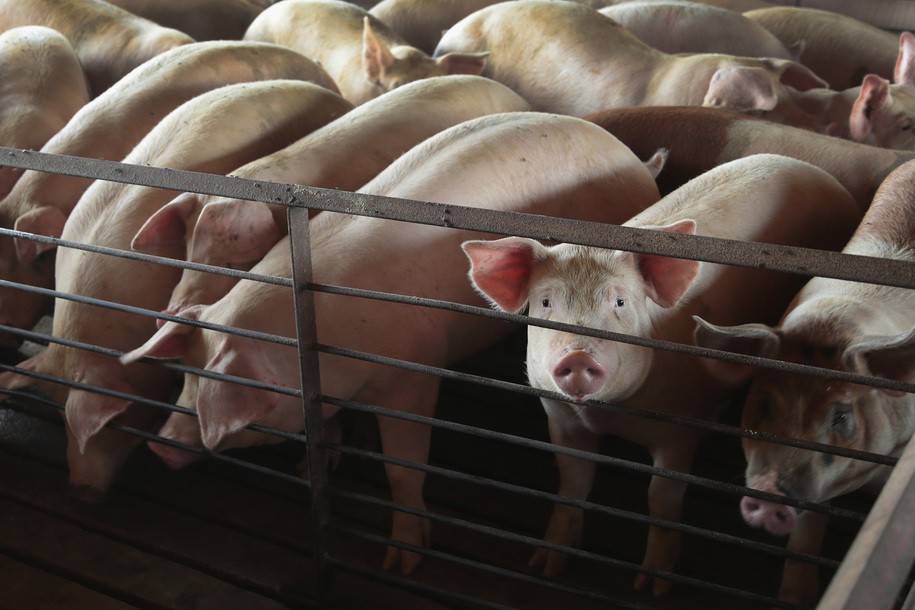 According to U.S. District Judge Joan Ericksen, the U.S. Department of Agriculture “expressly identified worker safety as an important consideration and requested public comment on whether increasing line speeds would harm workers. Then, after receiving many comments raising worker safety concerns, FSIS rejected the comments and eliminated line speed limits without considering worker safety.” Faster line speeds lead to increased harm to workers, from repetitive motion injuries to knife injuries. And while the Trump rule allowing pork plants to increase line speeds as much as they wanted included a nod to cleanliness … realistically that’s going to suffer too, and the speed increase came as many government inspections were replaced by company-run inspections, with predictable results.

”An agency can’t put its hands over its ears and refuse to consider facts that cut against its policy preferences, as USDA did here in ignoring workers and public health advocates, and blindly following industry’s wishes,” said Public Citizen’s Adam Pulver, who represented workers from the United Food and Commercial Workers.

The Biden administration has already withdrawn a similar speed-up for poultry processing plants that hadn’t yet gone into effect.

A decade ago, the bill got little attention. But last year in September, it passed the House with bipartisan support, with every Democrat voting in favor and 103 Republican joining them. It has gained the support of the U.S. Chamber of Commerce, and 30 states across the country have already adopted their own versions — including Southern states like Kentucky, Tennessee and South Carolina. The pandemic and the election derailed a Senate vote last fall, but this year, advocates think the bill is finally poised to pass. It has 19 Republican cosponsors in the House.

● Seriously, though? Catching COVID-19 at a COVID-19 vaccine production facility.

● The PRO Act could do more than revive unions, Sarah Jones writes.

Unions, after all, are simply made up of workers; bills that are good for the former tend to be good for the latter. Workers who face racial and gender discrimination on the job could benefit the most from the PRO Act’s provisions. In unions, said Celine McNicholas of the Economic Policy Institute, “workers of color are not experiencing the same sort of wage suppression that they are in other, non-unionized settings.” Union membership thus correlates to lower racial wealth gaps. “The PRO Act promotes greater racial economic justice because unions allow for collective bargaining, essentially shrinks Black-white wage gaps, and brings greater fairness in terms of hiring opportunities,” she added.

● In Illinois, the Secure Jobs Act would overturn at-will employment.

“In the at-will employment system, workers are treated as disposable,” said Sophia Zaman, executive director of Raise the Floor.

The act would require employers to provide a written reason for terminations and progressive discipline to allow workers to improve. It would ban actions designed to force workers to quit, such as reducing hours, and would prevent companies from using electronic monitoring as evidence in employee discipline.

Amazon warehouse workers expose the sexist working conditions they deal with every day. Women are given impossibly short bathroom breaks, forced to choose between their families and jobs, and face routine sexual harassment. They voted union YES to change that. pic.twitter.com/nvDTvdPxgA

Undocumented workers in NY have been on a hunger strike for 17 days. And they’ve been largely ignored by most media. They’ve been left out of all COVID relief because of their immigration status. They’re demanding aid for excluded workers be included in @NYGovCuomo’s budget. pic.twitter.com/pdk3A7ZsqH