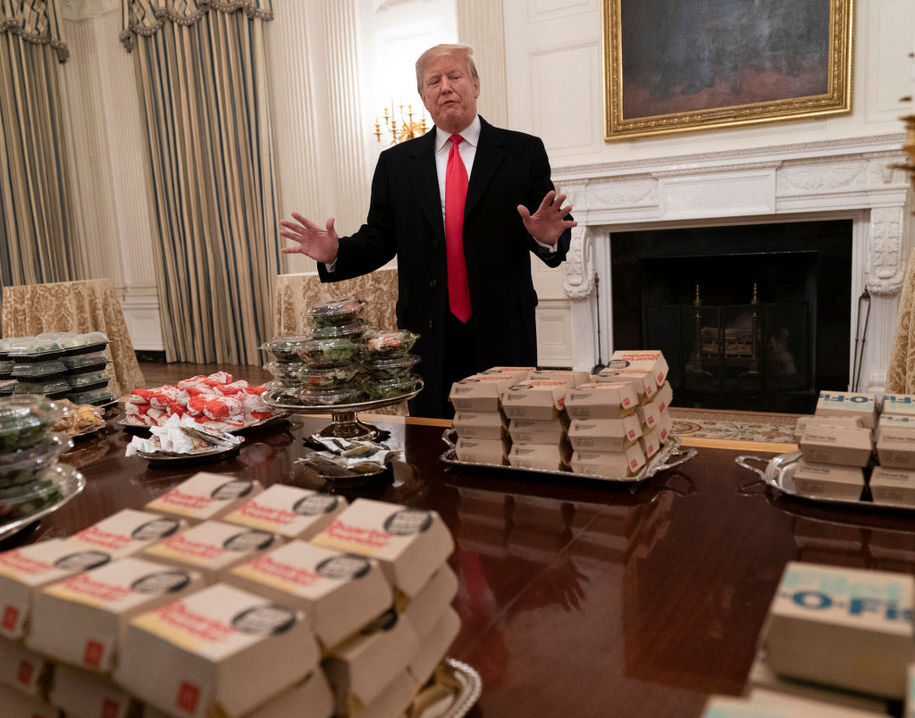 This may be the Trumpiest story in the history of Trumps. Greed. Dishonesty. Penny-pinching penury. And, of course, McDonald’s. In other words, the four pillars of Trumpism.

One of Donald Trump’s former bodyguards is (finally) speaking out about a 2008 McDonald’s order that he paid for on behalf of Trump, and for which Trump has yet to pay him back. At the very least, the bodyguard’s goodwill gesture should be enough for an honorary associate degree from Trump University, but the dude got bupkis in exchange for his largesse. And now he’s got a message for the rest of the world: Don’t buy Trump’s McDonald’s order or his bullshit.

UK’s The Independent has the story, via The Daily Mail, which, admittedly, sucks—though I can only assume that even The Daily Mail can handle transcribing interviews.

Kevin McKay, who worked for Mr Trump in Scotland for five years until 2012, said he bought “20 cheeseburgers and fries” for the future president in 2008 after a visit to the Aberdeenshire site on which his Trump International golf course was later built.

Mr McKay said the 45th US president told him he would pay back the money, “but never did”.

“For much of the time I was working for him, I kept thinking he would say, ‘Kevin, here’s that money I owe you,’ but it didn’t happen,” Mr McKay, 50, told MailOnline.

Now, I like to give people the benefit of the doubt whenever possible, and so it’s important to point out that neither Trump nor McKay is dead yet. McKay could still get that money—if, for instance, Trump becomes president again and sets the funds aside in his omnibus infrastructure bill or his perpetually two-weeks-hence healthcare plan.

Of course, by the time 2008 rolled around, Trump’s reputation as a cheap, unscrupulous fuck who stiffs his contractors had long preceded him. But as far as McKay knew, this was just a regular guy who bragged about being a billionaire and whose apartment looked like it had been dive-bombed by a golden goose with meteoric diarrhea … but who, for some reason, still needed someone else to pay for his Quarter Pounders.

According to McKay, Trump conveniently had no UK cash on him and asked if anyone could front him.

“I said, ‘Sure’ and took everyone’s order—about 20 cheeseburgers and fries with around 10 or 15 Coca-Colas,” McKay said. “I think Mr Trump ordered two cheeseburgers with fries and a Diet Coke—that was his usual order and he always wanted McDonald’s to take with him on the private jet. It cost me about £95 [around $130] in total and Mr. Trump told me, ‘You’ll get it back.’”

Eventually, though, McKay did learn his lesson, even if roughly 74 million Americans never did.

“I thought he was an okay guy when I first started working for him, but I guess that as we have all come to see, he is not a man of his word,” McKay said.

Then again, there’s only one promise I want Trump to keep:

I’m Joe Biden and I approve this message. pic.twitter.com/TuRZXPE5xK

Sorry, Mr. McKay. You’ll need to get in line, because this is the one and only Trump promise most of us care about. Unfortunately, there’s a lot better chance he’ll pay you back for his McDonald’s than that he’ll ever stay the fuck out of our now-squalid lives.