Voting rights, an alleged conspiracy, and the death of a legend 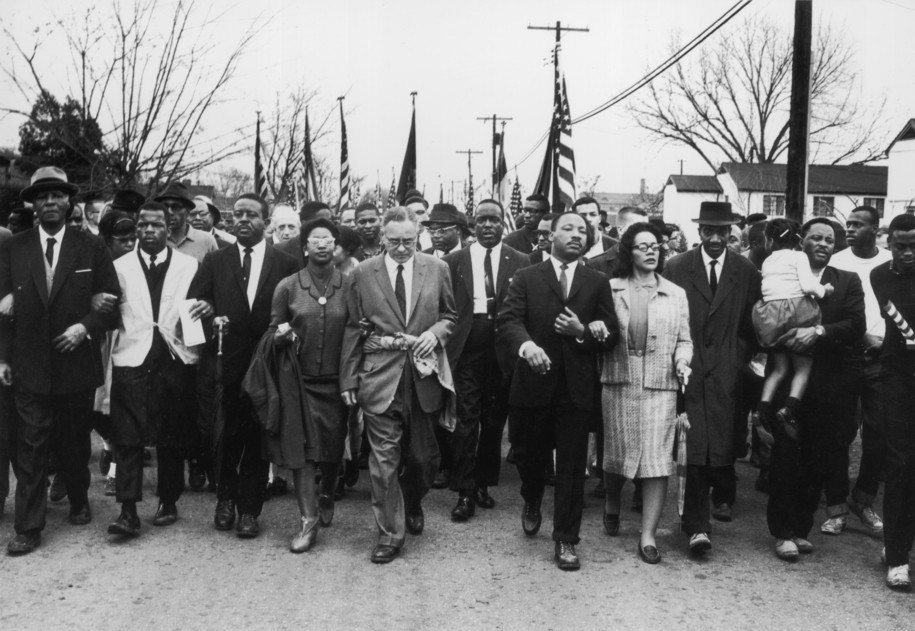 On this day 53 years ago, Martin Luther King Jr. was fatally shot in 1968 outside the Lorraine Hotel in Memphis. His children, other activists, and the scores of people the civil rights leader impacted took to social media on Sunday to honor his legacy and bring attention to the continued fight for equality today. Bernice King, the youngest child of Martin Luther King Jr and the chief executive of the Martin Luther King Jr. Center for Nonviolent Social Change, tweeted: “53 years ago today. One week after my 5th birthday. You were gone. Assassinated for answering a call to conscience, for speaking truth to power, for being a drum major for justice who sought to rid the world of racism, militarism and poverty. I miss you. Still. Always.”

She told the Grio in an exclusive interview she believes her father’s assassination was a conspiracy between federal, state, and local governments and included the mafia. “I mean we had a civil trial that we opened in 1998/99 and proved that it was conspiracy that involved federal, state, local and even, you know, the mafia that was involved in the assassination of my father,” she said. “So that’s on record.”

The U.S. Department of Justice has, however, concluded that allegations made in the case weren’t credible. Federal officials said in an online case overview:

On August 26, 1998, the Attorney General directed the Civil Rights Division of the United States Department of Justice, assisted by the Criminal Division, to investigate two separate, recent allegations related to the April 4, 1968 assassination of Dr. Martin Luther King, Jr. These allegations emanate from Loyd Jowers, a former Memphis tavern owner, and Donald Wilson, a former agent with the Federal Bureau of Investigation (FBI).

In 1993, 25 years after the murder, Jowers claimed that he participated in a conspiracy to kill Dr. King, along with an alleged Mafia figure, Memphis police officers, and a man named Raoul. According to Jowers, one of the conspirators shot Dr. King from behind his tavern.

Wilson alleged in 1998 that shortly after the assassination, while working as an FBI agent, he took papers from the abandoned car of James Earl Ray, the career criminal who pled guilty to murdering Dr. King. Wilson claims he concealed them for 30 years. Some of the papers contained references to a Raul (the alternate spellings, Raoul and Raul, are discussed in Section I) and figures associated with the assassination of President John F. Kennedy. According to Wilson, someone who later worked in the White House subsequently stole the other papers he took from Ray’s car, including one with the telephone number of an FBI office.

Both the Jowers and the Wilson allegations suggest that persons other than or in addition to James Earl Ray participated in the assassination. Ray, within days of entering his guilty plea in 1969, attempted to withdraw it. Until his death in April 1998, he maintained that he did not shoot Dr. King and was framed by a man he knew only as Raoul. For 30 years, others have similarly alleged that Ray was Raoul’s unwitting pawn and that a conspiracy orchestrated Dr. King’s murder. These varied theories have generated several comprehensive government investigations regarding the assassination, none of which confirmed the existence of any conspiracy. However, in King v. Jowers, a recent civil suit in a Tennessee state court, a jury returned a verdict finding that Jowers and unnamed others, including unspecified government agencies, participated in a conspiracy to assassinate Dr. King.

Our mission was to consider whether the Jowers or the Wilson allegations are true and, if so, to detect whether anyone implicated engaged in criminal conduct by participating in the assassination. We have concluded that neither allegation is credible. Jowers and Wilson have both contradicted their own accounts. Moreover, we did not find sufficient, reliable evidence to corroborate either of their claims. Instead, we found significant evidence to refute them. Nothing new was presented during King v. Jowers to alter our findings or to warrant federal investigation of the trial’s conflicting, far-ranging hearsay allegations of a government-directed plot involving the Mafia and African American ministers closely associated with Dr. King. Ultimately, we found nothing to disturb the 1969 judicial determination that James Earl Ray murdered Dr. King or to confirm that Raoul or anyone else implicated by Jowers or suggested by the Wilson papers participated in the assassination.

Bernice King said she can’t forget autopsy photos of her father that seemed to depict him being shot mid-sentence. “I thought about the notion that as far as the gunshot rings out, it was like saying, ‘now shut your mouth,’” she told the Grio.

53 years ago today. One week after my 5th birthday. You were gone. Assassinated for answering a call to conscience, for speaking truth to power, for being a drum major for justice who sought to rid the world of racism, militarism and poverty. I miss you. Still. Always. pic.twitter.com/jXcwYWLep0

Along those lines, MSNBC host Ali Velshi detailed in a Twitter thread just how King’s fight is still relevant today as 72 Black executives unite to fight restrictive voting legislation throughout the country. “King’s dream, that all people be judged by the content of their character, and not by the color of their skin, is a fight that continues today and was the reason King received a Nobel Peace Prize just three years earlier. He was celebrated with high honors in NYC. #velshi,” Velshi tweeted.

“The reception in his hometown, Atlanta, however, was a different story,” the journalist added. “It was 1964 Atlanta was still a self-segregated city – so plans for an interracial dinner honoring King were not well supported by the city’s top business leaders. Tickets weren’t selling. #velshi”

Then, former Coca-Cola CEO J. Paul Austin decided to act when the Atlanta mayor gathered the city’s top business executives at the Commerce Club, Velshi reported. He said Austin “spoke bluntly” and said: “‘It is embarrassing for Coca-Cola to be located in a city that refuses to honor its Nobel Prize winner. We are an international business. The Coca-Cola Company does not need Atlanta. You all need to decide whether Atlanta needs the Coca-Cola Company.'”

The remarks seem noticeably similar to those Coca-Cola CEO James Quincey made recently against a new restrictive voting law in Georgia. Though, it’s worth noting Quincey’s remarks followed calls from Black leaders for the company to take a stand. “I want to be crystal clear,”  Quincey said on Wednesday. “The Coca-Cola Company does not support this legislation, as it makes it harder for people to vote, not easier.”

Velshi tweeted: “It’s not cancel culture to respond to democracy-weakening legislation. Stopping people from voting is cancel culture. And once again Coca Cola along with other major corporations based in Georgia have been called on (to) do the right thing.”

13/13 It didn’t take long for those companies to change their minds. The question now is, will Republicans making these laws do the same? #velshi

View other social media postings in honor of the late civil rights legend below:

53 years ago today, my father was taken from this world. 💔 I was only 10 years old when my father was killed, but at the time of his funeral, I fully realized the impact and importance of what my father was trying to do. Create a world of freedom, justice & equality for all. ❤️ pic.twitter.com/vOt929bs7P

Dr. King was 39 years-old when he was assassinated. 39. pic.twitter.com/GYQdYX4m9k

“We’ve got some difficult days ahead…I’ve looked over, and I’ve seen the promised land. I may not get there with you, but I want you to know tonight that we as a people will get to the promised land.” – Dr. Martin Luther King Jr., in his last sermon before he was assassinated pic.twitter.com/VUygVZz3w7