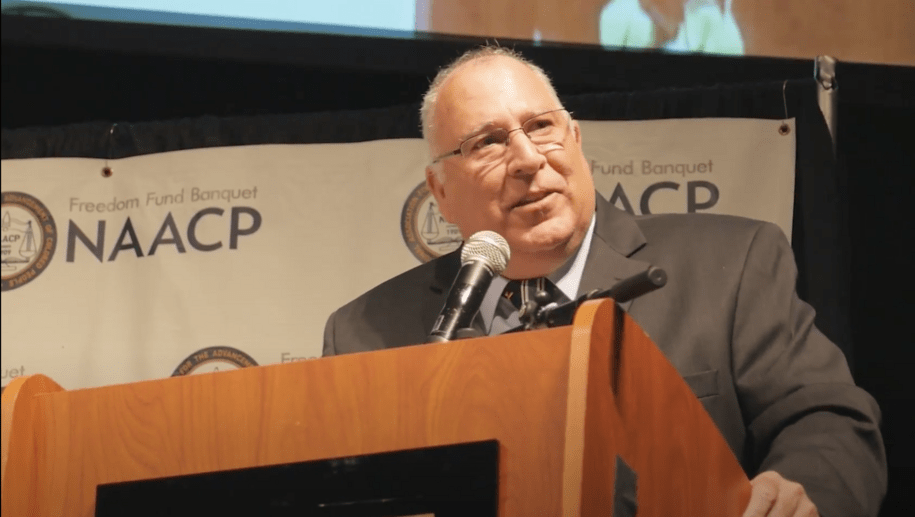 Just a few months into 2021, we’ve already seen Republicans push dozens of anti-trans bills across the nation. Some bills, as Daily Kos has covered, center on keeping trans girls out of girls’ sports, even beginning as early as kindergarten. Other bills aim to prevent transgender and nonbinary folks from updating their birth certificates. And, in yet another area, some legislation seeks to bar transgender youth from receiving gender-affirming medical care.

Our latest example comes out of Louisiana, where Republican state Sen. Mike Fesi recently introduced Senate Bill 104, a measure that would require minors to get written consent from parents or guardians before receiving psychological or medical care related to gender identity, as reported by LGBTQ Nation. To be clear, this means that minors would need to receive parental approval to even receive something like talk therapy or psychotherapy. Obviously, this legislation could bring deep harm to transgender—and even questioning—youth. We look at details of the bill, including Fesi’s justification of the legislation, and why it’s particularly dangerous to force trans youth “out,” below.

This bill defines “gender therapy” as “counseling or psychotherapy treatment founded on the position that, regardless of a person possessing physical attributes of a certain gender at birth, no gender identity, expression or experience by that person is any more valid than any other.” If both parents or guardians are available, they must both give consent.

On a physical level, this bill would apply to both “nonsurgical and surgical procedures,” treatments like hormones, puberty blockers, and surgery. If physicians and therapists provided such care without prior informed consent from parents or guardians, they could face fines. And if a youth brought up issues related to gender identity while seeing professionals for an unrelated reason, the healthcare professional would have to basically operate under a gag order and not address it, as reported by Big Easy magazine.

In an interview with Houma Today, Fesi told the outlet that there’s “a lot of stuff” going on across the nation when it comes to giving “kids the ability to make their own decisions” at young ages. He told the outlet he wants to “put it in perspective that it’s just like any other medical treatment.” Fesi continued by stating: “The parents have to sign off on it if a child has cancer and needs chemo treatment or needs some kind of surgery. I’m just putting this in the same position.”

No one should ever feel forced or pressured to “come out” about their sexual orientation or gender identity. Especially not minors who are, generally speaking, still vulnerable and living at home with parents or guardians. If enacted into law, this legislation would leave questioning and trans youth in a precarious position: Risk coming out in order to even begin receiving gender-affirming care, and then have to face the consequences if your parent doesn’t support you—all while still not receiving the care you were seeking.

Studies show that transgender youth already report higher rates of bullying, harassment, depression, anxiety, and even suicidal ideation. Transgender youth are already more likely to experience homelessness and leave high school without a diploma. Forcing minors to out themselves is unethical, irresponsible, and frankly, disturbing. Gender-affirming care is life-saving medical care, and politicians should be doing their part to bring safe, affordable, accessible access to more people, not less.

The bill will be considered by the Senate Health and Welfare Committee after the legislature’s regular session opens on April 12. If enacted, this legislation would take effect in early August 2021.