In a span of hours, Alabama Republican goes from denying an affair to apologizing for it 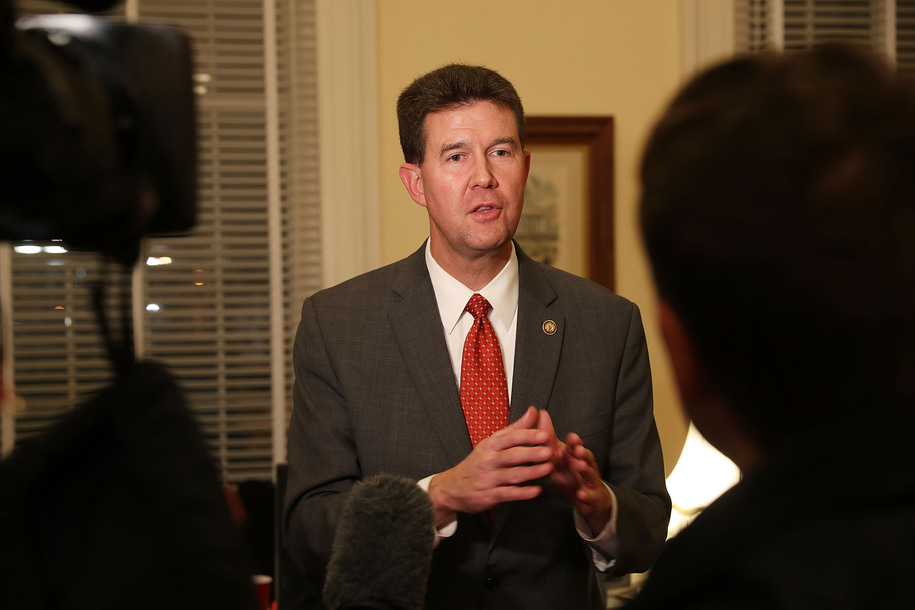 On Tuesday night, Alabama Secretary of State John Merrill denied allegations that he carried on a “sordid” affair with a Montgomery woman named Cesaire McPherson. McPherson detailed “a number of sordid accusations” about an affair she and Merrill had that lasted at least 16 months. McPherson also accused the Alabama Secretary of State of making racist comments. On Tuesday night and Wednesday morning, Merrill denied all of the claims, saying that McPherson was a stalker who he had to cut off online because she was obsessed with him. Merrill is married with two children and is a Republican who promotes all kinds of “family values” hooey.

On Wednesday afternoon, AL.com reported that Mr. Merrill is admitting to having “an inappropriate relationship” with McPherson. He also says that this admission comes with the extra special bonus that he will no longer be considering a run for the U.S. Senate seat that Republican Richard Shelby will be retiring from in 2022, “because I think it’s important to me to make sure that I become the man that I have been before and that I am working to put myself in the position to be the leader that I have been before, as a husband, as a father, as a friend and as an elected official.”

Cesaire McPherson appeared in a photo with Merrill and another woman back in November 2018, on Merrill’s Facebook page. Merrill wrote in the post: “I was delighted to see my friends Cesaire McPherson and Melissa Isaak today during their visit to the State Capitol! They have a strong interest in fairness in government and transparency in the political arena! They are committed to supporting candidates who support families first!”

McPherson gave a recording of a statement to AL.com saying, “I don’t want to say anything other than here’s the proof that John Merrill is a liar. Here’s the true John Merrill.” Why did Merrill so quickly turn around and admit he hadn’t “become the man that I have been before”? According to AL.com, it might have had something to do with the 17-minute recording McPherson furnished them with, purporting to be a conversation between Merrill and McPherson where they discuss doing a lot of sex together.

Merrill is best known around these here parts for his time in the Alabama state legislature where he worked hard to make it harder for Alabamans to vote and championed grotesque anti-immigrant laws, drug testing welfare recipients, and intense pro-birther legislation—and did that all while supporting the full repeal of the Affordable Care Act. Merrill argued that Rosa Parks and Martin Luther King Jr.’s fight for civil rights would be cheapened if Merrill allowed “somebody that’s too sorry to get up off of their rear end to go register to vote.” In that same interview, Merrill explained that “I’m not attracted to lazy people or sorry people or people who don’t want to get involved.” I guess he’s most attracted to not lazy people who aren’t his wife?

Like a lot of men hiding behind religion, Merrill reportedly attempted to say it was God that he was hoping would save him from continuing his affair with McPherson. During the conversation reviewed by AL.com, this exchange took place:

“I am not able to stay away from you, so that’s the reason why I have to have help in order to do that … the help is coming from the Lord,” he said.

“You already went against your marriage … So you’ve already done it, you can’t take that back, you can’t change it,” McPherson said.

Two years ago, during an appearance at the monthly Dekalb County Republican Breakfast Club, Merrill explained that the LGBTQ community and the focus on changing cultural understanding was eroding our country’s morality:

“[T]hat’s what we’ve allowed to happen,” Merrill said. “How have we allowed it to happen? There are no more good TV shows on like ‘Gunsmoke,’ ‘Bonanza,’ ‘The Virginian,’ ‘Andy Griffith,’ ‘I Love Lucy.’ We don’t have those shows anymore. We’re too interested in homosexual activities. We’re too interested in seeing how this family’s finding a way to mess on this family or to see how people are trying to date on TV, or having wife-swapping on TV. That’s what we watch. When we push back against that, and we quit allowing it to be in our homes – that’s how those changes have occurred because we’ve allowed them to slowly but surely come into our lives.”

Sounds like someone needs to start watching Gunsmoke again, I guess? It would be comical if sociopaths like Merrill didn’t leave a wake of emotional destruction affecting any and all women in his life.