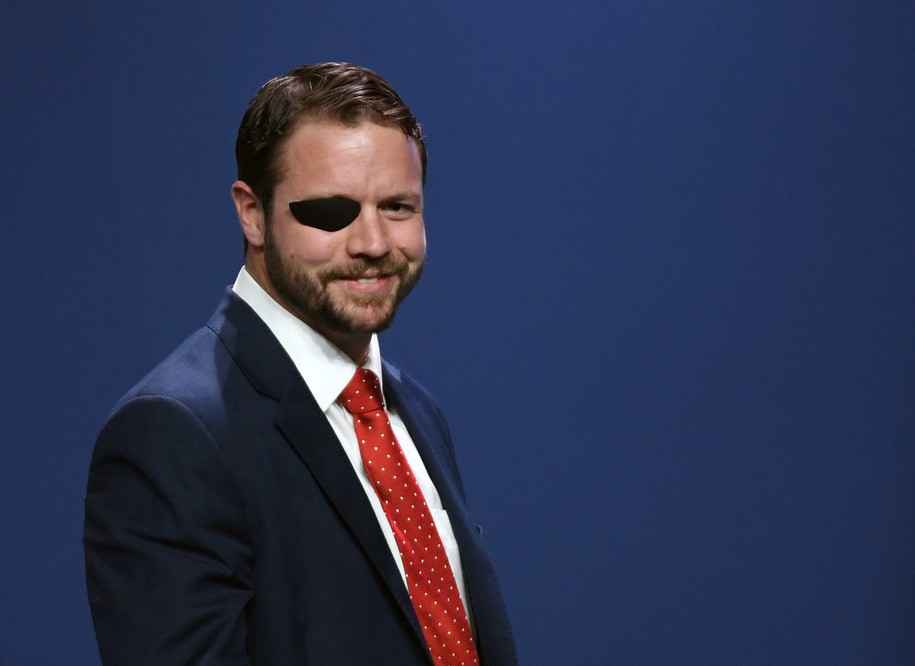 Wait, I’m confused. I thought we lived in a free-market democracy in which corporations are “people” with sacrosanct “opinions” (which, for some reason, usually come in the form of gobs and gobs of campaign cash).

So when corporations literally write their own legislation, it’s A-OK. That’s just what the Founding Fathers envisioned as they grew hemp and curated their expansive STD collections.

But if a corporation—for once—stands up for voting rights instead of endorsing a coal lobbyist as head of the EPA, now you’re talking Italy circa 1943.

And if insurance companies use their clout (i.e., money and influence) with members of Congress to prevent meaningful action on universal health care—you know, the system everyone else in the developed world has—again, that’s as God intended. But if they want to promote inclusive hiring or, I don’t know, oppose Jim Crow 2.0, suddenly it’s an undemocratic overreach.

Needless to say, it’s hard to take Republicans seriously as they bash the same corporations whose water they’ve been carrying for years, just because those companies decided—in the wake of a corrosive campaign to steal the 2020 election and a suite of pernicious voter-suppression laws that resulted from that Big Lie—to finally say enough is enough.

But then Republicans aren’t serious. And that was never more clear than in this clip from Fox’s The Ingraham Angle, with Texas Republican Dan Crenshaw and guest host Brian Kilmeade, whom I’ve warned numerous times, via Twitter, to switch to sniffing tomato paste in lieu of the hard stuff.

CRENSHAW: “I don’t think (corporations) understand how damaging their entry into politics is. For far too long already Americans are forced to watch a different late-night comedy show. Every time they watch a movie they have to deal with the fact that the actor they might be watching doesn’t like them, thinks that their ideas are stupid. And now we have to look at products or banks or airlines and think to ourselves, ‘Well, yeah, I want to buy this product or purchase this ticket, but these people hate me. They don’t think my ideas are good, or they lie about my ideas. They lie about what we want to do for election integrity.’ This is damaging our culture, it’s damaging our social fabric. They’re doing far more damage than they realize.”

Are they, though? I think they’re responding to the fact that an election that went more smoothly than any U.S. election in history and was conspicuously lacking in actual fraud was lied about consistently and used to justify a raft of Republican-friendly voter restrictions.

Later, after Kilmeade whined about “our” side already having Big Tech and being intent on “grabbing” Wall Street, he whined some more.

KILMEADE: “United Airlines wants to get a little bit more woke. They want to go out and say that 50% of the new hires from here on in are going to be women or people of color. United Airlines is officially stating this. They’re planning to train 5,000 new pilots in a new pilot training program by 2030, of which at least half will be women and people of color. What do you think about this idea?”

CRENSHAW: “I think just about every passenger that gets on a plane thinks to themselves, ‘I hope the pilot is qualified and can take off and land a plane safely.’ Look, if they want to virtue-signal, that’s fine.”

Yes, there’s simply no way women and people of color could ever land a plane safely. Who does Crenshaw think he’s talking to? This signal goes out into space where other civilizations might someday see it. And I don’t want them to think we’re all just a bunch of racist, misogynistic sea pirates. So maybe lay off the grampa-signaling for now, dude.

And then came the pièce de résistance. We progressives are … wait for it … fascists!

CRENSHAW: “What really pissed me off about United was the way they lied about the election integrity reforms that we’re trying to make in places like Georgia or Texas. They lied about it. They insinuated that these were voter-suppression laws [Narrator: they are], and clearly that’s not true. Clearly they didn’t read it. And again, they’re venturing into territory that they don’t understand, that they know nothing about, and in an attempt to what?

This is what I call the phenomenon that’s going on; it’s progressive fascism, because what is fascism? Well, it’s the regimentation of the economy, of society, and it’s the forced suppression of your opposition. That’s what’s happening right now. the Democrats have successfully captivated the institutions, you know, pop culture, Hollywood, our education institutions, and now our corporations into their own woke agenda. This is fascism. And they use cancel culture as a tool to impose their fascism on us.

So they’re always using this anti-fascist labeling against the right, but they’re the ones who actually engage in the tactics, and it’s time we expose that. It’s really what’s happening here and we should see it for what it is. Look, if they want to hire based on quotas and virtue-signal to us and imply that people didn’t have these opportunities to begin with, fine. But don’t lie about other policy. That’s what I really have a problem with.”

But, whatever. I guess now we all have to be super afraid of antifa, just like Ron Johnson.