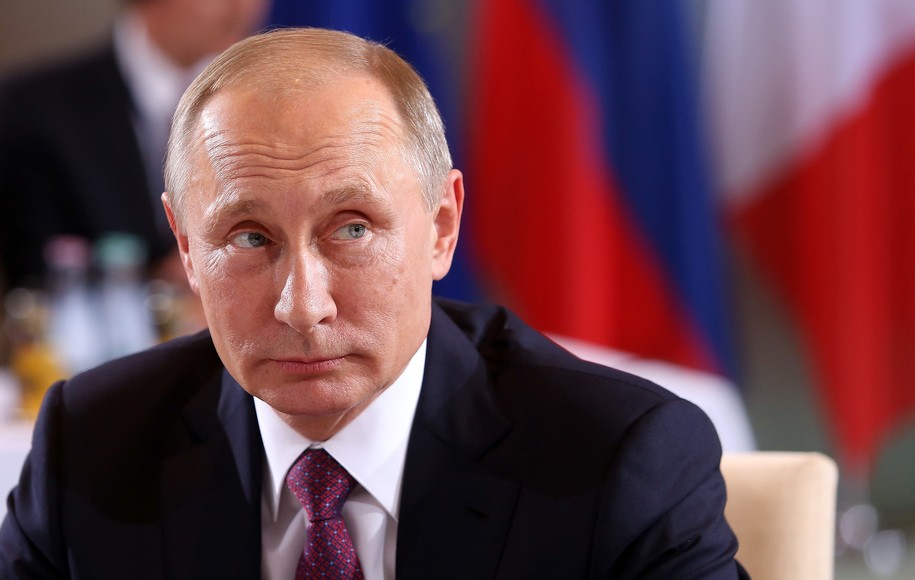 If you are unsure about what is happening along the Ukraine-Russia border, congratulations: You have something in common with countless foreign policy experts watching what’s happening along the Ukraine-Russia border. Russian tanks and troops are massing on the border in numbers not seen since the 2014 Russian seizure and occupation of Crimea, but the true intent of the buildup is not clear. Analysts have multiple theories, and they range from the usual Russian government showboating to a potential new invasion of Ukraine to things in between.

What’s clear is that Russian military forces are indeed being moved to the border as low-level fighting between Ukraine military forces and separatists backed by Russia escalates in eastern Ukraine. Russian justifications for the move range from “planned” exercises to arguments that they may need to invade Ukraine to prevent a Ukrainian massacre of Russian-speaking civilians, which are the before and after excuses of military aggression the world over. The Russian government is justifying possible intervention by claiming that the Ukrainian government might itself be planning a new assault on rebel-held Ukrainian territory, starting a full-scale civil war.

The Biden administration, in the meantime, is expressing both alarm and warning Russia against acting “recklessly” or “aggressively.” Ukrainian President Volodymyr Zelensky, now freed from Donald Trump’s personal demands and extortion attempts, is visiting the front lines and again prodding for NATO inclusion.

Now then, as to what the Russian government’s true intent might be: The Times throws out possibilities ranging from a Putin attempt to distract Russian attention from the continued imprisonment and mistreatment of political rival Aleksei Navalny to a “test” of the Biden government, while other analysis supposes the Russian move to be another effort to intimidate the Ukrainian government into concessions. Nobody can rule out a full-scale Russian invasion either, because Crimea, but at the same time Russian crime boss Putin has a long, long history of rattling the world’s cage after somebody has threatened his oligarchy with possible consequences, which the Biden government did within weeks of gaining office after four years of near-zero Trump administration response to aggressive Russian hacking, disinformation campaigns, and bounties on U.S. troops.

Intriguingly, the Times notes that the “U.S. threat of a cyberoperation against Russia in particular prompted Mr. Putin in January to hint at troubles ahead,” according to a Russian journalist and political expert. Putin’s implication was that possible nonmilitary U.S. retaliation against Russia for the last four years of bullshittery might escalate into “the risk of unilateral use of military force,” a threat of Russian military response to perceived western slights that Putin has relied on throughout his tenure.

Much like North Korea’s ever-pouting leadership, there’s no particular reason for Putin to not threaten regional war on a semi-regular basis. His popularity rests on being able to portray a weakened Russia as an outsized player on the world stage even decades after the Soviet Union’s collapse; the rest of his government relies on murdering journalists and opposition leaders who encroach too much on one-party power while ensuring riches are doled out to top government allies. He has no internal opposition to military saber-rattling, though his bid to maintain Russian power on the cheap through a mob-tinged version of nuclear madman theory perhaps has become a bit less provocative in its overuse.

Short version: There’s more reasons to believe Russia is using their military as cheap provocation than there are to believe an invasion is imminent, though Ukraine’s own at-war government is not likely to be comforted by those odds. Whatever the case, both the Biden administration and European allies are now being forced to make hurried contingency plans to deal with whatever the head Russian asshole intends to inflict on Europe this particular month.