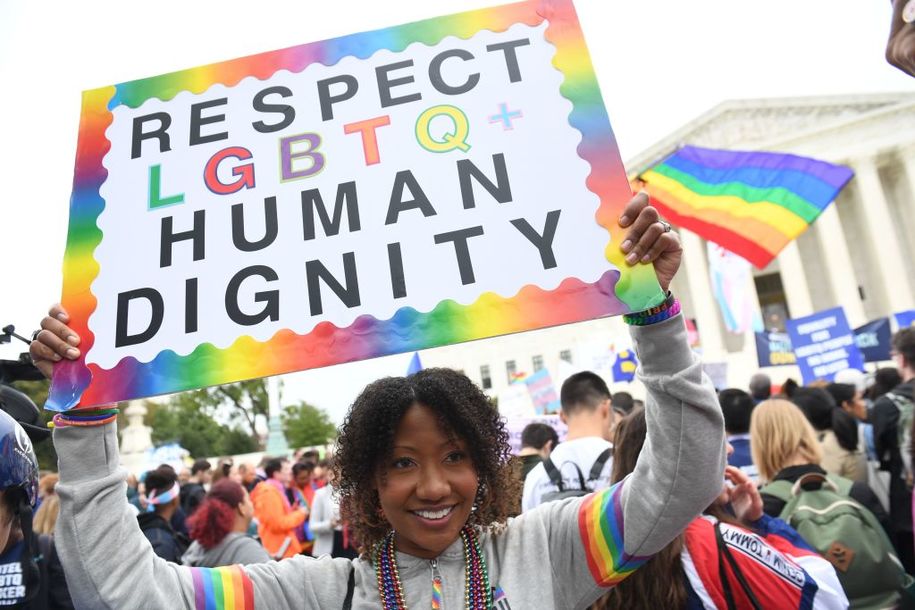 While hosting a large party or having a destination wedding are obviously not smart choices during an ongoing global pandemic, couples are continuing to get married for a number of reasons. People are also making future wedding plans. One such duo is McCae Henderson and Ike Edwards, a same-sex couple living in Raleigh, North Carolina, who have a wedding planned for April 2022. Lovely, right? Unfortunately, according to the couple, a venue in their home state doesn’t feel quite the same way.

As reported by LGBTQ Nation, the couple found a red flag when filling out paperwork for Highgrove Estate, a wedding venue in Fuquay-Varina, North Carolina, they were interested in, and noticed there was only room for “bride” and “groom” on the intake form. After they submitted their intake paperwork identifying them as two grooms, however, things went from bad to worse.

In an interview with ABC 11, Edwards, a dentist, explained he wrote in the notes section of the form that “we were a groom and groom.” He added: “It’s not like we can ignore that and then show up.” The couple didn’t even get to show up because within two days, the estate replied by saying the venue has “chosen not to participate in same-sex weddings at this time.” The reply also included suggestions for alternative venue sites.

In a statement to ABC 11, the owners said the venue has “always welcomed” guests and workers of “all orientations” and does not discriminate against people or a group. And what about the couple turned down for a wedding spot, you might wonder? When the news outlet asked owners about the specific couple, they responded by characterizing their response to the couple as “respectful” and “kind.”

They went on to say to the outlet: “When magazines and others chose not to do business with us because of this position, we respected that decision. That is their right. We do not judge them or retaliate because they chose to not respect our religious beliefs. The argument can just as easily be the same for us as we’re being made to feel like the other. We are not the ones attacking, slandering and threatening others for their beliefs.”

Mind you, being gay (or anything under the LGBTQ+ umbrella) is not a belief. It is not a choice.

So, how is this legal? North Carolina does not have a statute protecting against discrimination on the basis of sexual orientation or gender identity. So, as a private business, the venue can technically refuse to host same-sex weddings. As reported by local outlet WRAL, the spokesperson North Carolina’s attorney general confirmed this to the news station when a reporter inquired after hearing about the couple’s story.

And North Carolina isn’t an oddity in this, either. For example, as Daily Kos covered in early April, a tax preparer in Kentucky hung a sign in their window clarifying that they don’t “recognize” same-sex marriage. Legal? Technically, yes.

What can we do? Push for an Equality Act for federal protections. And remember that “red” and “purple” states are not places to simply shrug off. There are queer people (as well as other marginalized groups) in all of these places, even in those with the most anti-LGBTQ policies, and every single person deserves fair and equal representation and protections.

We must act now to urge our senators to vote “yes” to the Equality Act.

Sign and send the petition: The Senate must pass the Equality Act and stop the discrimination against LGBTQIA people.