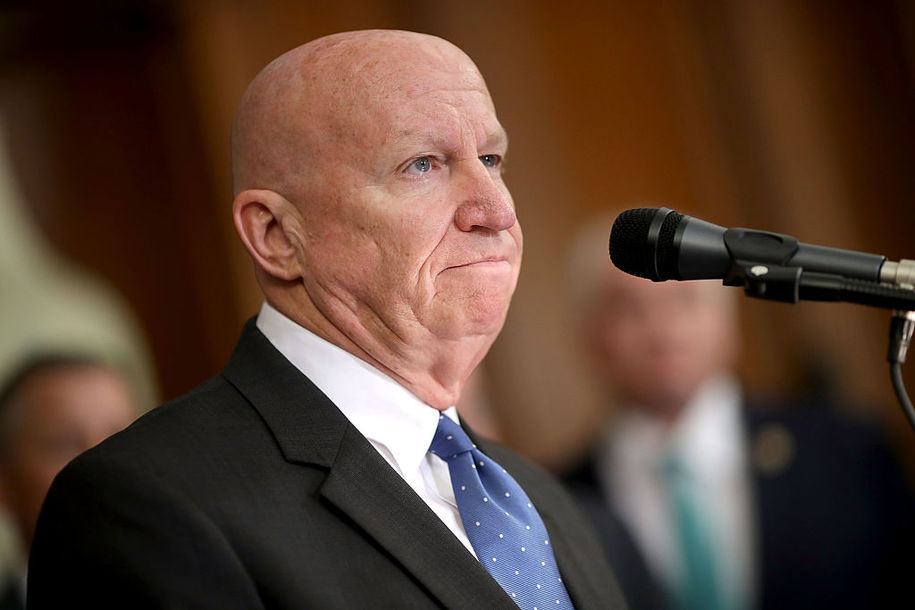 Republican Rep. Kevin Brady, who serves as top Republican on the influential House Ways and Means Committee, announced Wednesday that he would not seek a 14th term representing Texas’ 8th Congressional District. This seat, which includes the suburbs and exurbs north of Houston, backed Donald Trump 71-28 in 2020, and there’s little question that it will remain safely red turf after the GOP-dominated legislature completes redistricting.

Brady acknowledged that he was leaving in part due to internal party term limits that would have cost him his committee post in the next Congress. As The Hill’s Scott Wong notes, though, the next-most senior Republican on the panel is none other than the infamous California Rep. Devin Nunes.

Brady got his start in elected office in 1990 when he won a seat in the state House, and sought a promotion in 1996 to an open congressional district in what turned out to be an unexpectedly long campaign. Gene Fontenot, a wealthy physician who had unsuccessfully sought a different House seat two years before, led the primary with 36% of the vote, while Brady beat out another candidate 22-16 for the second runoff spot.

Fontenot took Brady to task for voting against the state’s concealed weapons law the previous year. Brady explained at the time how his father had been murdered while trying a case in a South Dakota courtroom, saying, “I couldn’t look Mom in the eye and vote for this.” (Brady would later become an ardent supporter of concealed carry laws.)

Brady won the Republican nomination 53-47, but just two months later, the U.S. Supreme Court ordered that four Texas congressional seats be redrawn for that year’s elections because of racial gerrymandering; the 8th District was not singled out, but its lines were also altered by the subsequent round of mid-decade redistricting. The state ultimately allowed all-party primaries to take place that November in the impacted seats, and Fontenot decided to run again.

Brady this time took first place with 41%, which was below the majority he needed to avoid a December runoff, while Fontenot was just behind with 40%. Their fourth bout of the year was another nasty affair, with Fontenot labeling his opponent “Shady Brady.” Major GOP establishment figures, including then-Gov. George W. Bush and Sens. Phil Gramm and Kay Bailey Hutchison, supported Brady, while Fontenot had the backing of social conservative leader Pat Robertson and defeated presidential candidate Pat Buchanan. Brady finally got his seat by winning their overtime contest 59-41.

Brady spent much of his time in Congress as a fairly low-profile figure who was close to the party’s leadership. In late 2014, he lost an internal party battle with Paul Ryan for the right to chair the Ways and Means Committee; the Washington Post would say later that Brady had “been criticized by lobbyists for his lack-luster fundraising performance and relatively weak private-sector connections.”

Ryan ended up becoming speaker a year later, however, and this time, he supported Brady’s successful bid to replace him as chairman. Brady would later use his powerful perch to help push through Trump’s 2017 tax bill.

The only time Brady had a serious re-election fight was 2016, when he faced a primary challenge from former state Rep. Steve Toth. Toth campaigned as an anti-establishment Republican who argued that Brady was out of step with the district’s conservative values. Brady took the challenge seriously and massively outspent Toth to win 53-37. The incumbent had no trouble winning his final two terms afterward.