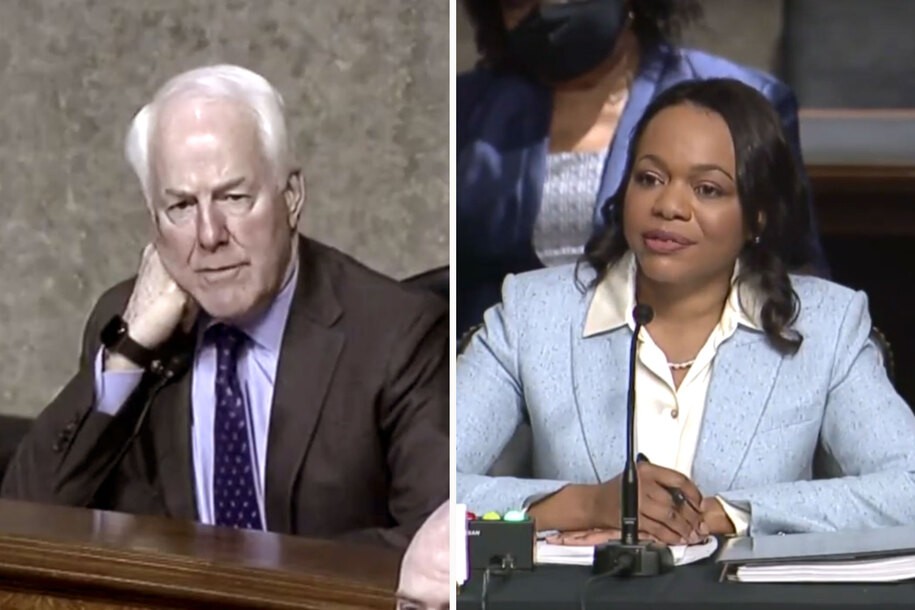 President Joe Biden’s nominee for U.S. assistant attorney general began going through the very partisan vetting process of a Senate committee hearing Wednesday. Kristen Clarke will become the first woman of color to head the Justice Department’s Civil Rights Division in its 46-year existence. It’s an important position, highlighted by the recent national reporting on the continuing epidemic of Black citizen deaths at the hands of our country’s law enforcement apparatus. The NAACP Legal Defense and Education Fund (LDF) has lauded the nomination, saying that “Ms. Clarke is precisely the person to restore the original spirit of the Civil Rights Division. She has dedicated her entire career to the enforcement and expansion of civil rights. Her extensive record of civil rights advocacy and enforcement, as well as her deep commitment to justice and professional integrity, makes us confident in her ability to excel as Assistant Attorney General for Civil Rights.”

The right wing of the country, having very little to offer but fear when it comes to race and civil rights discourse, has decided that the best way to attack Kristen Clarke’s nomination is to create the impression that she “hates white people.” It’s the old reverse racism argument used by racists, while they stare into the mirror with horror and fear of retribution for their sins. Sen. John Cornyn of Texas, famous for voting against all of the things he tells the electorate he secretly didn’t want to vote for, seems to have been under the impression that he had a real gotcha question and piece of evidence to unveil during the committee hearing. He didn’t. And he looked as pathetic as you might expect.

Sen. Cornyn began by passive aggressively saying, “Well maybe there’s a misprint, but I’m sure you can clear it up for me,” before bringing out evidence that when she was a young student at Harvard, she “argued that African Americans were genetically superior to ah [sic] Caucasians. is that correct?” (I left in the “ah,” because John Cornyn put it in there.) Without knowing what John Cornyn is talking about I can very confidently say that no, that is not correct. But let’s watch Ms. Clarke try not to laugh out loud while giving a serious answer to a clown of a senator.

John Cornyn grills assistant attorney general nominee Kristen Clarke about an article she wrote for her college paper, seemingly oblivious to the fact it was satire pic.twitter.com/qMG3LNg2AO

How people don’t just say “What the f!@#$ are you talking about?” all day long to people like Sen. John Cornyn is beyond me. You can read the article in question, written as a letter to The Harvard Crimson editors. Even if you are a slow reader, the “letter” takes only a couple of minutes to read. Sen. Cornyn and his staff are either too lazy (catastrophically incompetent in their laziness in this case) or they have decided to pretend it isn’t very clearly a baroquely pseudoscientific attack on the unbelievably pseudoscientific dreck written in Murray’s The Bell Curve. In fact, after reading the scientific bullet points laying out why Black people are superior to everyone according to the shiftless criteria of The Bell Curve, Clarke wrote this in her op-ed’s summation.

Attacks on Black people such as those in The Bell Curve are not unique. Black children face this abuse daily through television shows, jokes aired on the radio, textbooks with truncated history, etc. Liberal whites underestimate the damage which racism causes on the minds of Black children, and conservative whites know all too well how to enlarge that damage. No matter how rich or supportive a Black person’s home might be, by the time she is ready to take the SAT or apply to college, she has struggled far more extensively than any white person of the same social and economic background.

In the video it is clear that the hot air really evaporated from Cornyn’s sails. But later on Sen. Cornyn, forever disappointing the Founding Fathers who probably hoped for at least a particle of intelligence from elected leadership, defended his dead-end questioning on social media.

If Brett Kavanaugh had made a similar attempt at “satire” would the response be the same? https://t.co/lR6jrswsGL

What-about? The problem with Brett Kavanaugh’s pre-professional career was that it is marked with credible accusations of multiple sexual assaults and inappropriate behavior, none of it considered “satire” by anyone, and never has anyone claimed Kavanaugh’s actions to be “satire.” This is not an apple-and-oranges comparison: It is an apples-and-alleged alcoholic sexual assaulter comparison.