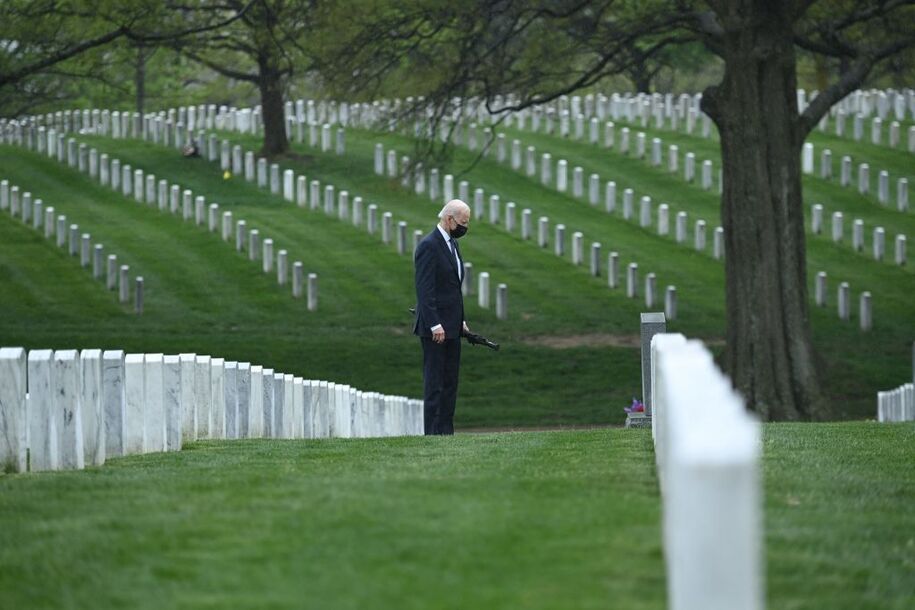 There remain no good answers in Afghanistan. President Joe Biden’s announcement that U.S. military forces would be leaving that country by next Sept. 11, the two-decade anniversary of the original al Qaeda-plotted terrorist attacks against the United States that resulted in a U.S. military invasion to hunt down al Qaeda members and rout the theocratic Taliban government from power, was a decision that multiple U.S. presidents from then to now could never quite stomach. Military leaders over two decades continued to insist that the ever-shaky new Afghan government could win the support of its people if only more time were devoted, or if yet another American surge pushed rebel forces back farther, and the implications of abandoning a nation we invaded to the hands of ultraviolent far-right theocrats contemptuous of all human rights have always been, regardless of one’s stance on that original occupation, horrifying.

Trump had long vowed he would end the military presence in Afghanistan, but could not manage it on his own watch. Biden says he intends to follow through.

The vast majority of assessments of what will happen inside Afghanistan when the U.S. military is no longer providing the Afghan government with on-the-ground backing are grim, even though other U.S. aid will continue. Few experts appear to believe that government can maintain control. The Taliban is as murderous and sneeringly oppressive as ever, and the odds remain good that the group will attempt to topple the Afghan government militarily, then reinstitute their own hardline religious rule.

But the risks of all those things have never substantially changed through 20 years of war. No military policy or new surge was able to suppress the country’s theocratic now-rebels. School buildings and other domestic modernization were celebrated by those able to take direct advantage of them—but in the rest of the countryside, the Taliban remained a dominant force.

That’s why American soldiers who served in the country are themselves conflicted over a U.S. withdrawal. Everyone knows the war cannot continue forever. But everyone also knows that this country failed in bringing peace, and that the future consequences will also be on our heads.

Even Republican lawmakers are divided on the withdrawal—though the Republican Party has, in nearly every other instance, simply declared themselves opposed to whatever any Democrat was doing and called it done. There are the usual permahawks like Lindsey Graham and Liz Cheney, who support military endeavors in every possible form and bleat with raw outrage over notions of ending any one of them. Others genuinely want the nation to retreat from the world’s conflicts. Still others think nothing in particular, but tied themselves to the same idea when Trump yelled about it as part of their devoted Dear Leaderisms and so will now have to figure out the dance steps for reversing themselves. My suggestion: Credit Trump for the withdrawal and call it done.

What is clearer, though, is that Afghanistan is no longer a top terrorism threat for the United States, and Biden himself intends for the move to be part of a broader refocusing of U.S. attention and resources on more pressing dangers rather than on past conflicts. Russia continues attempts to destabilize the world’s democracies using whatever tools it can muster, all in service to propping up its own crooked government; China is attempting to cement its own world power status by claiming new maritime territories and threatening military conflict against all those who object. Now-unstoppable climate change is an existential threat to the whole of the world; inside the United States, domestic terrorism remains far more of a danger than outside plots.

There may still be hope inside Afghanistan, even after unrelenting attempted conquest, colonialism, proxy wars, zealotry, and other forces appear to have made its prospects as bleak as its landscape. The country still sits on a treasure vault of valuable minerals, a source of enormous funds if any government can maintain the peace long enough to successfully pry it out. And while the Taliban remains just as regressive and outright malevolent in their beliefs, some observers believe they will act with more caution than might be expected—if only to blunt future international retaliations, both military and otherwise.

But there are no good answers, and anyone who tells you there are is a liar.