MAGA world rages after Ivanka gets the Fauci ouchie 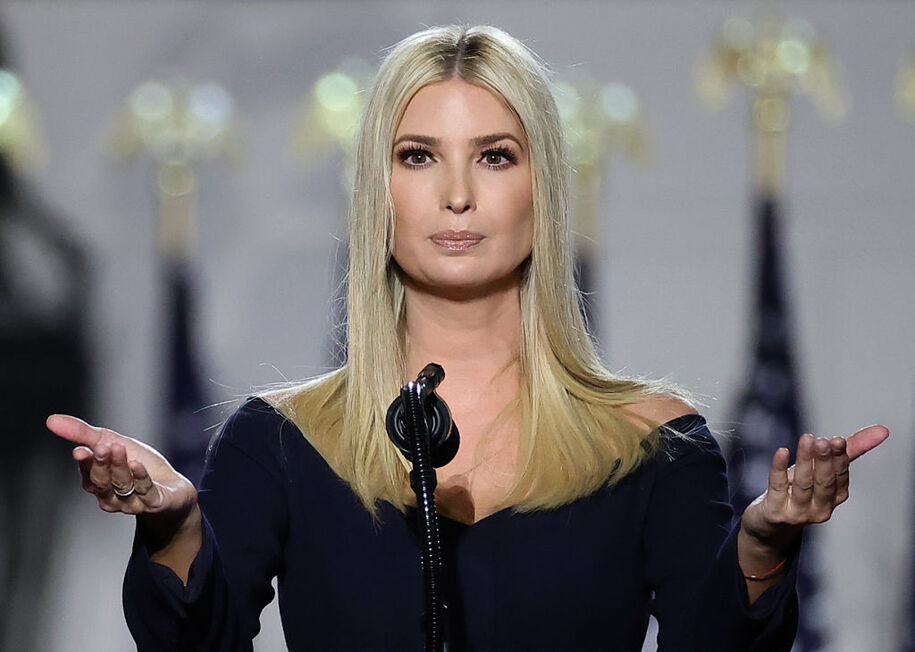 Ivanka Trump has spent the past five years trying to position herself in the public’s mind as the “reasonable” Trump. Granted, that’s a pretty low bar. All she really needed to do is show up as “warm-blooded” on infrared surveillance cameras, and she was basically there. Another useful tactic? Avoid appearing on video every 10 minutes, like the unofficial spokesperson for pure Colombian cocaine.

No, for Ivanka, the trick is to tacitly endorse every horrible thing her father does. She stood around cow-eyed and mute while the country unraveled, only to then gurgle pro-civilization shibboleths like “we need better child care” and “let’s all get the vaccine” to make it seem like her dad didn’t just spend the past half-decade menacing the nation like an aimless Macy’s Angry Birds balloon with explosive diarrhea.

The problem for Ivanka, though, is that MAGA devotees aren’t much interested in civilization—or at least the parts where we pass laws for the common good, do our civic duty by paying our taxes and vaccinating ourselves and our children, and accept the results of free and fair elections. The parts of civilization that produced at least 10 discrete varieties of Bud Light? Now you’re talking.

And so the reaction to Ivanka’s Wednesday announcement on Instagram and Twitter that she got the COVID-19 shot was fairly predictable.

This seemingly benign act—which, I’m old enough to recall, would have been seen as the one and only responsible adult choice 30 or so years ago—was straight-up savaged by the MAGA mob.

Today, I got the shot!!! I hope that you do too! Thank you Nurse Torres!!! 💙 pic.twitter.com/gPL1Mecv1G

Now, given that at least 12 chromosomes in the Trump genome are devoted exclusively to evil, you have to give Ivanka some credit for doing the right thing. If only her “fans” agreed.

. @IvankaTrump posted herself getting vaccinated on instagram & encouraged others to do so. The comments are astonishing: – HARD NO – PASS – HELL NO – WHY? – THAT IS DISAPPOINTING – DON’T NEED, I HAVE AN IMMUNE SYSTEM – DISAPPOINTED IN YOU – HOPE IT WAS A PLACEBO – LMAO

Instagram was a particular cesspool of disinformation and hate. You can click through to view the backlash in its red-hatted entirety, but here’s a representative sample.

No thank you! I have immune system for a reason.

Because of the 99.8% survival rate of a virus they’ve never identified? Anthony Fauci and Andrew Cuomo would be proud.

Bummer. I was hoping you were above this kind of virtue signaling.

Nope. I don’t trust you people. Never had flu shots and NEVER I will give my body to experiment on me… No No No

Hell no. Quit telling perfectly healthy people to take this so called “vaccine”.

I hope you support freedom of choice for vaccines.

Yeah, they’re almost all like that. It’s astounding, really. Maybe she should have specified that she asked for the vaccine without the preinstalled copy of Windows Vista.

The Trumps now find themselves on the horns of a dilemma. One horn is that the vaccines were developed while Trump was president, and he desperately wants to take credit for them. The other is that Trump’s popularity lives and dies based on the conspiracy theories he regularly nurtures, and that’s the horn that may end up gouging not just him but his throngs of addlepated fans as well.

And there’s nothing Ivanka can do to unravel that mess now. She had numerous chances to do the “responsible” thing, and yet Donald Trump was never once locked in a closet all that time he was terrorizing us.

So thanks for getting the shot, Vanky, but this is still a big fail.