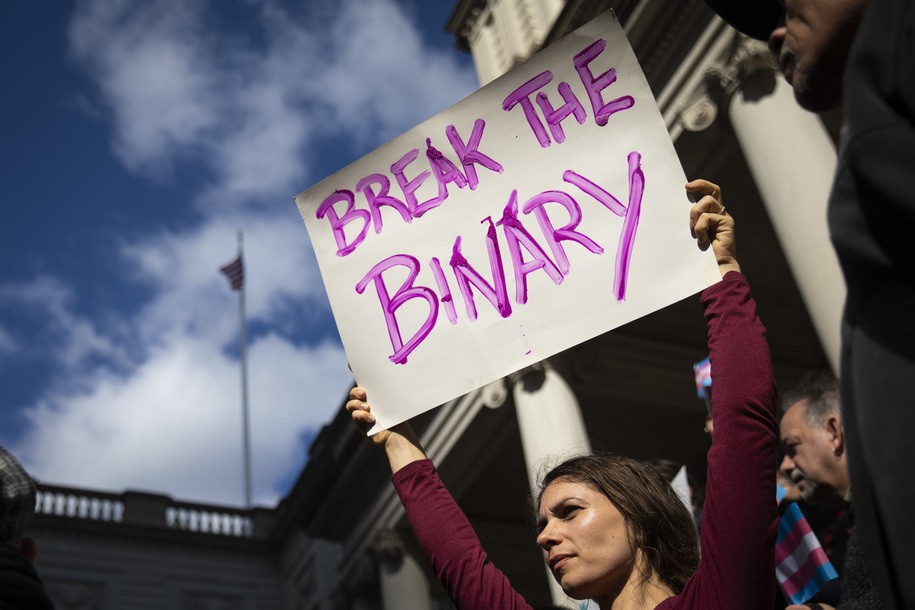 In addition to facing the novel coronavirus, changes in school, work, and even housing stability for folks across the nation, Republicans are pushing anti-trans legislation from every angle. As Daily Kos continues to cover, transgender youth appear to be an easy mark for the GOP, and attacks tend to hit in a few key areas. One, trying to bar transgender girls and women from girls’ sports teams. (For contrast, by the way, trans women are literally allowed to compete in the Olympics.) Two, trying to bar transgender youth from accessing gender-affirming medical care—which sometimes includes making it a felony for physicians to prescribe or refer patients to it. And three, trying to ban folks from being able to update birth certificates to reflect their correct sex.

That’s a whole lot of hate and discrimination. How does the public feel? We’ve covered trans youth, including 16-year-old Stella Keating and 10-year-old Kai Shappley, speaking out in defense of trans equality. We’ve covered parents, too, appearing to plea for their child’s humanity before elected officials. Polling, however, is just starting to come in earnest. There’s some that’s very good, and there’s some definite room for growth to examine out of the new NPR/PBS NewsHour/Marist poll on LGBTQ issues, as reported by NPR. Let’s check out the results below.

As some background framing, polling occurred from April 7 to April 13 of 2021. Polling included 1,226 adults. The poll has a margin of error of 3.3 points. We can also look at results based on Republican, Democrat, or independent party affiliation.

First, in terms of broader LGBTQ equality, 63% of respondents support the Equality Act. Perhaps unsurprisingly, 90% of Democrat respondents support the bill. Republicans, however, are at just 32%. Not anywhere near where it should be, but also not as low as it could be. Independents fall roughly in the middle at just over 60% support. Support is also higher among younger generations.

Now, onto the issue that Republicans apparently find much more pertinent than COVID-19: whether trans kindergarteners can play on girls’ sports teams. The poll, in actuality, tracks how respondents feel about transgender student-athletes competing on sports teams that match their gender identity at all different education levels ranging from elementary school to college. About 75% of Democrats agreed that transgender youth should be able to play on the team that matches their gender identity in all grade levels, with small variations between elementary, high school, and college sports.

Unfortunately, in the opposite, just over 80% of Republicans believe transgender high school student-athletes should not be able to play on the teams that match their gender identity. A similar percentage came through for elementary, middle, and college students. That’s not the end of the discussion, though.

The other big, big area Republicans are narrowing in on is how to bar transgender youth from receiving gender-affirming care. Gender-affirming care, remember, can include things like hormonal treatments and puberty blockers, and can literally be life-saving for youth and teenagers. In this poll, 65% of respondents oppose bills that would criminalize giving gender-affirming medical care to minors. While it would be wonderful to see that number higher as an across-the-board figure, it’s actually not a terrible place to be given how misleading Republican officials can be when talking about the alleged dangers of gender-affirming care.

That said, just over 40% of respondents who supported Trump in the 2020 election said they support criminalization of gender-affirming health care.

Numbers look even better in a March 2021 poll from Hart Research Associates and the Human Rights Campaign (HRC), as covered by 19th News. That report found that nearly three-fourths of respondents agree that transgender kids should be allowed to play on the sports team that aligns with their gender identity. More than 50% of polled Republicans agreed with that sentiment. What’s extra interesting: According to this research, people did express some concern and hesitancy upfront—but changed their minds after learning more actual research and not just right-wing talking points or hysteria.

Smoke and mirrors can really sway people, but it actually seems that while there’s work to be done, the general public isn’t buying nearly as much as conservatives are pushing.

We must act now to urge our senators to vote “yes” to the Equality Act.

Sign and send the petition: The Senate must pass the Equality Act and stop the discrimination against LGBTQ people.