In 2013, my neighbor planned to kill everyone in my building: My timeline with gun violence 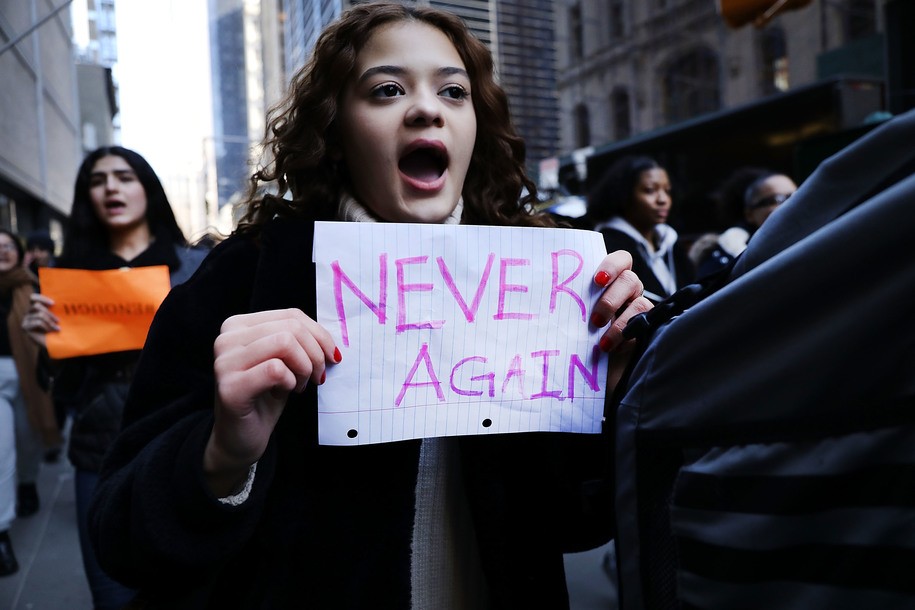 In 2013, my next-door neighbor in college planned to kill everyone in my building. He had 1,000 rounds of ammunition, and four bombs he had made in his room. We shared a wall.

The police found he had been planning this for months. He pulled the fire alarm so that all the students would exit their rooms, and he planned to open fire and kill them all. When this was happening, I was at my then-boyfriend’s apartment three miles away.

Before going to my boyfriend’s apartment, I had been in a meeting planning a College Democrats trip to the state capital. I was socially exhausted from the meeting and had turned my phone off. Fast forward to that evening, and the would-be shooter pulled the fire alarm on my dorm floor.

When the shooter went back to his room to get the ammunition, his roommate saw him, locked himself in the bathroom, and called the police. The shooter took his own life, not having killed anyone but himself. The weeks that followed were hell. I wasn’t allowed back into my room for over a day. When I was, the police had raided my room. All my belongings were scattered all around my dorm, I was questioned countless times by investigators.

I wasn’t even there when the would-be shooter pulled the fire alarm. Literally, no gunshots were aimed at any innocent students and yet now, eight years later, I still cannot explain how truly traumatizing this was.

Having police interrogate you while showing you pictures of the weapons and bombs made literally feet from where you sleep at night and telling you how badly this guy wanted to kill you over and over again … I don’t wish that on anyone, and I’m one of the lucky ones.

Soon it’s 2014. I have graduated from college and am a visiting student at a totally different university while working my first job as a student-activist organizer. I’m at the library until about 10 PM. I walk back to my apartment about a mile away. At around 12:30 AM, I hear sirens BLARING. And immediately, I feel it in my bones: There’s been a shooting. I jump on Twitter and find out that one of my friends from high school is in the library I left hours earlier, and that there’s a shooter.

I immediately start checking in on the students I work with. I can’t account for all of them. The next morning I find out that one of the students I organized with has been shot.

I spent the next day checking in on his close friends, trying to figure out how to raise money for medical bills, frantically organizing help. In less than 20 months, two different people fully planned to murder my classmates and my roommates, and started to execute those plans.

It’s June 2016. I’m in my hometown in South Florida for a wedding. The night before, I had been celebrating with some of my closest friends in Miami. I wake up the next morning to the sounds of my phone just blowing up with notifications.

[This close friend you went to college with] has marked themselves safe.

[That close friend you went to college with] has marked themselves safe.

There’s been a shooting at what was then being labeled as a nightclub. I scream at the TV, “That’s Pulse! That’s a gay club!” Within minutes friends of mine are on national television insisting that the news call this a hate crime. I am sobbing so hard I can’t breathe.

I find out that a friend left minutes before the shooter opened fire. Another friend ran to his car as the shooting started and hid there until dawn. My best friend calls me from Boston. He’s a gay Latinx man, and through tears tells me, “I can’t believe they hate me so much.”

Then it’s February 2018. I have just started a new job at a political consulting firm in New York City. I’m in training meetings all morning. As I am leaving a meeting, a colleague looks at their phone and says, “There’s been a shooting at a high school in Florida.” My youngest brother is a teenager in high school. I demand to know what high school. “One in Broward County, they’re not saying the name yet.” I nearly break my face running full speed across the office to get to my phone. I text my brother: It’s not his school.

I tell my colleagues that Parkland is in the county I grew up in, but that everyone I know is, thankfully, safe. I can’t stop crying at my new job.

The next day my company tells me that I will be organizing national polling around gun violence/gun control opinions in America. In the six months that followed I organized polling after every mass shooting that happened in the United States. Every single one.

At another time I will outline everything I learned during my gun violence polling and what that half-year of my life was like but for now, I just want to end on this:

Every shooting, every shooting attempt, every person who amasses weapons and makes bombs to kill people—whether “successful” or not—traumatized an entire community. I am so sick of feeling relieved when a shooting “only” has a low number of casualties or no casualties at all. I can’t believe that, as someone so close to this issue, I too have become desensitized to this ongoing, never-ending national tragedy.

I am also sick of gun violence stats constantly excluding police violence and suicide by guns. This is a massive issue, with many moving parts, which all start and end with people who shouldn’t have guns having guns.

I wish I had a sweeping, satisfying bit of wisdom to give you, something that would tie up all the loose ends in my story with gun violence, but I don’t. But it bears repeating:

Every act of gun violence is forever hurting countless lives—even when it’s not taking them.