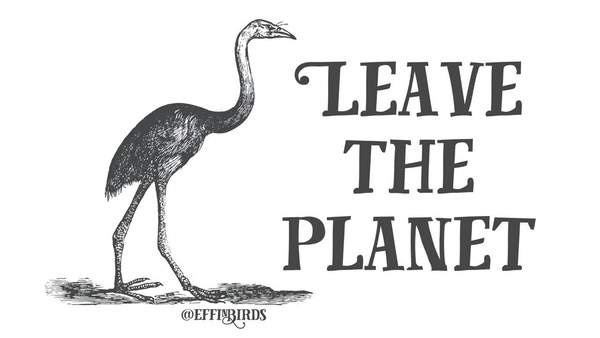 Happy Earth Day to those who observe!

And who doesn’t observe? Extraterrestrials, maybe?

But don’t they want us to fix our own planet so we don’t go off and dirty up theirs?

Anyway, this missive missed 4/20 by just a couple of days, but that’s also a holiday worth celebrating.

Regardless of whether you do or plan to partake of marijuana, its increasing legality is a very good thing.

Because racial equity, criminal justice, and economics, that’s why.

Decriminalization and legalization are important steps in the right direction, but they’re not enough.

Which is where the economics bit comes in.

Even as the federal government remains out of step with the clear direction of the country (more than two-thirds of Americans support marijuana legalization, up from barely one-third 20 years ago), four states have already legalized weed for recreational use just this year.

You’ll never guess what those four states have in common.

… oh wait, you’re reading this, so of course you will.

(But for the newbs, all of these states have Democratic-majority legislatures and Democratic governors.)

Anyway, because data is fun, here’s some from Civiqs’ ongoing tracking poll of Americans’ views on whether cannabis should be legal, broken down by state (mouse over each state to see how popular legalization is in your neck of the woods, or visit Civiqs.com to dig into this data by age, gender, party, education level, and more!):

It’s interesting to note that the states where marijuana has been legal (for medicinal use, if not recreational) the longest (Colorado, California, Washington, Oregon, Vermont) are also the states in which legal marijuana is most popular—a strong indication that legal weed has not led to conservative-prophesied disasters.

Okay, back to the actual holiday at hand. Earth Day!

And would you believe that Democratic-majority state legislatures have been making positive moves on environmental issues?

I mean, honestly, who the hell else is going to do it?

But you know I’ve got to keep it real with you, which is why I have to talk about some bad news.

1. Almost a year after George Floyd’s murder was filmed by bystanders, the cop who stole his life was convicted this week on two counts of murder and one of manslaughter.

2. The video of Floyd’s murder led to worldwide protests of police violence against people of color.

So what are Republicans doing about it?

The fact of the matter is that laws are already on the books in each and every state that criminalize actual riots and actual criminal conduct that might occur adjacent to an otherwise peaceful protest.

But rather than use the tools already at their disposal, Republicans in Florida and elsewhere want to make it easier for cops to punish those who would stand up to their racist and violent practices.

And by elsewhere, I mean

These anti-protest laws aren’t all a direct response to the anti-police racism and violence protests spurred by George Floyd’s murder.

Some are clearly a reaction to anti-pipeline or other environmental protests in recent years.

Remember that Democrats in several states responded to widespread protests of police violence and racism by actually engaging on the issue (although not always in a satisfactory way), increasing accountability, oversight, and transparency as well as, in three Democratic-trifecta states, effectively doing away with qualified immunity, the legal doctrine that law enforcement has used for many years to shield police officers from individual liability for their misconduct.

For further reading on the various anti-protest bills percolating in legislatures across the country, the International Center for Not-for-profit Law has a great—and filterable—resource here.

Welp, that’s a wrap for this week. You’re a sport to wade through all that legalese, especially if you’re reading this while, ah, observing Tuesday’s “holiday.”

However you unwind, though, you deserve it. Maybe you should even take a day off from the things that you do, get some extra relaxing in so you can come back fresh on Monday.

But instead of printing this out and showing it to your boss, perhaps just … send her the link. Save a tree.