Maker of Sinema’s ‘f*** off’ ring supports $15 minimum wage, this week in the war on workers 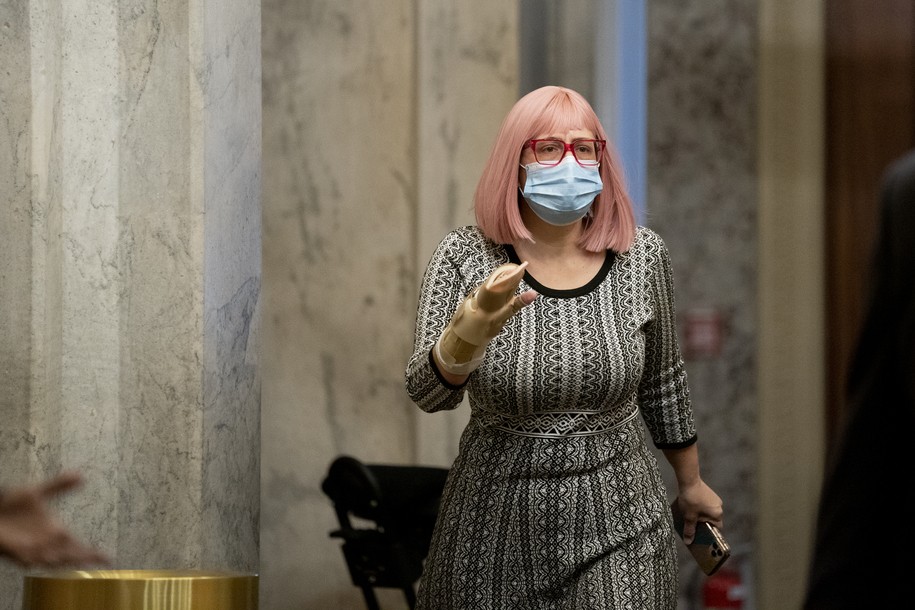 Arizona Sen. Kyrsten Sinema is definitely operating on the “any attention is good attention” theory lately, and she got the attention she craves when she posted a picture of herself drinking sangria and flaunting a ring with the message “fuck off.” Truly, it was her own Melania Trump “I don’t really care, do you?” moment.

Well, turns out the maker of that ring is not on board with Sinema’s project. “At Yellow Owl we create fun stuff to express yourself but we are dead serious about social justice. We fully support at least a $15 minimum wage because EQUITY and DIGNITY LOOK GOOD on EVERYONE,” Yellow Owl Workshop posted on Instagram. For the remainder of the month, the business is donating profits from sales of the ring to the National Employment Law Project.

● Washington City Paper has an interesting, nuanced take on the challenges facing the restaurant industry and its workers in the District of Columbia.

● And a related piece from Anne Helen Petersen.

● A fascinating series on worker centers from The American Prospect, with reporting from Sarah Jaffe, Michelle Chen, and Steven Greenhouse, among others.

● Inside the Alabama Amazon union drive: An interview with the lead organizer.

After 1400 members authorized a strike, IBEW Local 824 and Frontier have agreed to a one week contract extension. New agreement expires Friday night, at which point these Tampa area telecom workers could walk. pic.twitter.com/nhMQDCirLd

Holy crap. This is huge. @UNITEHERE11 has called for a boycott of the Chateau Marmont, which is where an Aaron Sorkin production was shooting—until tonight, when they cancelled at the property in solidarity with the workers. Love me some SOLIDARITY! 🪧https://t.co/gDRI3BkFTF

During Prop 22 Uber wanted to prove how “independent” CA workers were by allowing them to set their own fares (with restrictions). Today @Uber drivers are logging into the app and finding that this feature has been stripped away without warning—another Prop 22 scam 😡