Being sorry is one thing. Serving jail time is another story: Amber Guyger’s apparent moral code 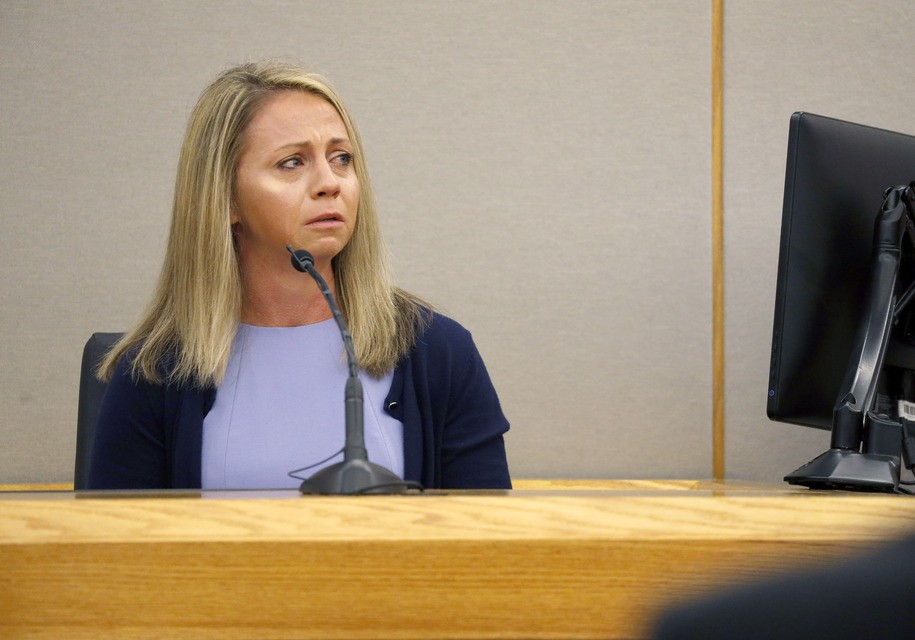 The week after one cop was convicted of murder, another will be seeking an appeal of her murder conviction after claiming that she accidentally walked into the wrong apartment and mistook a Black accountant for an intruder before shooting and killing him. It’s no secret who the first cop is. Former Minneapolis police officer Derek Chauvin was shown in viral witness video kneeling on the neck of George Floyd, a Black father, for more than nine minutes in an encounter that ended with Chauvin’s conviction of murder and manslaughter charges on Tuesday.

In an earlier case of murder by police, Amber Guyger was sentenced to 10 years on Oct. 2, 2019 in the death of 26-year-old Botham Jean. And after crying, apologizing in 911 audio, and crying some more in front of a jury, she’s now pushing for an appeal. A panel of three judges is set to hear arguments for the appeal on Tuesday at 1 p.m., leading Guyger down a road even her former attorney implied in a media interview is likely to bear little fruit.

Toby Shook, Guyger’s attorney in her criminal trial, told CBS DFW he isn’t representing her in the appeal effort. “Statistics show that felonies are not often reversed for trials,” Shook said. “They are low. They do happen, but it just depends on the actual issues so it’s kind of hard to predict, but most cases are affirmed.”

After watching her cry into the arms of Botham Jean’s forgiving younger brother, Guyger’s attorney filed an appeal in August 2020 to have her charge reduced from murder to the lesser offense of criminally negligent homicide, NBC DFW reported. At the time, Guyger was already eligible for parole in September 2024.

“The evidence was legally insufficient to prove beyond reasonable doubt that Guyger committed Murder because (1) through mistake, Guyger formed a reasonable belief about a matter of fact—that she entered her apartment and there was an intruder inside—and (2) her mistaken belief negated the culpability for Murder because although she intentionally and knowingly caused Jean’s death,” attorneys wrote in a brief Yahoo News obtained.

“She had the right to act in deadly force in self-defense since her belief that deadly force was immediately necessary was reasonable under the circumstances.”

Although convicted, the former cop earned more than her fair share of sympathies after the trial and in the sentencing. One juror in the case told NBC News jurors decided on a lesser sentence for Guyger because it’s what Botham Jean likely would’ve wanted. “They were asking us to take an eye for an eye for Botham,” the juror said, “and I feel like he isn’t someone who would take an eye for an eye. He would turn the other cheek.”

After sentencing, Judge Tammy Kemp hugged Guyger and gave her a bible. The judge wiped tears from her eyes and instructed Guyger to read John 3:16. Brandt Jean, Botham Jean’s younger brother, told the former cop he forgives her and that he wants the best for her. He also asked Kemp if he could hug Guyger, a request the judge allowed. “Each and every one of us may have done something that we’re not supposed to do,” Brandt Jean said. “If you truly are sorry, I know I can speak for myself. I forgive you, and I know if you go to God and ask him, he will forgive you.”

Other members of the Jean family and the general public have been slower to forgive.

Guyger killed Botham Jean on Sept. 6, 2018 after joking about murder in deleted social media posts the prosecution brought up in the case. “People are so ungrateful. No one ever thanks me for having the patience not to kill them,” reads one Pinterest post Guyger pinned. She pinned another meme to the same board reading: “Personally I think I deserve a medal for getting through this week without stabbing someone in the neck.”

Lest we be fooled by the pretty blue dresses and blond blowout, here is a glimpse into the mind of #AmberGuyger. She was busy deleting these post when she should have been being interrogated. We were able to screen grab these before she could get to them. Each has been verified. pic.twitter.com/xwNcBiF1p3

Civil rights attorney Lee Merritt tweeted on Sept. 26, 2019: “Lest we be fooled by the pretty blue dresses and blond blowout, here is a glimpse into the mind of #AmberGuyger. She was busy deleting these post when she should have been being interrogated. We were able to screen grab these before she could get to them. Each has been verified.”

When Botham Jean’s mother Allison Jean learned of the appeal effort, she told NBC DFW she was “furious.” “It really made me question the nerve of Amber Guyger and her attorneys to even think of wanting to file an appeal,” Allison Jean said.

Read a portion of Guyger’s 911 call transcribed by CBS-affiliated WFAA:

Guyger: I’m an off duty officer. I thought I was in my apartment and I shot a guy thinking he was, thinking it was my apartment.

Operator: You shot someone?

Guyger: Yes. I thought it was my apartment. I’m [expletive]. Oh my god. I’m sorry.

Operator: Where are you at right now?

Guyger: I’m in. What do you mean? I’m inside the apartment with him. Hey, come on.

Operator: OK we have help on the way.

Guyger: I know but I’m, I’m going to lose my job. I thought it was my apartment.

Operator: OK. Stay with me. OK.

Guyger: I am. I am. I’m going to need a supervisor.

Operator: I understand. We have help on the way.

Guyger: I thought it was my apartment. Hurry. Please.

Operator: They’re on their way.

Operator: And what’s the gate code there?

Guyger: I thought it was my apartment.

Operator: They’re trying to get in there. We have an officer there. You don’t know the gate code?

Operator: And what floor are you in right now?

Operator: Where was he shot?

Guyger: He’s on the top left.

Operator: They’re trying to get there to you, OK.

Guyger: I thought it was my apartment.