Renaming schools to address racist history is a transformative act 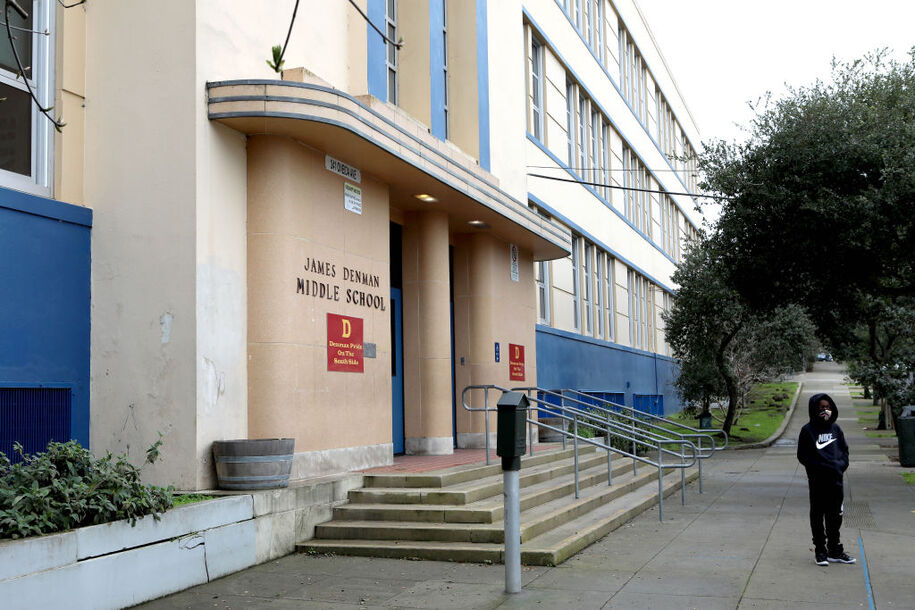 In the face of rising white nationalism and protests for racial justice, calls for schools to confront the white supremacist legacies of their namesakes have taken on new urgency. Many school districts have used renaming processes to denounce white supremacy and publicly memorialize the achievements and contributions of marginalized people. School communities and individuals have also seized the opportunity to use school renaming discussions to reexamine local and national histories, and in many cases are appalled at what they find.

Rasheed Shabazz, a writer and longtime resident of Alameda, California, hadn’t given much thought to how his hometown schools got their names until the debates about Confederate symbolism after the 2017 Unite the Right rally in Charlottesville. When he looked up Henry Haight Elementary School, he discovered that the school’s namesake—a former California governor—held white supremacist views and disenfranchised nonwhite Californians.

“It wasn’t a very long search,” Shabazz said. “I went to the second page on Google and looked at his inaugural speech from 1867, and he was going on about the inferiority of Black, Asian, and Native American people.”

On the 150th anniversary of that speech, Shabazz emailed the principal and PTA of Haight Elementary School, arguing for the school to be renamed. Soon after, Shabazz, parents, and students kicked off a school renaming process that led to Haight becoming Love Elementary School.

Tim Hannapel, a Washington, D.C.-based lawyer, helped organize the push to rename Woodrow Wilson High School, his alma mater in the city. Hannapel had graduated from the school knowing nothing about President Woodrow Wilson’s racism because it had never been taught in any of his classes. As a result, he believes the renaming of institutions is useful in reshaping public memory.

“White supremacy is so insidious and powerful that it needs to rewrite history to make white people comfortable,” Hannapel said. “You got to reject the lies of history.”

Communities have taken a wide variety of approaches to evaluating school names. While some school districts have targeted individual names deemed particularly troubling, others have opted to systematically review all school names in a district to determine which ones should be changed. For example, Washington, D.C. and San Francisco opted to do a comprehensive evaluation of all the schools in their districts, using community members, educators, and students to conduct research and make recommendations.

“We would look at names and specific criteria that had to do with whether these names oppressed a certain community or perpetuated racism,” said Ameyalli Ordonez, a student representative on the San Francisco School Names Advisory Committee. “A lot of these schools represent people who uplifted white supremacist ideas, and I didn’t know that until I did the research.”

Students play a major role in determining new namesakes in some school districts. After a citizen-led movement in Brookline, Massachusetts, pushed to rename Edward Devotion, a K-8 school named after a slave owner, community members were invited to submit name ideas. With adult assistance, a group of third- through eighth-grade students narrowed down the list and presented their top four choices to the School Committee, which voted to rename the school after Black civil rights activist and educator Florida Ruffin Ridley.

“To me, a public school stands for hope, the future, equality, and equal opportunity for people, the very values that Florida stood for,” said Interim Superintendent James Marini at the Florida Ruffin Ridley School renaming ceremony in February. “She had courage, she had persistence, she was a trailblazer for justice. What better symbol could you give to children than the name of someone who stands for that?”

While acknowledging the achievements of these campaigns, some participants in renaming efforts still identified problems with the processes. Malcolm Cawthorne, a Brookline Naming Committee member, believes that his school district has been inconsistent in its approach. While Brookline agreed to rename Edward Devotion School because of public pressure, it did not apply common standards to evaluate other schools. For example, Heath Elementary, named after the street where the slave-owning Heath family once lived, has not been renamed.

“The school district did what was easy to do,” Cawthorne said. “The only thing that had come up was this one school. It was really public and you could change the name and make things go away. There are others who have schools named after them who have complicated names that we have not pursued. To me, our district is allowing this to go on.”

Certain decisions have come under scrutiny from critics of renaming. In January, the San Francisco School Board landed in national controversy for its decision to rename 44 schools, and the district recently decided to scrap its renaming plan. Much of the opposition in San Francisco and other communities centered on decisions to take down the names of presidents and other historically prominent figures.

Shabazz countered that the “nobody’s perfect” line of thinking is a flawed argument that dodges the issue.

“Somebody may do something that isn’t the most positive social behavior. However, does that equate to human trafficking? Land theft? Colonization? Mass murder and genocide? I don’t think so,” he said.

Opponents of San Francisco’s renaming decisions also criticized its process, chastising the district for a lack of community involvement and the absence of a professional review of the renaming committee’s historical research. Other school districts have faced similar criticism. But it is not clear whether involving school communities and a formal professional review in choosing school names have historically been the norm. There is little evidence of professional consultation being a common practice for school naming, at least prior to the 2000s. Further, white women and BIPOC were often excluded from civic life until the mid-20th century, after many currently existing schools were already named.

There are genuine sentimental attachments to old names and good-faith critiques of haphazard processes. However, much of the opposition to school renaming still reflects an assumption that white men of historical celebrity have a right to have their names on buildings. By contrast, marginalized people’s historical significance must be proved worthy through widespread approbation, regardless of the fact their contributions have been systematically hidden and erased.

The true value of renaming committees might ultimately come from their role in reconstructing our narratives of history. Shabazz believes the importance of renaming is not the names themselves, but the conversations evoked by wrestling with difficult questions: What parts of our history have been forgotten? What do our memorials and building names show about our community’s values? What makes a person worthy of being memorialized?

“Processes can be more transformative and impactful than the specific outcome,” Shabazz said. “You can learn about local history, build relationships with people, and express our values.”