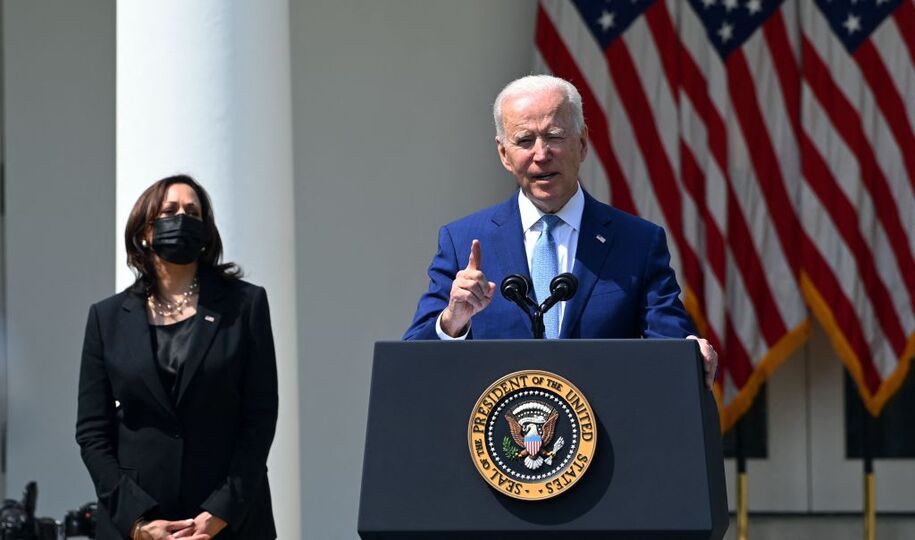 A Gallup tracking poll found that consumer confidence in the nation’s economy was a net positive in April—+2 points to be exact—for the first time since Donald Trump declared a national emergency in early March 2020.

After the brief national lockdown, Gallup’s Economic Confidence Index dropped to -32 in early April 2020 and has been climbing out of a hole ever since. The latest survey was conducted April 1 to April 21. The outlet’s Economic Confidence Index is an average of the public’s view of current economic conditions (“excellent/good” versus “poor”) and its outlook for the economy (“getting better” versus “getting worse”).

Even though the Economic Confidence Index hit positive territory for the first time in a year, Americans’ view of current economic conditions has been better at certain points throughout the last year. In terms of current conditions, the new survey found that 28% say they are either excellent or good, while 26% say they are poor. Last November, people put current economic conditions at a net positive of 13 points, with 36% saying conditions were excellent/good while 23% said they were poor.

A big part of what has driven the uptick in the Economic Confidence Index have been a steady rise in views of the economic outlook, which also hit a net positive for the first time since last spring. Today, 47% of adults believe the economy is getting better versus 46% who say it is getting worse.

One group of people that isn’t welcoming the newfound consumer optimism is GOP lawmakers, who seem more dismayed than anything by the fact that the economy hasn’t tanked since Biden took office. Donald Trump and Republican lawmakers spent much of the 2020 cycle warning of dire economic fallout if Joe Biden and Democrats took control of Washington. Then once Democrats did take over, Republicans did everything in their power to stymie Biden’s overwhelmingly popular pandemic relief plan. Now that the money is flowing from that plan and the speed of vaccination rates has surpassed what Biden originally promised, consumers seem to be feeling pretty good. And that makes Republicans feel even worse.

Perhaps not surprisingly, the survey found that a strong majority of Americans—57%—expressed “a great deal” or “a fair amount” of confidence in President Biden to “do or to recommend the right thing for the economy.”

That 57% matched Biden’s overall job approval rating in Gallup’s survey, which is a smidge higher than FiveThirtyEight’s polling aggregate showing a 54.5% approval rating for Biden as we approach his 100-day mark.