More evidence that the former guy is fading away, even among Republicans 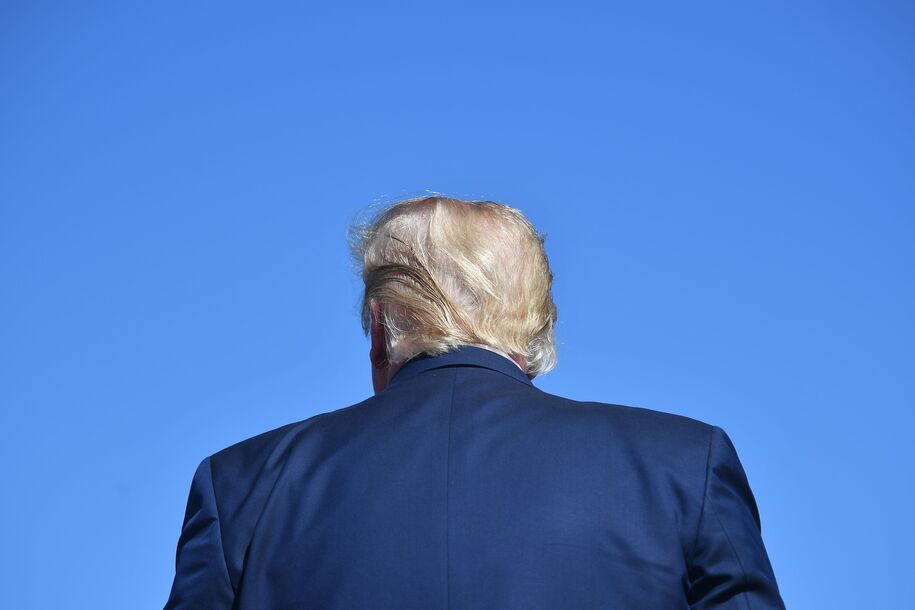 Donald Trump said some stupid shit about the Oscars today, because he’s gone from being the worst pr*sident in U.S. history to writing the worst blog on the internet. (I can’t even find an archive of his “statements.” That’s how far off the grid he is these days.)

You may have noticed you can now go as long as a few hours without his clammy tumescent melon head interrupting your sublime, weed-infused reveries. He’s out of sight and (still) out of his mind, and ironically, the less we see of him, the less we appear to like him.

At least that’s the conclusion to be drawn from a recent NBC News poll, which shows Donald Trump’s favorability ratings dipping below their January level and his iron grip on the party beginning to slip.

Meanwhile, Joe Biden’s numbers continue to impress, with 50% of respondents rating him favorably and just 36% negatively.

In four years I hope this guy is little more than a mound of quavering aspic they trot out in a wheelbarrow for KFC ribbon-cutting ceremonies. But it’s possible Trump could still return. Which is why it’s important for Joe Biden to continue building back better at his current pace.

We have a smart, competent president now, and people appear to be more and more pleased with the new status quo. God forbid we ever go back to The Blunder Years.