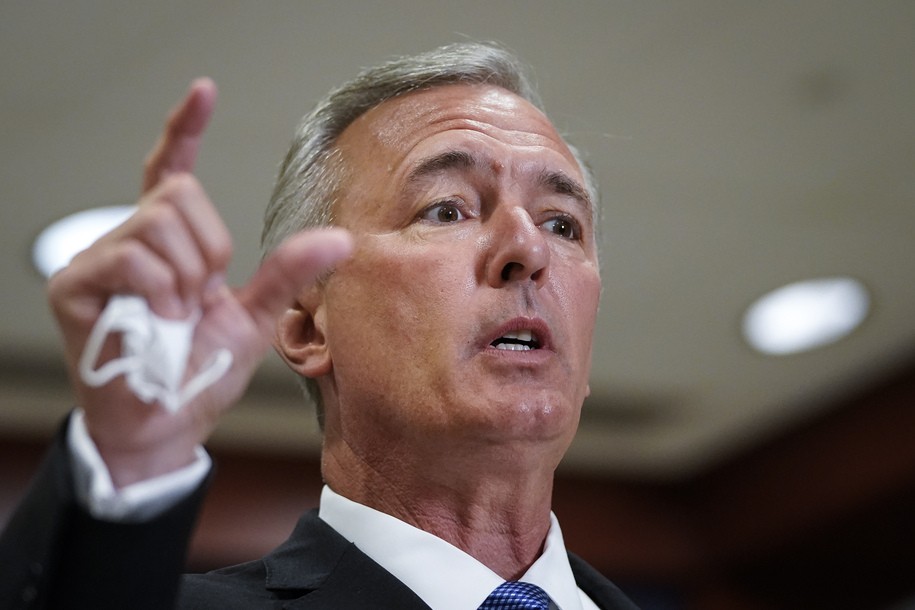 The Conservative Party in Onondaga County, which makes up most of New York’s 24th Congressional District, says it won’t endorse Republican Rep. John Katko next year, putting the congressman at risk of losing a ballot line that’s played a key role in sustaining his political career. Katko had previously lost the support of Conservatives in the other three counties in the district—Oswego, Cayuga, and Wayne—though the ultimate decision will fall to state party chair Jerry Kassar, who previously said Katko is “in trouble” and reportedly plans to defer to local leaders.

Katko has received a great deal of attention—and, from Donald Trump loyalists, scorn—for his vote to impeach Trump in January, but that’s not the only issue putting him at odds with the Conservative Party. Die-hards are also pissed that he backed the Equality Act, which would protect LGBTQ rights, and that voted to boot Georgia Rep. Marjorie Taylor Greene from her committee assignments due to her violent rhetoric. However, Katko also voted for the Equality Act in 2019 and still retained the Conservative Party’s support the next year, so there may be time to repair the relationship.

Katko will certainly hope so: In 2018, he defeated Democrat Dana Balter by 13,694 votes—fewer than the 16,972 he received on the Conservative line. While his victory wasn’t dependent on that line in his 2020 rematch with Balter, Katko might not be so lucky next year, especially if Democrats target him in redistricting.

Onondoga Conservatives say they’ll ask Kassar to either leave the party’s line blank or endorse someone else in 2022. The latter option could prove particularly self-defeating, but it’s a tack not unfamiliar to right-wing extremists in New York: Republicans lost a special election in 2009 in what was then the 23rd Congressional District after the GOP and the Conservative Party nominated different candidates, allowing Democrat Bill Owens to flip a seat that had been red since the 19th century.