Running for Virginia governor: ‘Black women saved the country—but have never been allowed to lead’ 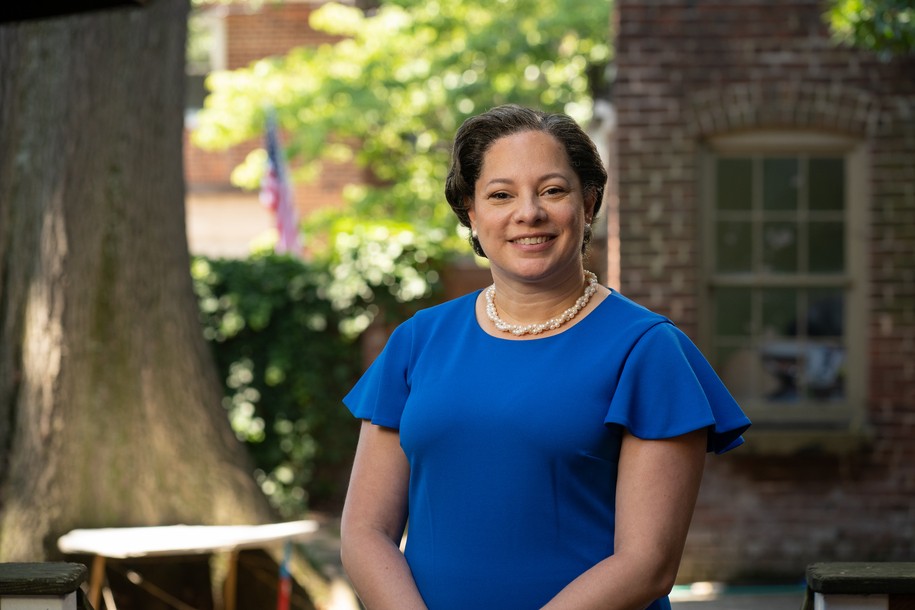 This is the second in a series of interviews with Democratic candidates for governor of Virginia.

“Black women have done the hard work of building and saving this country from itself, time and time again.” The steel I heard in state Sen. Jennifer McClellan’s voice was unmistakable. We had spent the last half-hour on the phone, discussing her campaign for governor of the Commonwealth of Virginia. The depth of her legislative experience and policy “wonk” was on clear display, and I couldn’t help but be impressed by the answers she’d given to my questions.

We were at the very tail end of our interview. My last question for candidates I interview is pretty point blank: “Why is now the time for you?” Sen. McClellan began to tell me how being a Black woman and a working mother had informed her decision to run for governor of Virginia. Her story, and the way she told it, took my breath away.

“But,” she said to me, her tone sharp, confident, and uncompromising, “Black women have never been allowed to lead. And now, we’re not content to sit in the back and do the work anymore. We want to take our rightful place: leading.”

Sen. McClellan has a reputation for being fairly mild-mannered; her friendly and approachable demeanor has been one of her hallmarks during her 15 years in the Virginia legislature. The daughter of a teacher and a minister, fellow legislators from both parties describe her as unfailingly kind.

The statement she made about Black women leading, though—the passion and determination evident in her voice were something quite different. Though, honestly, I had no reason to be caught unaware—it wasn’t the first time I’d heard Sen. McClellan, 48, shed her ostensibly mild manners  and use her oratorical skills to knock things right out of the rhetorical ballpark.

We had both been invited to speak at an event in Charlottesville on a blistering hot late September day in 2019. A recent rainstorm had driven everyone inside an un-air-conditioned venue, the humidity so thick it defies any cliched description I could write here. Sen. McClellan was the headliner for this event, the clean-up speaker for the day.

I’d known of her, of course, and her reputation as a stateswoman and policy wonk. An experienced legislator from Petersburg who had been active in Virginia politics and community organizing most of her life, word was she was eying a run for governor.

I watched local candidates give rousing speeches, each more fiery than the last. The event began to turn from a stodgy, sweaty affair, where people were primarily concerned about if they’d put on enough deodorant, to a level somewhere just under “Baptist revival.” People were getting fired up. The prospect of repeating 2017’s blue wave election was so real you could taste it.

And then it was Sen. McClellan’s turn to speak. She jumped on stage and, without breaking a sweat (no small feat in and of itself in that room), launched into a barnburner of a speech. She didn’t bellow or holler; instead, she brought steel. Carbon forged. Each and every word was measured, considered, and damn effective. When she told us that this was our year—that this was our time—we just knew implicitly that she was right, and woe betide anyone who dared to stand in our way. As she walked off stage, the hall broke into raucous applause; I shared some knowing glances with a few friends. “She’s gonna be a hell of a contender,” one said to me. “Our own Stacey Abrams!” added another.

Comparisons to Stacey Abrams were high praise in 2019, and incredibly more so in 2021. The comparisons are not unfounded; both are about the same age, entered the legislatures of their respective states at about the same time, and have spent the majority of their careers fighting to bring about the new South that has resulted in a blue Virginia and Georgia.

When I asked Sen. McClellan about it, she demurred modestly. “I’m actually very flattered and honored by that comparison,” she said, noting that the two had known each other long before either of their names rose to prominence. “I admired (Abrams’) work as a legislator and definitely supported her in her race for governor, and in anything she does.”

For as long as Sen. McClellan had served in the legislature, she’s had the chance to work on some pretty big bills, so I wasn’t surprised when she mentioned her work on two big bills I was very familiar with. The Clean Economy Act, she told me, is not only helping to make Virginia the first state in the south to make the transition from fossil fuels to 100% clean and renewable energy, but is well-poised to help Virginia recover economically from the COVID-19 crisis.

The Reproductive Health Protection Act is the rollback of years of the Republican’s War on Women. Then-Delegate McClellan, the first member of the House of Delegates to be pregnant while in office, stood on the House floor in 2010, fighting against the very first mandatory ultrasound bill that made it to the floor. She and the minority caucus held their ground for as long as they could. But Republicans, in control of the legislature and executive branches, were eventually able to break through. “I’m very proud,” Sen. McClellan told me, “that I was able to just persist, and then roll back some of the biggest restrictions to access to abortion after fighting those same restrictions for so long.”

I was caught completely off guard when Sen. McClellan told me about the work she’d done reforming Virginia’s marriage laws. Until very recently, anyone charged with carnal knowledge with a child, 14 or younger, could potentially get off scot free … as long as they married the child. Yep: “Don’t worry, I’ll just marry this middle schooler” was a completely valid legal defense in the Commonwealth of Virginia. In the 21st century.

Somehow, it gets even worse. The way Virginia’s child marriage laws were written, 16- and 17-year-olds could get married with their parents’ permission. Those younger than 16 could get also married with parents’ permission … if the girl was pregnant. Unfortunately, these weren’t just old, held-over laws from centuries ago, only representing a theoretical problem—they were being used as rationales up until they were finally repealed a few short years ago.

Such issues are the sort of thing that Sen. McClellan has prided herself on fixing during her time in public office. She identifies the holes other people miss, holes that the most marginalized among us are still falling through; people who haven’t had their voices heard for generations. Then she takes on the fight to fix them.

Sen. McClellan told me about growing up in Matoaca. Her parents grew up as children of the Depression and lived through Jim Crow; their stories, she noted sadly, are pertinent even today, as the state of Georgia is doing its best to prove. She told me that listening to her parents recount their hardships helped her come to understand that government is at its best when it’s a force for solving problems, making people’s lives better, and strengthening communities. But at its worst—something her family had front row seats for—government is a force that oppresses some people for the benefit of others.

That was one of the driving forces that led Sen. McClellan to run for governor in the first place. During most of her legislative career in the Virginia House and Senate, she had to “deal with a group which consisted primarily of 50-plus-year-old white men who are Republicans.” Legislating in that environment, she told me, cut her teeth in knowing how to get things done even when the majority doesn’t share the same goals. Indeed, of the almost 300 bills Sen. McClellan has gotten passed, the majority of which were done so under GOP control.

Still, for someone who was more than happy to work across the aisle, eager to find common ground in being able to solve her constituents’ problems, Sen. McClellan found she was stymied in doing so time and time again. The problems of her constituents, and of many (if not most) Virginians, were simply being ignored in a body that, until recently, was more interested in performative conservative virtue signaling than passing meaningful legislation. As hard as Sen. McClellan was willing to work with her colleagues on both sides of the aisle to get things done, she realized that the needs of Virginians were not being met, and were never going to be met, unless someone was willing to stand up for them at a level where action could produce real results.

I encourage all undecided Virginia voters to read the full transcript of our interview; we covered so much more than I could include here. We spoke about Senator McClellan’s depth of experience as a legislator, her thoughts on rural Virginia, and where the country is going. The example that Sen. McClellan gave me about the kind of turning point the George Floyd murder was for our country is worth reading the entire extended interview for. And it might do better justice to the tone, tenor, and determination that Sen. McClellan exudes, all things that translate so poorly in the written word.

I haven’t decided which gubernatorial candidate I’m voting for in this June’s primary in Virginia. We have some really excellent candidates running, but I simply don’t see how any Virginia voter could not seriously consider checking the box for Sen. McClellan this June 8.

Read the previous installment of this series here.