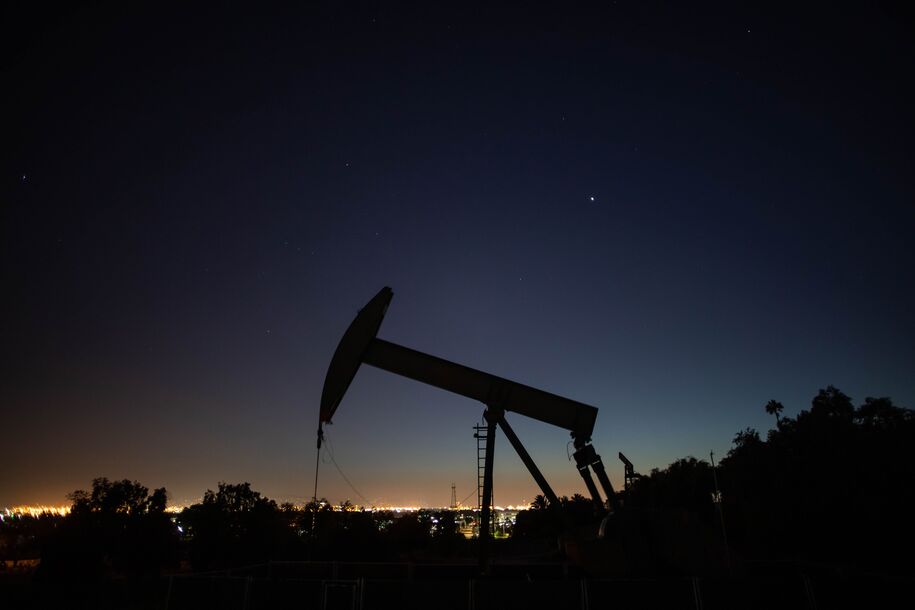 While his failed response to the COVID-19 pandemic will forever seal Donald Trump’s legacy of disregard toward the health and safety of the American people, many of his administration’s less-publicized actions attempted to inflict less visible but potentially even worse long-term harm upon the country. Nowhere was this pattern more pronounced than in Trump’s systematic dismantling of federal regulations intended to protect Americans from the poisoning of our air, land, and waterways, and from the devastating impact of man-made climate change.

Most of these regulations were instituted by the Obama administration to curtail the propagation of greenhouse gases linked to global warming. One of them targeted emissions of methane, a byproduct of oil and natural gas drilling described as “carbon dioxide on steroids,” with at least 72 times the heat-trapping capacity of CO2 over a 20-year period. In August 2020, the Trump administration eliminated the Obama-era rule requiring—for the first time—the monitoring and control of methane emissions for new oil and gas wells. This was Trump’s gift to the fossil fuel companies that supported his presidency, potentially freeing millions of metric tons of methane gas, the “number-two producer of human-caused greenhouse effects,” into the atmosphere.

In enacting his anti-climate agenda, Trump found a willing ally in congressional Republicans, who dusted off a seldom-used 1996 law known as the Congressional Review Act to nullify regulations enacted in the waning days of the Obama administration. Now, with their new majorities in both houses of Congress, Democrats are now poised to employ the same law to reverse Trump’s actions on methane emissions.

As reported by The New York Times:

The 52-42 vote was the first time congressional Democrats have used the law, called the Congressional Review Act, which prohibits Senate filibusters and ensures one administration’s last-minute regulations can be swiftly overturned with a simple majority vote in both chambers of Congress. Three Republican senators — Susan Collins of Maine, Lindsey Graham of South Carolina and Rob Portman of Ohio — joined Democrats and Democratic-leaning independents to vote for the measure.

The effect of the rule reversal will be to reinstate the original regulation on methane emissions. The bill now passes to the House, where its final passage is virtually certain. As The Times observes, the reinstatement of the Obama rule regarding methane emissions will be the first legislative step in achieving President Joe Biden’s stated goal of reducing greenhouse emissions by 50% of 2005 levels by 2030.

Somewhat surprisingly, this move has not experienced the degree of pushback from the fossil fuel industry that might be expected, in part because those industries had already reconciled themselves to complying with the Obama-era rule before its attempted sabotage by Trump. As The Times notes, it is predominantly smaller oil and gas companies that have chafed at the prospect of having their activities regulated and their profits impacted, while larger companies had already been boasting about their efforts to prevent methane from seeping from their wells.

Methane emissions in this country are primarily the product of leaking or uncapped oil and gas drilling. The potentially harmful impacts of such emissions on the Earth’s ability to cool itself have received closer scrutiny over the past decade. As The Times noted earlier this week, a new United Nations report, to be published next month, is expected to emphasize the critical importance of reducing methane levels as a key component of mitigating climate change, particularly in the short term.

It follows new data that showed that both carbon dioxide and methane levels in the atmosphere reached record highs last year, even as the coronavirus pandemic brought much of the global economy to a halt. The report also comes as a growing body of scientific evidence has shown that releases of methane from oil and gas production, one of the biggest sources of methane linked to human activity, may be larger than earlier estimates.

The UN report is also expected to emphasize that methane reductions would also “prevent more than 250,000 premature deaths, and more than 750,000 asthma-related hospital visits, each year from 2030 onward.”

But the impact on rising temperatures if these emissions are significantly reduced will be felt on a much broader scale. Unlike carbon dioxide, which can remain in the atmosphere for centuries, methane gas breaks down after one or two decades. Although it ultimately converts back to CO2, its superheating quality is abated. From a practical standpoint, even with significant carbon dioxide emission reductions (hopefully) put into place in the near future, we would not see an impact on global temperatures until the middle of this century. Effective reductions in methane emissions put into place now will have a more immediate effect in warding off more catastrophic warming within the next 20 years. Reducing methane emissions essentially buys us time in our efforts to meet those mid-century targets that scientists believe will be necessary to significantly reduce the impact of climate change.

Over all, a concerted effort to reduce methane from the fossil fuel, waste and agricultural sectors could slash methane emissions by as much as 45 percent by 2030, helping to avoid nearly 0.3 degrees Celsius of global warming as early as the 2040s, the report says.

One climate expert, interviewed by The Times, emphasizes that the reduction in methane emissions would have a near-immediate impact on global warming.

“You have a near immediate slowdown in the rate of warming,” said Ilissa B. Ocko, senior climate scientist at Environmental Defense Fund, whose own recent research found that going all-in on reducing methane emissions from the most polluting industries could slow the rate of global warming by 30 percent. “That’s really powerful.”

As the forthcoming UN report will indicate, the fossil fuel industry, as a substantial producer of methane, is in the most cost-efficient position to take steps to reduce its emissions if the continued overheating of the planet is to be mitigated, because in theory the recapture of these emissions nets more product for these companies. It is also the industry most suited to technological methods of adaptation. Still, further efforts will be required to reduce these same types of emissions produced by other sources:

Minimizing methane from landfills also plays a role, as does lowering methane emissions from livestock. But emissions-reduction technologies are less certain in those fields. Releases from livestock, in particular, are expected to make up a growing share of future methane emissions unless there are technological breakthroughs, or the world’s top meat consumers change their diets.

Even as the Trump administration reversed President Obama’s attempts to eliminate the uncontained release of methane, studies were widespread showing that the problem was considerably more serious than even the EPA’s own estimates suggested. Of course, more convincing than the most urgent scientific warnings was the stark evidence of multiple climate-related natural disasters that multiplied during the Trump administration before the onset of the global pandemic occupied most of the news.

As CNN reminds us:

In Trump’s first year in office in 2017, he announced that he planned to pull the US out of the Paris Agreement on climate. That same year, Hurricanes Maria, Harvey and Irma left behind a wake of death and destruction from Puerto Rico to Texas, a year that saw all disasters in the US cause a record $321 billion in damages.
In 2020, a record-breaking 22 separate billion-dollar weather and climate disasters — including unprecedented wildfires in the American West — caused a total of $95 billion in damages across the country.

According to The Times, the reinstatement of the Obama-era rule to control the escape of methane from new wells is seen as a first step only, as new EPA administrator Michael Regan is expected to propose new rules this year requiring controls on such emissions from all existing gas and oil sites. As for the future of both the country and the climate, the Biden administration is relying on Congress to pass its infrastructure plan, which, as noted in U.S. News & World Report, “targets nearly $1 trillion in spending on climate and clean energy, including 500,000 charging stations for electric vehicles, a significant expansion of solar and wind power, and development of technology to capture and store carbon pollution from coal-fired power plants.”