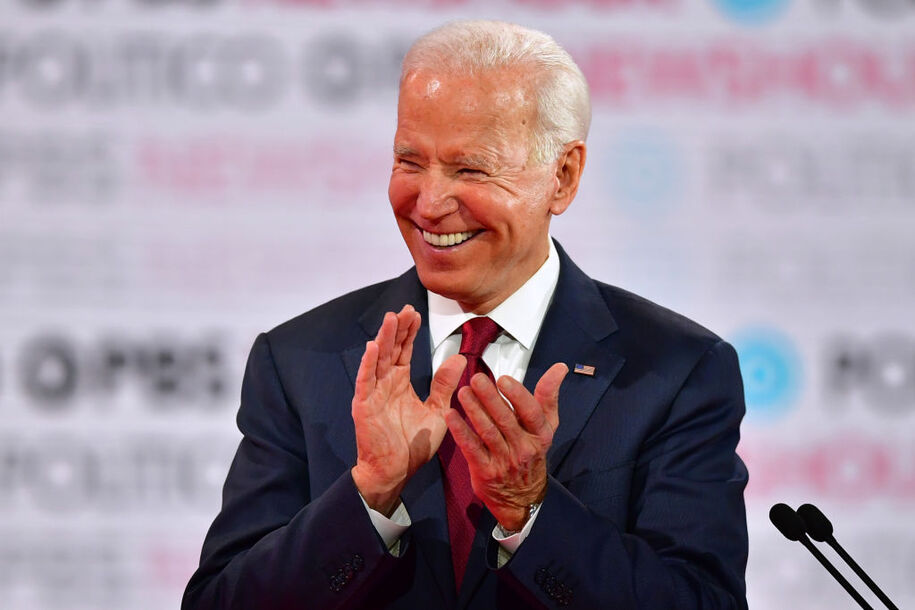 Now that Donald Trump is out of office, the right-wing smear machine has kicked into high gear in its efforts to find something—anything—that might tarnish the Biden administration. It is sadly indicative of how difficult a task they face that the most inviting target appears to be a four-legged member of the president’s family.

Judicial Watch, the conservative activist group that says its mission is to file lawsuits to expose government misconduct, has trained its sights on an unexpected target: the Biden family dogs.

The group announced Tuesday that it has filed a lawsuit against the Department of Homeland Security in an attempt to secure records related to a biting episode involving Major, the younger of the first family’s two German shepherds, and a Secret Service agent on the White House grounds.

Judicial Watch is a right-wing organization that characterizes itself as promoting “transparency, accountability and integrity in government, politics and the law.” Formed in 1994 by Larry Klayman, an anti-government extremist whom the Southern Poverty Law Center describes as “a pathologically litigious attorney and professional gadfly notorious for suing everyone from Iran’s Supreme Leader to his own mother,” the group’s modus operandi, as explained in 2016 by The New York Times, lies in filing meritless lawsuits purportedly to obtain documents from an endless cascade of Freedom of Information Act (FOIA) requests.

Judicial Watch’s strategy is simple: Carpet-bomb the federal courts with Freedom of Information Act lawsuits. A vast majority are dismissed. But Judicial Watch caught a break last year, when revelations about Mrs. Clinton’s private email server prompted two judges to reopen two of the group’s cases connected to her tenure as secretary of state.

The organization is an “associate” member of a network of right-wing think tanks that calls itself the State Policy Network. Far from being nonpartisan, as its website claims, the organization’s activities are funded by right-wing organizations like the Carthage Foundation and the Sarah Scaife Foundation, and are devoted almost wholly to attacking Democratic politicians and policies with false or misleading claims. For example, in 2017, the group’s president, Thomas Fitton, was involved in the impugning of Seth Rich, a Democratic National Committee member whose murder Judicial Watch attempted to link to Hillary Clinton. The group was also responsible for promoting the Vince Foster conspiracy theory, also targeting the Clintons. Judicial Watch has collaborated with Breitbart News and other conservative media outlets in spreading disinformation, particularly misleading claims about election integrity.

Although the group is no stranger to ridiculous lawsuits, its complaint against the Department of Homeland Security to obtain information regarding Joe Biden’s dogs appears to settle somewhere between the farcical and the absurd.

Judicial Watch said it filed the lawsuit because the Secret Service has been slow to process a Freedom of Information Act request seeking “all records of communications between USSS officials responsible for protection at the White House regarding the Biden family dogs, named Champ and Major.”

The JW lawsuit claims that the Secret Service has been dilatory in providing this information, and that the group is suffering “irreparable harm” as a result. The reality is (as the complaint itself acknowledges) that the Secret Service already advised the group that the documentation it requested under FOIA is being compiled and processed. Presumably, the slight delay is due to the Department of Homeland Security (DHS) having more pressing responsibilities.

The broader question though, which should not go unremarked upon, is why this organization would so pathetically fixate on incidents of aggression by a dog involving, by all accounts, very minor injuries that did not result in any appreciable loss of well, much of anything.

“Yes, Major nipped someone on a walk,” Michael LaRosa, the first lady’s spokesman, told CNN. “Out of an abundance of caution, the individual was seen by WHMU and then returned to work.”

Of course, the answer to that is obvious: The purpose is to harass Biden’s DHS, and by extension, the Bidens themselves. All of this comes at the U.S. taxpayer’s expense, since the time and bills to respond to the lawsuit and defend DHS will sap resources that might be more productively used by the U.S. government on American citizens’ behalf. And with all the important issues facing the country—one that is just beginning to pull itself out of the worst combined public health and economic crisis in over a century—this is apparently where the right would prefer the Biden administration to focus its attention.

For all its absurdity, this is an instructive moment, nevertheless. Transparent efforts to manufacture  “issues” out of thin air are now simply a hallmark of the right, in its endless quest to provoke and inflame its susceptible audience. Abuse of the legal system and government—in this case with frivolous FOIA requests and lawsuits—is simply one tool to be used in furtherance of its goals.

So for anyone looking for a depth or bottom to which these people will not stoop, this lawsuit simply confirms what we should all know by now: There is none.