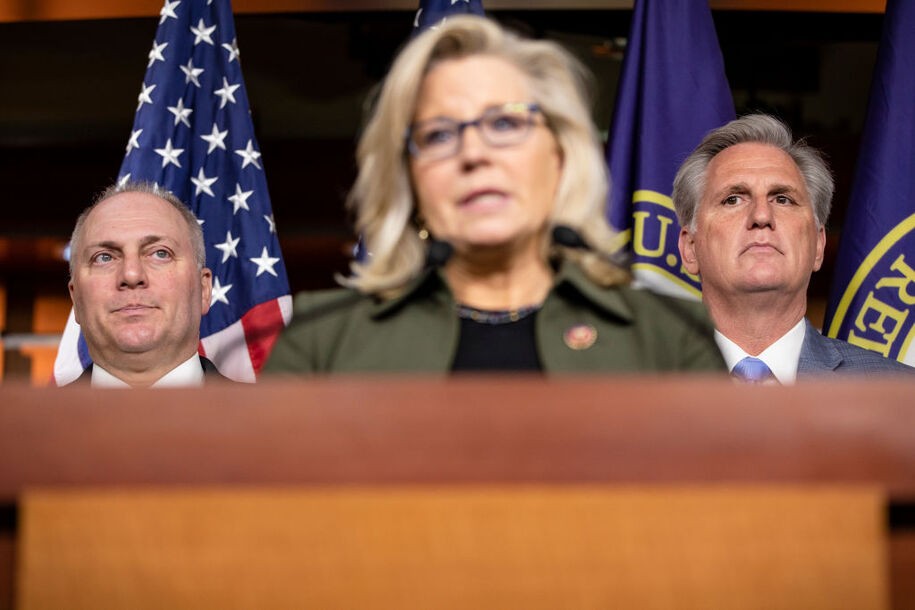 In a lengthy discussion on the brewing internecine war between Republicans, Jake Tapper stood firmly on the side of truth. Appearing on Tuesday’s edition of CNN’s New Day, Tapper noted that Republicans, for the most part, simply aren’t good-faith actors anymore.

Of course, while the truth is fairly easy to suss out these days, grasping even a gossamer strand of it seems like a Sisyphean challenge for Republicans. The party’s epistemological polestar is now Donald Trump, who is to truth what French’s mustard is to French cuisine.

As Tapper notes, if we’re going to have a society, we have to agree on certain facts—and one of those is that Donald Trump lost the 2020 presidential election. An example of an opinion would be that Trump lost because he looks like Ed Gein’s first attempt at upholstering a chaise lounge. Again, that’s just an opinion. But it clearly holds more weight these days than Republicans’ preferred “facts.”

Republicans are at an inflection point now. On the side of consensus reality is Liz Cheney, the House Republican Caucus chair, who appears to believe democracy is worth saving.

While Cheney survived a challenge to her leadership position in February, Republicans have increasingly become fed up with her decision to hew to observable facts, and she may soon be on the outside looking in.

As Tapper sees it, this is an alarming and dangerous development.

TAPPER: When it comes to these lies, first of all we’ve seen what they do. The Jan. 6 insurrection was incited by months and months of spreading these lies. Beyond that is the fact that, when it comes to lies like this, and the House Republican Caucus and the leaders, like McCarthy and Steve Scalise, they’re like Doritos. You can’t just do one. You keep lying and lying and lying.

We saw last week McCarthy spreading the lie about Joe Biden wanting to steal your hamburgers for climate change. We’ve seen the appeasement of lies when it comes to COVID, and the fact that about half of Republican voters say that they’re not willing to get vaccinated because of all the lies and fear that’s been injected into the Republican bloodstream about health issues.

Yes, if you want to get an idea of just how pernicious Donald Trump’s lies have been, you need look no further than COVID-19. Trump loves conspiracy theories, unlike any president in modern history. As a direct result, he’s created a climate wherein random strangers’ Facebook posts and demon sperm doctors’ declarations are considered to be just as valid as CDC health guidance.

Tapper asserts that, while Trump’s negligence and ignorance no doubt led to thousands of preventable deaths, his Big Lie about the election is (still!) threatening to upend democracy itself.

We see the appeasement of the conspiracy theorists that support the deranged theory of QAnon, that there are satanic cannibalistic pedophiles who run Hollywood and the Democratic Party. I mean, it just keeps going. That’s the point. The lie about the election on its own is anti-democracy and it is sowing seeds of ignorance in the populace, and obviously it has the potential to incite violence. But beyond that is, if you’re willing to lie about that, what are you not willing to lie about? And that’s where we are when it comes to the House Republican leadership, McCarthy and Scalise, and where we are with too many leaders of the Republican Party. They’re not willing to tell their voters the truth. What does that say about them?

After arguing that we need a thriving, fact-based GOP to act as ballast for Team Blue, Tapper noted that the kinds of debates that are crucial to the healthy functioning of a democracy simply aren’t happening—and, indeed, can’t happen so long as Republicans are lost in la-la lie-lie land.

He shouldn’t put them on TV. There’s really no point. Unfortunately, lots of “news” organizations will. And their assertions will go essentially unchallenged.

I don’t know about you, but I’m a little scared about where the Republican Party is headed. This is an organization for which truth is now anathema, and everything is filtered through a lens of magical Trumpian thinking and white grievance.

Just listen to this declaration of devotion to the Orange One.

This is the gift Donald Trump has given us, and it’s well past time we give it back.