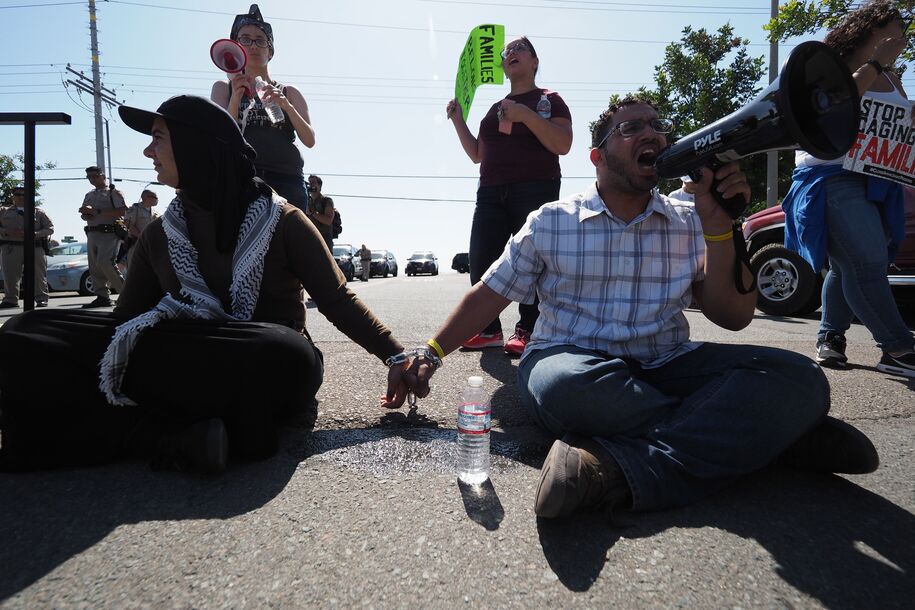 The San Diego County Board of Supervisors has approved a one-year, $5 million pilot program that will provide legal assistance to immigrants detained at nearby Otay Mesa Detention Facility, the Associated Press (AP) reports. Unlike in the criminal court system, people facing immigration court aren’t guaranteed legal help, no matter how vulnerable—or young—they might be.

“The lack of appointed counsel means that tens of thousands of people each year go unrepresented, including asylum seekers, longtime legal residents, immigrant parents, spouses of U.S. citizens, and even children,” Terra Lawson-Remer told the AP. The supervisor introduced the measure, which passed by a 3-2 vote. “They are left to defend themselves in a notoriously complex system.”

The pilot program could provide urgent relief to immigrants detained at the notorious facility, where the first immigrant to die of COVID-19 had been held. Fifty-seven-year-old Carlos Ernesto Escobar Mejia had actually been on a court-mandated list of medically vulnerable detainees who could have been released by Immigration and Customs Enforcement (ICE) due to the novel coronavirus pandemic, but by then he was already in the hospital, where he died in May of 2020.

The CoreCivic-operated Otay Mesa site is so wretched it later that year failed a virtual inspection, with the Los Angeles Times reporting that ICE’s Office of Detention Oversight (ODO) found “deficiencies … in the areas of medical care, admission and release, staff-detainee communication and telephone access.” When ICE says “deficiencies” in its report, it really means “violations.” But it’s using “deficiencies” because it doesn’t sound as bad as “violations.”

The AP report cites findings from the American Immigration Council stating that immigrants who have legal help are much likelier to be able to fight their case in freedom, so the pilot program could be vital in helping secure the release of people at Otay Mesa. “Only 17 percent of detainees in San Diego have such representation, according to the council,” the report continued.

While a number of cities have established legal funds to aid vulnerable immigrants, “San Diego would be the first southern border county in the United States to provide legal representation for those in federal immigration custody who are facing removal proceedings,” it continued.

“Three of my great-grandparents fled to the U.S. to escape the torture and mass killings of Jews in Europe, and 100 years later our country is still a beacon of hope for people fleeing persecution,” Lawson-Remer continued to the AP. “When we keep America’s promise of equal justice for all, we give immigrants dignity, we make the legal system more efficient, and we strengthen our values as Americans.”