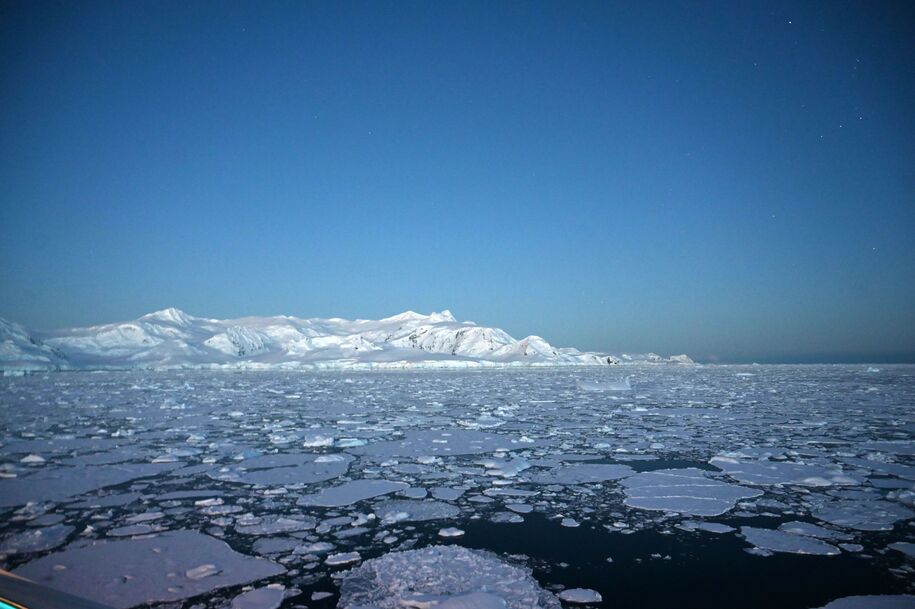 For more than a year, the world has—quite understandably—been caught up in looking at a crisis that threatened to (and did) kill millions of people more or less immediately. With that in mind, it’s easy to see how the genuinely existential threat of climate change hasn’t been getting nearly as many headlines as it has in recent years. However, that doesn’t mean that the threat has in any way declined.

Despite a much-touted decline in greenhouse gases that coincided with a decrease in manufacturing and transportation in the early weeks of the pandemic, those temporarily clear skies are smoggy again, and the level of greenhouse gases has sadly rebounded. With that in mind, a trio of papers and articles published over the last week in Nature show why scientists are growing increasingly nervous about Antarctica, and increasingly convinced that there’s a chance sea level rise will be more extreme than many models have predicted.

One big concern is something geologists call isostasy. Though the crust of the Earth largely consists of solid rock, the mantle is something else—it’s a thick layer of silicates that’s technically solid, but in practice acts like a highly viscous liquid. When ice builds up on an area of the surface, it pushes the rocks of the crust down into that liquid-like mantle. As the ice melts, not only does more water run into the ocean, but the decreased weight means that the land which had been pressed down by the burden of ice begins to rise. That rising land displaces even more ocean water, meaning that ocean levels can rise more than the volume of ice that has melted. As much as 30% more.

The one good thing about isostasy is that it does happen slowly. Not slowly as far as geologists are concerned, but slowly for people who don’t spend every day thinking in terms of “deep time.” For example, if the West Antarctic Ice Sheet were to melt, it would likely take 1,000 years for the continent to rebound.

But even if the pressure between crust and mantle will be adjusted over a millennia, that doesn’t mean that sea level increases won’t be evident until 3021. That Antarctic rock bounce would add about a meter to sea level rise, but that’s just a fraction of the total increase expected.

As a paper from a team of international researchers predicts, melting land ice can be expected to add more than 42cm (1.4’) to sea level in this century—and that’s if all nations meet the obligations under the Paris agreement. If the increase in global warming could be limited to 1.5°C, the increase could be cut by two-thirds, but that would require significant additional changes.

An increase of under two feet may not seem like much, but it’s an enormous change for coastal communities. In fact, it’s over twice as much increase has occurred since 1880. Combined with high tides and storms, it would overwhelm many cities, push saltwater far into many estuaries, ruin aquifers in multiple areas, and mean the loss of millions of acres of low-lying agriculture.

A second paper also examines the relationship between the commitments under the Paris agreement and the expected rise in sea level. That paper predicts that meltwater from Antarctica will contribute about 0.5cm (0.2”) per year, which also sounds relatively mild—but it’s an order of magnitude greater than previous measures. That paper also provides a mind-boggling number for the total amount of water contained in the Antarctic Ice Sheet, showing it as enough to raise the global sea level by 57.9 meters. That would be 190 feet. Now add in that isostasy, and the resulting change would be more like 250’.

That’s not quite enough to bring on Waterworld, but more than enough to render a map of the coastlines unrecognizable. How big would the change be? These two maps in the Miami Herald max out at just 10 meters (33 feet). In fact, the highest point in Florida is just 197 feet above sea level.

What both papers show is how exquisitely sensitive to small changes these system are, with differences of a degree causing huge changes in outcomes. In an interview with The Guardian, one of the lead authors of the second study made it clear.

“If the world warms up at a rate dictated by current policies we will see the Antarctic system start to get away from us around 2060,” said Robert DeConto. “Once you put enough heat into the climate system, you are going to lose those ice shelves, and once that is set in motion you can’t reverse it.”

Keep in mind that the numbers being posted here are the “good” scenarios, the ones where the world sticks with climate agreements. Fortunately, current pricing on energy make doing the right thing also the cheap thing as solar power and wind power have moved well below the cost of coal and are competing directly with the price of natural gas. Still, it is not a given that the economics will always favor renewable energy, Anyone who thinks that simply relying on the market to do the right thing … has never watched how the market deals with anything. Preventing trillions of tons of additional carbon from being injected into the atmosphere will take serious, enforceable, itnernational agreements.