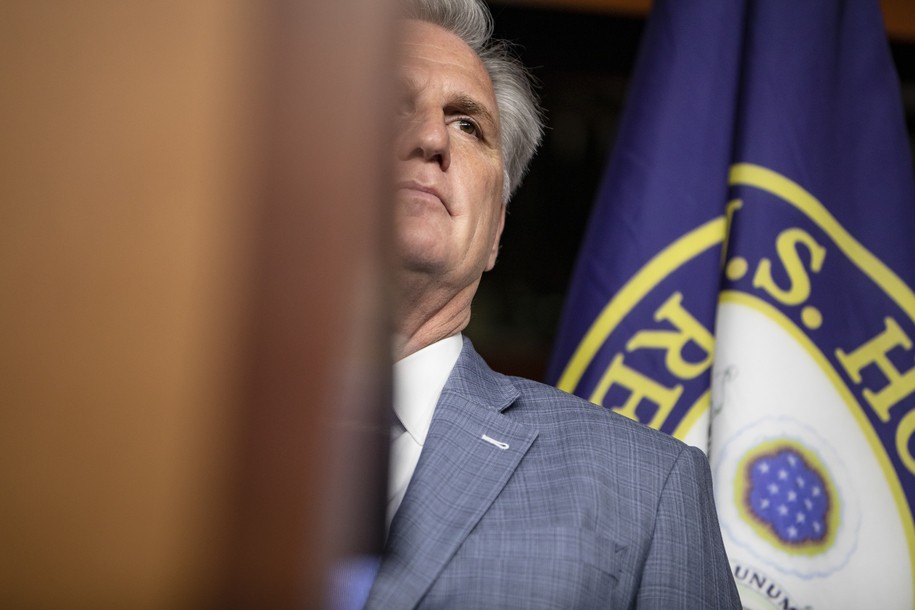 As House Republicans line up to purge their ranks of any potential truth tellers about Donald Trump’s 2020 loss, new reporting from the Washington Post suggests they are living a level of denial that exceeds mere strategic choice about how to retake the majority next year.

Not only are House GOP leaders ousting their No. 3, Rep. Liz of Cheney of Wyoming, for refusing to peddle Trump’s Big Lie about rampant voter fraud, they are attempting to deprive their own members of the extent to which Trump could sink them in critical districts. During the caucus’ April retreat, the Post reports that staffers from the National Republican Congressional Committee refused to disclose key elements of their own internal polling on Trump.

Even when one GOP member posed direct questions about Trump’s support, the staffers conducting the briefing refused to come clean.

It’s the type of self-deluded miscalculation that could truly undercut their chances in critical swing districts, particularly as the party lurches to the right in an attempt to keep Trumpers engaged and activated for the midterms.

As I wrote in a post several weeks back, it’s impossible to imagine the GOP hard-core embracing the political fringes of Trump’s base without it somehow disrupting its relationship with high-propensity college-educated voters. It’s a group that already has continued to move away from the party in the past two election cycles. And yes, I’m assuming that “core districts” likely refers to swingy suburban districts.

In Georgia, for instance, Biden’s win was largely powered by the shift among voters in the suburbs, college graduates, and high-income earners, according to turnout data from The New York Times. Here’s how they moved from 2016 to 2020:

Another metric that seems to support what is reported in the Post is Trump’s favorable rating nationally among independent college graduates, which is roughly 15 points underwater (17 points to be specific).

To be clear, the lack of specificity of the Post’s reporting on the internal GOP data along with the fact that it’s simply too early to game out which districts will be in play make it impossible to draw too many conclusions.

But the GOP’s lurch rightward has been both real and undeniably overt, and Trump’s unpopularity with suburban voters is also verifiably real. Bottom line: If Republican leaders are lying to their conference about Trump’s overall drag on their candidates, that can’t be good news for whatever strategerie they are planning for 2022.