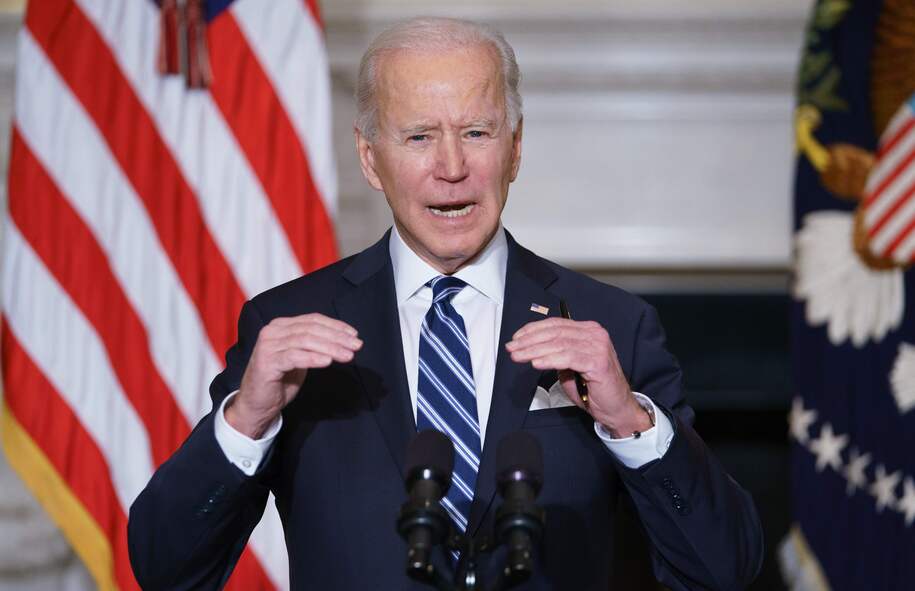 The efforts to repair the damage done by the most corrupt and propaganda-devoted administration in modern U.S. history continue. President Joe Biden’s new scientific integrity task force will have its first meeting at the end of the week; the 46-person team is tasked with finding incidents in which partisanship was put above scientific rigor within government during the past two administrations, and coming up with new rules that make it harder for such crookery to occur in the future.

In other words, it’s a fact-finding panel for sifting through all the many, many incidents in which Donald Trump’s Republican hires either ordered government agencies to ignore scientific findings, alter them, or keep them from being published at all. From the Environmental Protection Agency to the Interior Department to take-your-pick, Trump had no trouble finding longtime Republican Party gadflies eager to sabotage government agencies keeping watch on industrial pollution, climate dangers, public health issues, and even The Actual Weather. Quashing unpleasant facts and replacing them with party-boosting fictions is, after all, what the Republican Party stands for.

You could have stuffed Trump into the glovebox of one of his golf carts for the entire four years of his presidency, rendering him unable to communicate with the outside world at all, and the Republican functionaries who hired themselves into his White House (you can’t possibly think that Trump gave a damn who he hired, so long as they gave him the proper sucking up) would still have worked to sabotage scientific research, undermine regulatory efforts, and sell the nation’s resources off at scrapyard prices. It is what they do.

The new task force, which Biden created at the end of January and will work for the next four months, will be charged with sorting through it all. There is a lot: The Union of Concerned Scientists database of incidents in which government policy appeared to ignore or meddle with the government’s own scientific experts is massive, featuring everything from Trump officials making changes to scientific reports on climate change to blocking health officials from making public appearances during the COVID-19 pandemic after Trump began to make bizarre, seemingly pulled-from-nowhere claims downplaying the severity of the early pandemic. Many of the Trump administration’s attacks on scientific expertise in favor of industry desires or, worse, “whatever Dear Leader last said,” come with their own death tolls.

Other Trump actions may not have killed people yet, but could very well do so in future years. Among the most astonishing examples of (fascist) propaganda enforcement was after Trump’s 2019 flub identifying Alabama as one of the states in danger from September’s Hurricane Dorian (it was not). Instead of brushing off Trump’s tweet as a momentary gaffe, the administration retaliated against government forecasters who publicly corrected the information; the White House then presented a Sharpie-altered official weather forecast to assert that the state was too in the storm’s path.

That sort of brazen hoax promotion will assuredly lead to public distrust of the same government institutions in the future. If even the path of hurricanes or the supposed transmissibility of a deadly pandemic virus is now up for debate based on a future Dear Leader’s momentary whims, it is hard to imagine public trust for any of the lower-visibility scientific declarations underpinning government regulatory decisions.

If there is good news buried in any of this, it is that the Trump administration’s contempt for competence short-circuited some of the more egregious instances of sabotage: Trump’s hires often overrode scientific experts in ways that brazenly violated the law to begin with, resulting in court challenges and court orders blocking implementation. It will be the job of the task force to determine how best to circumvent future sabotage by future corrupt administrations.

In an ideal world, defrauding the public by misrepresenting, burying, or altering government research would be treated as the sort of brazen corruption it so obviously is. There is a difference between challenging scientific consensus and simply declaring, for political considerations, that the answer is the opposite of what government’s own experts believe it to be. Many of Trump’s top enablers perpetrated frauds within their departments much akin to Trump’s own oft-bizarre declarations that reality was now whatever he personally believed it to be. All but a handful of those officials have sunk back into the movement’s bowels with no repercussions whatsoever.

It would be nice if the task force could determine some remedy for that. A ban on future government service would appear to be a given, but in cases where scientific findings were tweaked for the purposes of benefiting a specific industry or lobbying effort? It seems like there needs to be a more sturdy response to that.