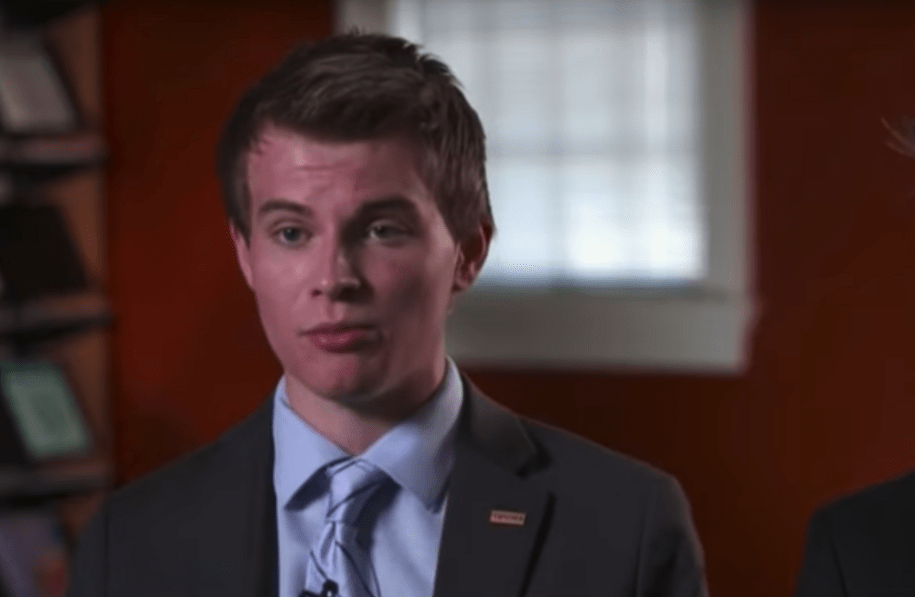 A little over two years ago, Tennessee’s own John Lambert, 23 at the time, was charged with being a fraud and pretending he was a veteran lawyer. Like most modern day frauds, Lambert was working his darndest for the Republican cause, organizing “Students for Trump.” Lambert started the group along with fellow Campbell University student Ryan Fournier, shortly after Trump’s nomination in 2016.

On Tuesday, Lambert who “pretended to be as Eric Pope, of the Manhattan-based firm Pope & Dunn,” amongst other things, was sentenced to 13 months in prison. According to the Daily News, the judge called him a “cold blooded fraudster” before sentencing the MAGA-inspired liar. It seems that Lambert pulled in tens of thousands of dollars from people seeking legal advice by lying to them about who he was and the level of experience he had. “He falsely claimed to be a graduate of NYU Law School with a finance degree from University of Pennsylvania and 15 years of experience in corporate and patent law.” Sounds like he would have fit right in to the last administration.

Lambert, from Tennessee, was living in North Carolina, and had been charged with conspiracy to commit wire fraud by the U.S. Attorneys Office of the Southern District of New York. He had plead guilty to the charges shortly after they were announced, and clearly hoped the plea deal would lead to a much shorter than the potential 20 years maximum in prison the charges he faced.

According to reports Lambert, who is now 25, ran his scam between 2016-2018, and took people’s money while pretending he would help them with credit issues they were facing. Before sentencing, Lambert told the court, “I lost focus on who I was. My ignorance was a disrespect to the law and my country. My life will be forever marked by this poor choice at a young age.” I wonder what his opinions on younger people of color making mistakes is? My guess is that his opinions are still 100% racist.

According to a 2019 profile in Politico, Lambert’s bio back during his Students for Trump days included:

“At a young age his parents taught values of morality and deep fiscal responsibility to him,” according to the bio that was originally posted on the Students for Trump website. “He comes from a family of multigenerational business owners who helped to build the infrastructure of America.”

He also seems to have been a big fan of the lead character in The Wolf of Wall Street, played by Leonardo DiCaprio. The character is a monumental fraudster. Anywhos, remember Lambert’s co-founder in his “Students for Trump” thing, Ryan Fournier? He was totally involved but made a deal with the feds before Lambert could. He has his own brand now and it’s very Hitler Youth-seeming adjacent.

That Bible reference in his Twitter bio? Ephesians 4:32, “Be kind and compassionate to one another, forgiving each other, just as in Christ God forgave you.” Let’s just say that The RFAngle Fournier is promoting there isn’t filled with lots of stories of “forgiving each other,” and Jesus and such. It’s a lot of James O’Keefe and Parler news.