Do you know this person? Take another look. Police say they have no suspects in D.C. bomber case 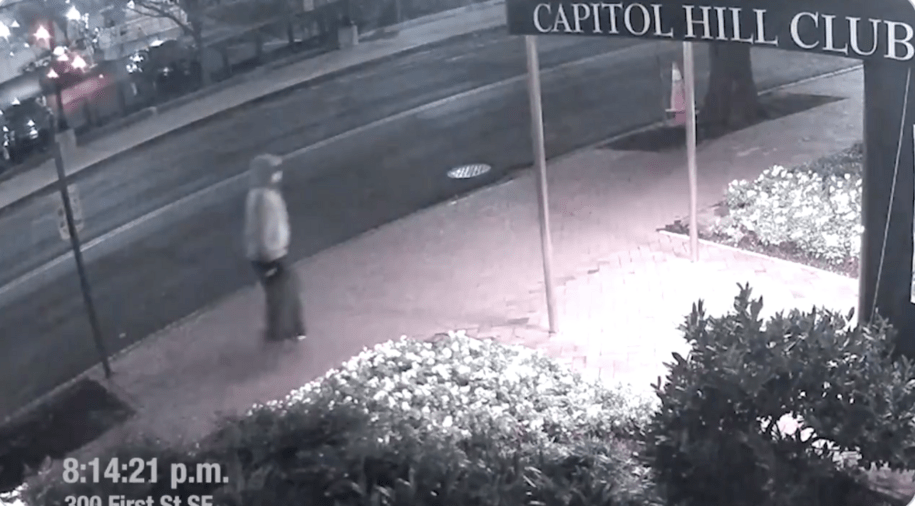 More than five months after the insurrection, federal agents from the FBI continue to arrest those responsible for breaking and entering the U.S. Capitol, charging them with a variety of crimes ranging from unlawful entry to conspiracy and felony assault of federal officers. And while they are making steady progress identifying the hundreds of people who took part, they are no closer to an arrest of the person who planted two pipe bombs the night before the deadly insurrection on Jan. 5—one placed outside the Democratic National Committee headquarters and another outside the Republican National Committee headquarters.

On Wednesday, Washington, D.C. Police Chief Robert Contee told a House panel that no suspects have been identified. He echoed the FBI’s assessment that the pipe bombs were viable and could’ve done extensive damage and caused loss of life.

With that in mind, take another look at the photos, screen captures, and videos below. There is a $100,000 reward for information leading to the location, arrest, and conviction of the person(s) responsible.

As you can see in the photos below, FBI are interested in several key points:

Below are the CCTV videos of the suspect from multiple angles, as well as a video from Steven D’Antuono, assistant director in charge of the Washington Field Office, where he outlines key behavioral attributes that might help jog people’s memory and identify the unknown suspect.

If you have any information concerning these incidents, please contact the FBI’s toll-free tip line at 1-800-CALL-FBI (1-800-225-5324), or submit tips online at tips.fbi.gov.
YouTube Video
YouTube Video