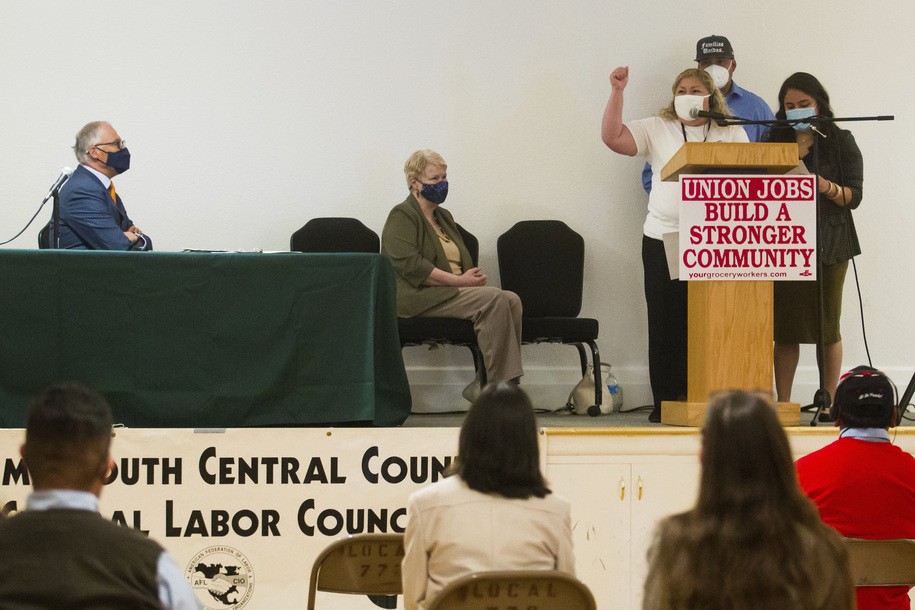 Farmworkers in Washington state will now have the right to overtime pay, following Gov. Jay Inslee’s signature of a new law on Tuesday. United Farm Workers (UFW), among the advocates that championed the the Tomás Villanueva Overtime Protection Bill, said the state is now only the second in the nation “to remove the racist exclusion of farm workers from national overtime pay laws.”

The law, which Inslee said during the signing ceremony that he would name after local farmworker and activist Tomás Villanueva, follows a recent Washington Supreme Court decision finding “the overtime exemption for dairy workers violated the state Constitution,” Yakima Herald reports. “Dairy workers had been paid overtime since the court ruling last fall; the new law removes the exemption for all agriculture workers.”

The bill’s historic nature won attention from President Joe Biden. “For too long—and owing in large part to unconscionable race-based exclusions put in place generations ago—farmworkers have been denied some of the most fundamental rights that workers in almost every other sector have long enjoyed, including the right to a forty-hour work week and overtime pay,” he said in a statement.

I was so honored to work with @UFW members like Ana who has worked in the fields for 16 years and is still fighting for justice. Our new overtime pay law is also another step for racial justice @stateinnovation https://t.co/MqhEfxlxil

The UFW said that for months, UFW worker leaders in Washington state “held meetings and town hall conversations with lawmakers and stakeholders in the legislative session to garner support for the legislation. After intensive collaborative negotiations, the bill had passed with overwhelming bipartisan support.” It’s a monumental victory for farmworkers and their advocates in the state, but too many continue to remain without vital protections.

“Farm work is difficult work,” Cruz said. “During my five years as a dairy worker, I saw firsthand how much workers sacrifice. Injuries are constant in dairies. Many of us worked 16-hour shifts with no overtime pay. Agriculture is Washington’s second-largest industry. Washington ranks number two in the nation in the number of farm workers. Our state’s 230,000 farm workers help generate $7.9 billion each year. Farm workers feed all of us.”

“Thank you to Senator Karen Keiser and all of our allies who were committed to making this happen,” Cruz continued in the statement. “Most importantly, a massive thank you to all the workers who never gave up the fight to be treated as equal as other workers.” Inslee said in a tweet following the signing that “[t]he  COVID-19 pandemic has brought a new focus on the challenges faced by frontline workers. The bills I am signing today represent an acknowledgement of the lessons we’ve learned and offer hope for a stronger path forward.”