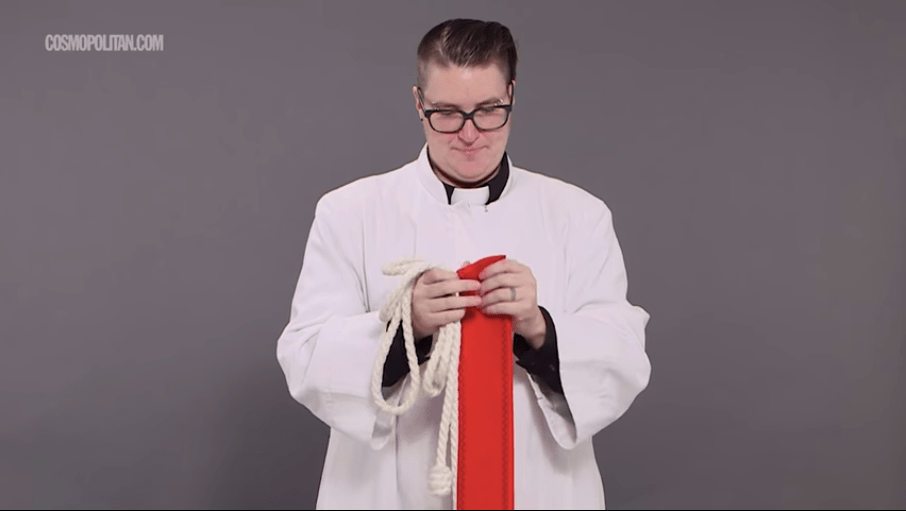 People who follow the news when it comes to transgender rights and equality have likely witnessed the absolute onslaught of anti-trans measures across the nation. At the state level, countless Republicans are pushing legislation that dehumanizes and discriminates against transgender folks, and especially, transgender girls. Whether it’s about playing sports, updating birth certificates, or receiving gender-affirming medical care, Republicans are eager to jump into the anti-trans hysteria and rhetoric, likely to distract from ongoing failures of the GOP during the pandemic.

Rohrer, who, because of the pandemic, now leads services from their living room in San Francisco, also serves as the community chaplain coordinator for the San Francisco Police Department. In the past, they have also served unhoused and hungry populations and been involved in street activism.

As of now, they are set to replace Reverend Mark W. Holmerud, who is retiring on Sept. 11, 2021. Rohrer was elected with just two votes more than Reverend Jeff R. Johnson, earning 209 and 207 votes each, respectively. The synod includes roughly 200 congregations in Northern and Central California.

“During this time when some imagine trans people at their worst, Lutherans have once again declared that transgender people are beautiful children of God,” Rohrer said to Religion News Services in a statement. “Thank you to everyone who has been praying for me and my family as I accept this call.”

From there, Rohrer told the outlet, “people there would then feel like they could talk out loud about the queerness of their own children and kids.” Rohrer said they think as “more friends and families are able to speak out loud about the trans people that they love, our world will begin to be a place that is more welcoming.”

While speaking to CNN in an interview, Rohrer thanked the people who have come before them and “removed hurdles” in their path to becoming a minister. “As a bishop,” they stated. “I want to remove hurdles from the paths of others who may have a more difficult road to become a pastor.”

You can check out an inspiring and informative interview Rohrer gave with Cosmopolitan a few years ago via YouTube below.

As well as a great interview they gave with Austen Hartke for Gender Spectrum, also available on YouTube.