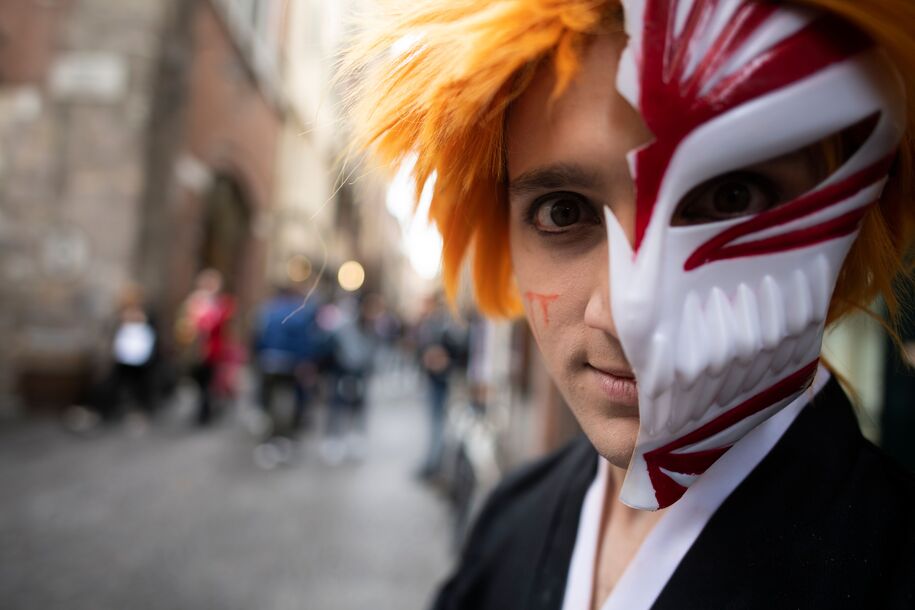 Congratulations to everyone who commented in the username origin story edition of Community Spotlight two weeks ago! In 1,293 comments, there was not one instance of acrimony, snotty rejoinders, or gripes. As elfling said, “I think the count is AWESOME. You host a great party!”

I agree, it was a great party, although it was all because of you—I only opened the room and made sure everyone was served. Respondents were enthusiastic in their stories and supportive in discussion.

I went back through all the comments to lift out examples of your explanations and topic trends—let’s look at them. If you didn’t get a chance to add your own username origin story two weeks ago, feel free to add your story here.

A popular username source honors family or famous people, or both for avatarabbiehoffman, whose name credits “Abbie Hoffman and the Chicago 7 with birthing my political consciousness when I was but a boy. My mom came home from protesting in Chicago in the summer of ‘68 with an awesome shiner from a police baton.”

Missys Brother spent his childhood viewed as the younger sibling of an older sister. He “read Daily Kos but never participated until two people were really giving a Connecticut member a very hard time. I joined late one night (to) help this member out. Everything I put in as a screen name was already taken. Finally I put Missy’s Brother and it went through. Both of the people giving the member a hard time have now been banned. I never thought I would stick around, but here I am, 14 years later.”

Names honoring animals and plants brought up familiar organisms—Dandy Lion, Fieldspeedwell, Nolana (a blue bellflower),and crotalus atrox (aka the Western Diamondback rattlesnake)—but also an unusual dog breed, Kuvasz, with a photo example. Catharus ustulatus’ name holds multiple layers of meaning. “Swainson’s thrush (genus/species) successfully breeds by being furtive, staying below the radar, deep in the forest. You hear, but seldom see them. I used to study those birds, and their M.O. fits in with living in a very red state.” Nectarus, whose name is also multi-layered, is named for “an aquatic salamander commonly called the mudpuppy or waterdog. It is unusual in that it never completely metamorphoses, as tadpoles do into frogs, but retains its fluffy red external gills throughout its life. Similarly, there are aspects of my childhood that I have never outgrown.”

Community members have diverse, sometimes surprising, professional backgrounds expressed in their usernames. Filkertom’s explanation introduced me to a music genre I’ve never encountered, although Community member Damon Griffin both recognized it and owns some of Filkertom’s music. “My first name is Tom. I write and perform filk (that is, music of and for the community of science fiction and fantasy fandom). Therefore, filker Tom. Definitely my brand.”

Some explanations changed how we imagine people. Wee Mama, for example, isn’t short. “When our children were small, their feet and their father strongly suggested they would be tall later on. I used to say to them, ‘You are little now, so I take care of you, but someday you will be bigger than me and you will take care of your little mother’ … It comes as a bit of a surprise when people meet me,” Wee Mama admits—because she’s 5 feet, 7 inches tall.

Similarly, Bakeneko doesn’t work around an oven. “My username literally means ‘changed cat’ in Japanese.” He goes on to explain that a bakeneko is a cat who died due to human wickedness, and changed to human form … to seek vengeance.

Many username stories were unusual and defied categorization, with explanations too complex to include here. Megsk8z sums up her story: “Skates saved Meg’s life, they defined my return to normal, and gave me the will to participate in life again. So my chosen screen name does mean the world to me.” GreyHawk’s name “comes from a period in my life where a hawk constantly hung around me … Folks where I worked at the time always knew when I was coming or going because they’d see the hawk flying above the long winding drive to the building—it was literally following my car.”

I have to send a special shoutout of appreciation to fromberkeleytocville, whose username references an actual move from California to Virginia. She paid attention to all 1,293 comments and responded to dozens of people, helping ensure that everyone felt heard and appreciated.

In my review of the username discussion, I saw the Daily Kos Community eager to tell our stories and take detours together. Our ability to do this in 1,293 comments, without one single flash of bad temper, shows a solid Community foundation underpinning our progressive collaboration.

Try to remember that the next time an argument flares up.

The stories we rescued this week include three that relate to COVID-19, although each examines a different issue arising out of the pandemic, a look at a California bill on e-bike subsidies, and two deep dives: one on civics education in schools, and another on the importance of the Federal Reserve Chairperson. Two of our stories offer escapist reading: One explains a patent workaround for a historic tool, while the second reflects on the importance of kindness.

Community Spotlight’s Rescue Rangers read every story published by Community writers. When we discover awesome work that isn’t receiving the attention it deserves, we rescue it to our group blog and publish a weekly collection—like this one—each Saturday at 7:30 p.m Pacific time. We also look at an author’s Community participation to see if they comment on their own stories and comment on or recommend other stories. Because new members may not realize that a Community exists here, we don’t expect the same level of participation from new people that we seek in more experienced members. Our rescue priorities and actions were explained in a previous edition: Community Spotlight: Rescuing your excellent stories for over 14 years.

TXL takes note of peculiar and totally capitalistic pandemic consequences in Healthcare monopolists made bank and screwed consumers through the pandemic. “Healthcare utilization has been down for about a year now, but a bunch of rapacious monopolists/oligopolists have been ripping people off the whole time through a bunch of anti-consumer, hold-prices-sky-high crap. Case in point: Providers getting gobbled up by hospital systems, and driving costs up especially through the use of aggressive testing.” Even though consumers have used the healthcare system less during the pandemic, insurers have “been raking in a ton of cash” by raising service rates and premiums.” TXL, who joined in 2018, has written four stories. This is their first rescue.

Enoch Ro0t reports on a project to recreate a “very cool steampunkish” historic device in Another forgotten tool: Pike & Dean’s Patent No. 4 smooth plane, circa 1875. “I’m not about to spend anywhere close to $5,500.00 for an old tool, no matter how rare it is. So I’ve done the next best thing: I sat down at my laptop and modeled it using a free program called Blender.” The author details elements of the tool’s design because it represents one of the “ingenious ways manufacturers in the latter 1800s” worked around a common patent. Enoch Ro0t joined in 2015 and has written 43 stories, with 11 rescued.

Nickjlicata explores the decrepit state of civics education in America in Teach civics in schools or face more insurrections. The author notes that even the most basic knowledge about government, such as the number of branches, is declining. “Lacking knowledge not only makes our citizenry ineffective for making government accountable, but it leads to distrusting democracy altogether.” Civics as a school subject is about more than government function; it frames history and determines how we tell the story of our country to ourselves. Nickjlicata joined in 2019 and has written 58 stories. This is their first rescue.

In Study: E-Bikes are the best climate investment for California, greendem reports research findings on “the greenhouse gas (GHG) impacts of subsidies for electric bikes, battery-electric cars, and plug-in hybrid electric cars. It found that e-bike subsidies, like those in CalBike’s proposed $10M E-Bike Affordability Program, were the most cost-effective way to reduce GHG emissions.” The proposed program “provides purchase incentives targeted at low-income residents, putting zero-emissions transportation within reach for many more Californians. Plus, e-bikes plug into a regular wall outlet and cost about $0.01 per mile to operate, so no need for charging stations.” Greendem joined in 2004 and has written 324 stories.

Witgren’s COVID-19 vaccine news: Do you know how many vaccines are in development? offers a thorough rundown of six of the 251 COVID-19 vaccines in various stages of development worldwide, including their effectiveness against variants, distribution issues, and mandatory vaccination requirements. Novavax “uses specially prepared moth cells to create the spike protein of the SARS-COV-2 virus.” Vaxart is “a freakin’ PILL! An honest-to-Jupiter, room-temperature stable pill that can be taken orally! This could be a huge game changer if this vaccine pans out.” Yet another vaccine is a nasal spray. Witgren joined in 2011 and has written 312 stories.

SisTwo reflects objectively and subjectively on the importance  and benefits of kindness in We are how we treat each other. “Being kind reduces stress, lowers your blood pressure, strengthens your immune system, and can give you a rush of endorphins … This type of behavior could enhance a leader’s standing on the world stage. To be viewed as a person of integrity and regard for those around you encourages others to work with you and to value your opinion.” SisTwo joined in 2005 and has written 376 stories.

GShaw delineates an issue arising from the myriad crises and challenges of COVID-19 that has not yet been widely discussed—the impact on grade-based college financial aid—in The next COVID-19 crisis: College affordability. During remote learning, many high schoolers’ grades have been affected. Although colleges claim they will be understanding about such grade disruptions when it comes to admissions, policies for receiving financial aid haven’t been adjusted. GShaw explains why disadvantaged students will be hurt more. “The racial element of all of this is explosive. Who went back in-person this year? White kids in conservative, often rural, districts.  People of color, not so much.” GShaw joined in 2014 and has written 80 stories. This is their first rescue.

Thomas C promises upfront that the story is non-wonky, although The Fed chair is in play, and progressives need to get involved is richly detailed. Usually,“the left rarely makes much noise about Federal Reserve appointments.” If Biden can’t get his fiscal measures through Congress, however, “the person in the Chair at the Fed becomes enormously consequential, for one simple reason: Having torpedoed Biden’s sensible fiscal policy, Republicans will next take aim at monetary policy, and someone at the Fed, preferably the Chair, will have to stand up and call ‘bullshit’ when the monetary policy equivalents of the Proud Boys figuratively storm the Fed, screaming ‘inflation is killing us!’” The author supports this view robustly, using economic reports and historic positions of the Federal Reserve and Republican legislators. Thomas C joined in 2004 and has written 38 stories.