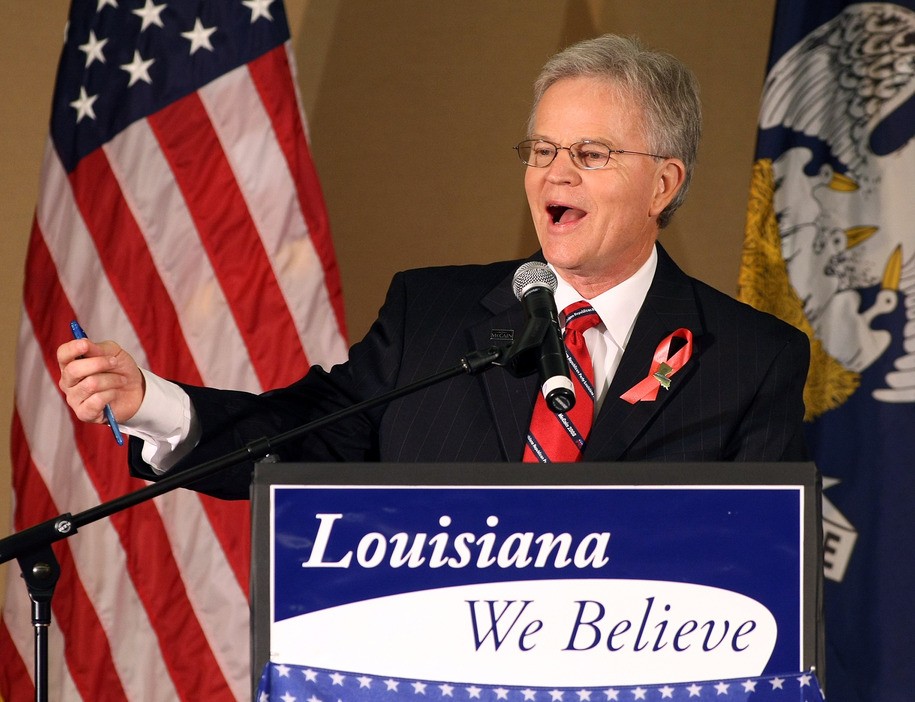 Former Louisiana Gov. Buddy Roemer, a conservative Democrat who joined the Republican Party months before he lost re-election in the infamous 1991 “Race from Hell,” died Monday at the age of 77. Roemer’s third-place showing in that year’s all-party primary led to a general election duel between the ultimately victorious Democrat Edwin Edwards, whom Roemer had unseated in 1987, and former Ku Klux Klan leader David Duke.

Roemer, born Charles Elson Roemer III, was the son and namesake of Charlie Roemer, who served as Edwards’ campaign manager in 1971 and later as a senior official in his administration. The younger Roemer got his start in politics as a delegate to the 1973 state constitutional convention, and he later took a very close third place in the 1978 all-party primary for Louisiana’s 4th Congressional District in the Shreveport area. Roemer came back two years later and defeated Democratic Rep. Buddy Leach, who had recently been acquitted for his part in an alleged vote-buying scandal, 64-36.

Roemer was a leader in the “Boll Weevils,” a caucus of conservative Democrats who often voted with the Reagan administration, but he still was personally close to Speaker Tip O’Neill. O’Neill, though, dubbed his late-night gin-playing pal as someone who was “often wrong but never in doubt,” a line that stuck. During Roemer’s time in Congress his father was convicted for racketeering (the verdict would later be overturned), but none of that stopped the congressman from winning re-election without any opposition.

Roemer decided to run for governor as a reformer in 1987 against Edwards, who was seeking what would have been his fourth overall term, but he hardly looked like a serious player in the crowded race. The once-popular Edwards was extremely vulnerable in the aftermath of the 1980s oil price crash and his long corruption trial (the governor was ultimately acquitted), and the all-party primary to take him on attracted several politicians who were far better known than Roemer.

Jim Duffy, who was Roemer’s ad man during that contest, recently recounted to “Pro Politics with Zac McCrary” that his client was “always in sixth place,” and that initial versions of the congressman’s ads angrily railing against the status quo scared focus groups “to death.” Roemer did better, though, when the campaign expressed his reform message in a much cooler manner. The resulting product was a famous commercial where Roemer calmly told the audience, “I notice my opponents don’t make many people angry … I love Louisiana enough to make some people angry.”

The ad campaign, as well as several high-profile newspaper endorsements, helped what the congressman dubbed the “Roemer Revolution” gain traction, but his big moment would occur in a debate ahead of the election. The crowded field was asked if they’d endorse Edwards in a runoff if they didn’t make it to a second round, and each contender struggled to come up with a strong answer. Roemer, though, famously responded, “No, we’ve got to slay the dragon. I would endorse anyone but Edwards.”

Roemer ended up leading Edwards 33-28, with Republican Rep. Bob Livingston a distant third with 18%. The incumbent governor then shocked his supporters when he announced that he was conceding rather than proceeding onto a runoff, a move that automatically made Roemer the governor-elect. As political journalist John Maginnis would write in his book “Cross to Bear,” though, that development likely did Roemer far more harm than good as it kept him from putting together the electoral coalition he’d need to successfully govern.

Roemer did pass a teacher pay raise and legalize riverboat gambling, but he struggled to implement more of his reform agenda though the legislature. But it was the state’s voters that dealt the “Roemer Revolution” its biggest defeat when they rejected his 1989 tax restructure plan. He also struggled after his wife left him and took their young son with her, which The Advocate’s Tyler Bridges writes sent him “into a shell for weeks.” Additionally, the governor was widely mocked when word got out about a staff retreat where his subordinates were urged to a snap rubber band around their wrist whenever they got a negative thought and say, “cancel, cancel.”

Roemer stunned the state in March of 1991 when, at a White House event with President George H.W. Bush, he announced that he was leaving the Democratic Party to become a Republican―the first party switch by a sitting governor in U.S. history. Roemer was anticipating a difficult re-election campaign that year against Edwards and Republican state Rep. David Duke, the former KKK leader who had done unexpectedly well in a U.S. Senate race the previous year, and he hoped his defection would help him shore up his right flank enough to win a second term.

It didn’t work. He still had a terrible relationship with local GOP leaders, whom he’d infuriated after he vetoed anti-abortion bills he argued were too harsh, and they endorsed Rep. Clyde Holloway over their new recruit. Edwards ended up taking first while Duke edged Roemer out 32-27 for the second spot in a runoff. Roemer soon declared he was supporting his old foe Edwards in a contest Maginnis had already dubbed “the Race from Hell,” and the Democrat went on to decisively win.

Roemer tried to regain the post in 1995 when Edwards didn’t run again, but Louisiana GOP leaders were still far from supportive. State Sen. Mike Foster, who had joined the Republicans during the campaign, ended up consolidating party support and taking first place, while Roemer finished fourth just behind two Democrats. Roemer went on to run for president in 2012 as a supporter of campaign finance reform, an effort that got him multiple appearances on The Colbert Report but predictably attracted few votes, before he briefly tried a third-party bid.