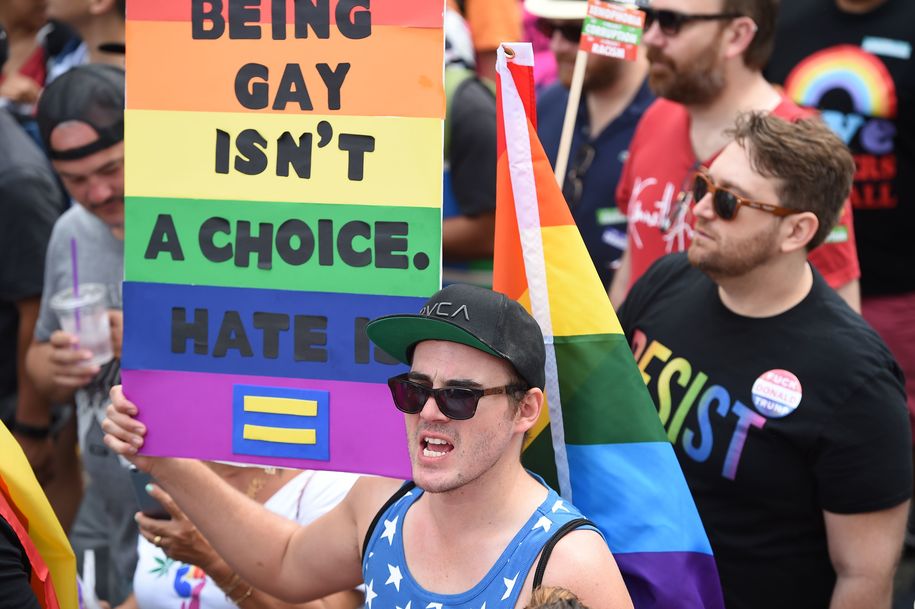 A university in Pennsylvania announced an investigation into a “horrific” incident in which LGBTQ students were harassed after at least 15 to 20 male students tried to storm into the Tower House, a Fran’s House affinity house for the LGBTQ community at Bucknell University, university officials said. Students were left traumatized with their “sense of place and security” threatened and little to no support from public safety officials. “Further, it is equally clear that Bucknell Public Safety’s response to the incident was lacking in myriad ways,” the university said.

The Fran House provides gender-neutral housing to students on campus. The Tower House being used once housed Tau Kappa Epsilon, a fraternity that was banned from the university two years ago. Members of the fraternity allegedly harassed the students claiming it was their home Thursday night. The mob of men urinated on the front porch, swung a metal bar at a flagpole displaying the pride flag and banged on doors and windows yelling “This isn’t your home!,” “This is our home!” resident adviser Tyler Luong said in a letter to the president of the university.

Students from the Fran’s House affinity house group moved into the fraternity’s previous home after investigations uncovered hazing and other violations, The Washington Post reported. According to Luong’s letter, students were studying when the men first arrived demanding to be let into the home.

“I saw one of my residents holding down the window, while a bunch of silhouettes stood menacingly on the other side. Can you possibly imagine seeing the fear that was in the eyes of my residents?” Luong wrote. He noted that despite being called public safety officers “waited too long” to arrive and when they did arrive they laughed at the situation reminiscing of their college days. Students were not asked if they were okay. “Is it within the policy for Public Safety to completely ignore the ones who reported the crime?” Luong asked in his letter. The letter was first shared with the Daily Item newspaper.

University officials condemned the incident describing it as “horrific.” “We are gravely concerned about these potential violations of the Student Code of Conduct. In response, the University has retained an outside firm to conduct an immediate investigation of these actions and submit a full report to Bucknell administration as soon as possible,” Bucknell University said in a statement Friday. “Based on the findings of this external review, appropriate consequences for the students’ behavior will be swiftly determined and implemented.”

While the statement noted an investigation will take place it did not mention the names of the victims or aggressors. The university added that this behavior is unacceptable and conversations would be held with the Fran House’s affinity group on their future housing needs. “We cannot erase the ugliness and subsequent trauma of last night’s transgression against the students of Fran’s House and, implicitly, many others,” the statement read. “But we can commit to addressing it in a way that protects LGBTQ Bucknellians and better ensures their safety in the future.”

Despite the trauma they are facing, Fran’s House residents shared a letter to the Bucknell community, thanking them for their support. “Never again,” the letter said, “should someone feel entitled to come to our home and say it’s ‘their house and not ours.’”

Across the country LGBTQ students face consistent discrimination and threats. Recently, the Department of Justice launched an investigation into an incident that took place in South Dakota during which pro-Trump students staged a “coordinated attack” on an LGBTQ organization during Homecoming Week. The school allegedly did nothing to stop it.