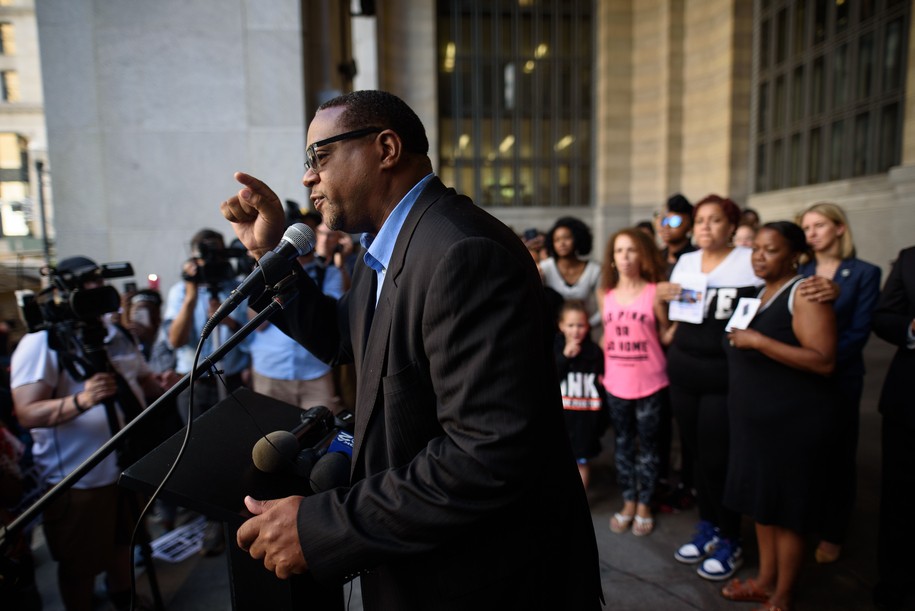 In a big upset, Pennsylvania state Rep. Ed Gainey defeated incumbent Bill Peduto 46-39 in Tuesday’s Democratic primary, a result that makes Peduto the first Pittsburgh mayor to lose re-election since before World War II. Gainey, who would be the Steel City’s first Black leader, will be the overwhelming favorite in the fall general election in this 78-21 Biden city, especially since Republicans aren’t even fielding a candidate.

Gainey backed Peduto during his successful 2013 and 2017 campaigns, but he argued that the incumbent had failed to address the city’s economic, racial, and housing disparities during his tenure. Gainey, who campaigned as a progressive, also declared that the relationship between the local police and the city’s denizens, especially residents of color, was “in need of urgent repair.”

Peduto, as the Philadelphia Inquirer’s Andrew Seidman notes, was hardly a moderate, though. The mayor was an early opponent of fracking, and he came out in opposition to building new local petrochemical plants in 2019. Peduto also focused on the vast gaps between white and Black Pittsburgh residents, but unlike his opponent, he argued that the city had made needed changes since he took control of what was a “broken city” eight years ago.

Peduto also called to “re-imagine policing,” but plenty of activists were skeptical of his willingness to follow through. Protesters spent several days in August gathered outside the mayor’s home after local officers arrested a Black Lives Matter demonstrator and placed him in an unmarked van; Peduto had initially responded to the arrest by tweeting that constitutional rights “have restrictions,” though he later said he was “livid” after watching the footage. Peduto also said later that year that crime was decreasing “because our police budget has been increasing.”

Peduto had the backing of most prominent local politicians and a number of unions, as well as a big fundraising edge over Gainey. The challenger, though, had the support of the influential SEIU Healthcare union and the activist group One Pennsylvania, along with a well-funded super PAC.

Peduto may also have been hurt by the presence in the race of Tony Moreno, a retired police officer who took third with 13%. Moreno, who was a vocal Trump supporter as recently as 2019, called for the police to do more in the city, a pitch that was unlikely to win over many Gainey-inclined voters but could have cost Peduto some much-needed support.

Pittsburgh progressives also had a good night further down the ballot. As The Appeal’s Daniel Nichanian notes, voters backed referendums banning no-knock warrants and solitary confinement, and they also elected a slate of criminal justice reformers in local judicial races.