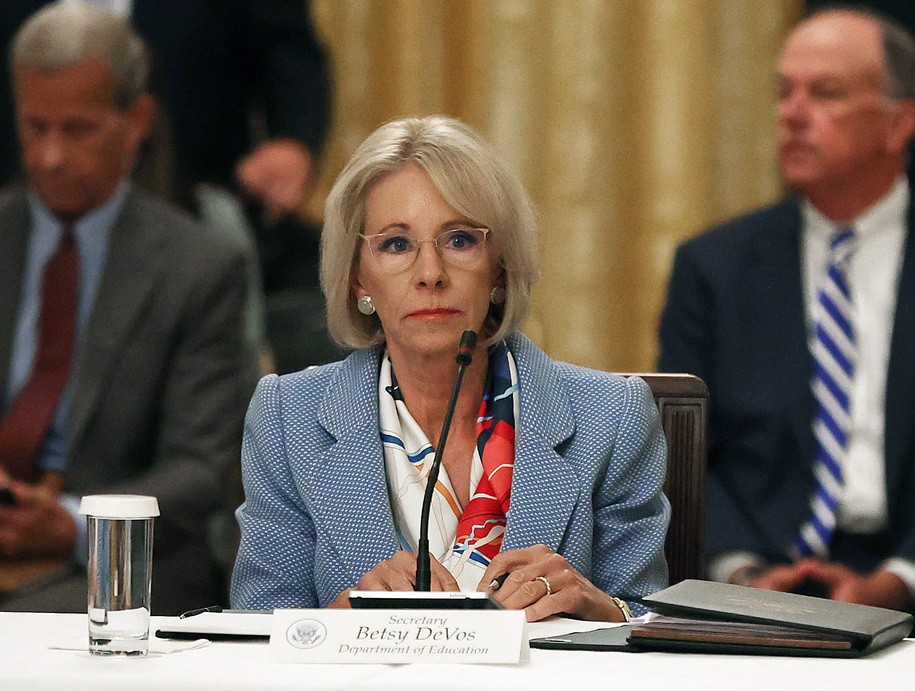 Former Education Secretary Betsy DeVos has been ordered to sit for a three-hour deposition for lawyers handling a class-action lawsuit. The lawsuit, brought on behalf of around 160,000 student loan borrowers, came from the students defrauded by numerous for-profit colleges across the country. These were organizations like Trump University, where Trump settled a civil lawsuit for $25 million in November 2016. DeVos oversaw the 18-month delay and then rejection of student borrowers’ claims while she ran the Department of Education.

Judge William Alsup ruled that while it is very rare for a former Cabinet secretary to be deposed, “exceptional circumstances” in DeVos’ case—and the super shoddy and sketchy gaps in information—meant that she needed to be deposed. The judge agreed with the class-action lawsuit’s attorneys that DeVos had intimate involvement in the decision-making process surrounding these loans, and since there was “sparse” documentation left over from the previous administration, DeVos’ deposition was required.

This is an important decision because the previous administration, whether through incompetence or nefariousness, seems to have kept very weak records of their processes of running government. That’s unacceptable. In fact, that tends to be the reason that former Cabinet secretaries usually don’t get ordered into three-hour depositions—they usually can argue that the information they would be able to provide is documented and available.

In February, Biden’s Department of Justice filed a defense of DeVos from deposition, citing of all things “harassment” and called the motion “part of a PR campaign that has been central to [the students’] litigation strategy from the outset. It should be rejected and the court should quash the subpoena.” The Department of Justice also put forth the argument that former Cabinet secretaries are generally immune from having to answer questions under oath about their official government work. Alsup did not agree with that assessment.

But Alsup maintained that Cabinet secretaries are still subject to the law. He cited a range of historical precedents for top executive branch officials being forced to respond to subpoenas, including President Richard Nixon having to turn over White House tapes as part of the Watergate scandal and President Bill Clinton having to sit for a deposition in the Paula Jones sexual harassment lawsuit that ultimately led to his impeachment.

Alsup was overseeing that issue at the time and was justifiably furious with DeVos’ actions and explanation. For months, DeVos and her Department of Education said they were stuck in a backlog, lamenting how hard the work was and how much work they were putting into it all. Then, seemingly with very little explanation according to Alsup at the time, DeVos “charged out of the gate, issuing perfunctory denial notices utterly devoid of meaningful explanation at a blistering pace.”

This led to Alsup squashing the deal between Trump’s Department of Education and the student borrower claimants, and letting their class-action lawsuit go forward. And now here we are. DeVos, like everyone in the Republican swamp, did it to herself.

Judge Alsup left a two week frame within which DeVos’s team can appeal the decision.