Biden pledges big increase in funding, staffing to restore the IRS and crack down on rich tax cheats 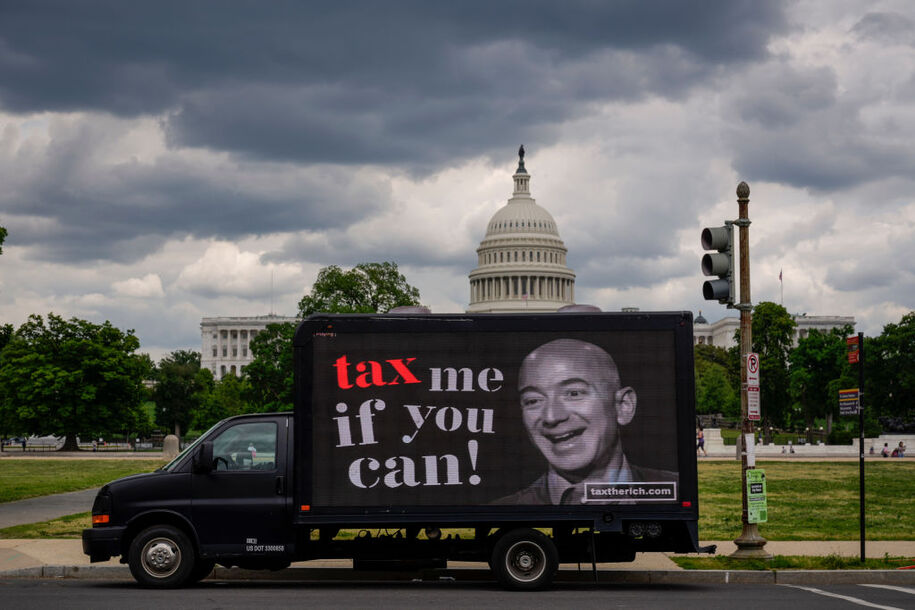 In what is a ridiculously long overdue proposal, President Joe Biden is advocating doubling the size of the IRS, adding tens of thousands of new workers over the next decade in order to help achieve another of his goals: upping enforcement and getting tax scofflaws to pay up. That would come with an increase in funding to the IRS by $80 billion, and the return on that could be more than $700 billion in revenue in the next decade.

This funding is included in Biden’s American Families Plan, the $1.8 trillion companion bill to the American Jobs Plan, his infrastructure proposal, and the Treasury Department is selling it hard to coincide with this week’s Tax Day.

The IRS going to need that money given that over the next six years, 52,000 IRS employees are expected to retire or leave—and the agency currently employs about 87,000 people. The National Treasury Employees Union is applauding that idea.

President Tony Reardon said the union will lobby Congress for that new funding, “giving the civil servants who work there the tools they need to do the job. […] Treasury’s plan is a full 180-degree turn away from 10 years of budget cuts that slashed the IRS workforce and starved the agency of the resources it needs to function as intended,” Reardon said.

Decades of budget cuts have left the agency with ancient computer systems and far too few staff members. The House Budget Committee acknowledged these problems with the IRS in a report last fall. “The Internal Revenue Service (IRS) has faced harsh budget cuts over the last decade, hindering its ability to serve the American people in fundamental ways,” the committee said. “Even before the pandemic, the underfunded IRS struggled to carry out its core functions of tax collection and enforcement.”

That means a lot of tax cheats—the big ones who could owe hundreds of thousands or even millions—have been getting away with it. “According to a recent report by the Treasury Inspector General for Tax Administration (TIGTA), due to a lack of resources, the IRS failed to audit more than 897,000 wealthy individuals who skipped out on filing tax returns over a three‑year period—and these individuals owed nearly $46 billion in taxes,” the committee reported. This comes after decades of Republicans vilifying, attacking, and starving the agency.

Treasury Secretary Janet Yellen outlined the plan the IRS has for the $700+ billion in new revenue with the potential budget increase. She said that the IRS is going to be including the crypto market in the new enforcement measures, as well as going after high-income individuals and corporations. New reporting rules would require that banks and other financial institutions provide information that would help the IRS detect unreported income. Those new reporting rules would also apply to cryptocurrencies, crypto asset exchanges and custodians and crypto payment services.

“Despite constituting a relatively small portion of business income today, cryptocurrency transactions are likely to rise in importance in the next decade, especially in the presence of a broad-based financial account reporting regime,” the Treasury Department said in a report issued this week. “The president’s compliance proposals are designed to ameliorate existing inequities by focusing on high-end evasion,” the report says. “These unpaid taxes come at a cost to American households and compliant taxpayers as policymakers choose rising deficits, lower spending on necessary priorities, or further tax increases to compensate for the lost revenue.”

Last June, the IRS issued a data book for fiscal year 2019 detailing its processes over the past decade. In the 2010 fiscal year, the IRS reports, it employed 13,879 revenue agents and received about 230 million returns. But in 2019, the agency received 253 million returns, an almost 10% increase, but had just 8,526 revenue agents to examine them. The returns that are increasingly being examined are the low-hanging fruit, the easy ones for overworked agents to review. Over the past decade, the audit rates for people earning more than $1 million has fallen by 81% while audits for regular working people, especially the working poor, haven’t substantially fallen. It means that the IRS is foregoing billions of dollars in revenue for the nation’s treasury.

Amara Enyia is a public policy consultant and the policy and research coordinator for The Movement for Black Lives, a national coalition of 300 organizations doing racial justice work across the country. She writes at the Grio that the problem isn’t just that low- and middle-income people have borne the brunt of audits. It’s that the tax code itself is fundamentally inequitable. “The tax code favors wealth—things like investments, homes, and other assets accumulated over the course of one’s life,” Enyia writes.

“Systemic racism and discrimination actively prevented Black people and other people of color from obtaining things like home loans and business loans, or benefitting from programs like the GI Bill that helped white people obtain homes, businesses and land—all crucial for building wealth.” A white taxpayer who made the same income as a Black taxpayer would be much likelier to benefit from the tax code because they would be far more likely to have protected inheritance, a tax-preferred retirement plan, and the mortgage deduction benefits from owning their own home, as well as having a massively higher value placed on that home.

This is the other part of the tax system needing an overhaul. An IRS refocused on the people who can definitely afford to be paying their taxes instead of the people it’s easier to squeeze is a good start, as is a finally properly funded IRS to do the work. Also high on the list? A new IRS commissioner—one who isn’t a Trump holdover and isn’t in a position to sabotage Biden’s efforts.