For my autistic graduate of 2021 and other disabled people, respect is due 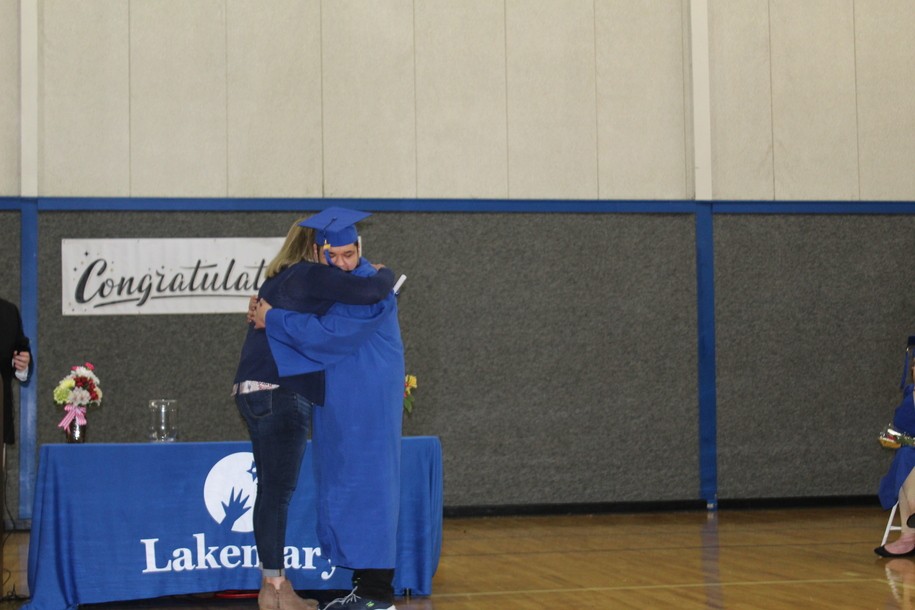 When my son Augustus was born on Aug. 3, 1999, we chose his name in part because of the month, and in part because we had finished reading a book about Caesar Augustus, Pax Romana, and the stability that came from chaos for 200 years. Two years and a month after his birth, 9/11 hit the nation. Shortly thereafter, the extent of Augustus’ mental disability became more clear to us. As a 2-year-old, his walking was not well-balanced, his focus was poor, and he barely spoke.

I talk frequently about disability and have written here on Daily Kos—about the ways the fight for those with disabilities has impacted my life. Watching my son complete a task many would think was impossible for him left me in tears of joy. Listening to the current administration talk about ways to improve the lives of those with disabilities, I heard the words that screamed, “pro-life.” Pro-life, as in actually putting value in those with disabilities. Not with fake bills demanding that they be carried to term, but with actual support after they’re born, when they need the love and care of others.

Disabilities are the one thing that will impact all of us. No matter who you are, at one point in your life, whether it is late in life or early, permanent or temporary, you will face a disability. There are stigmas about disabilities, stigmas about how we think about the future that someone with a disability will have, both for themselves and their community.

Nothing has ever made me feel more joy than watching the accomplishments and smiles of my son.

My son is autistic, inquisitive, bright, and funny. He is all of those things, and he’s as important in my life as anyone I know. I’m not going to hide his disability. I don’t think his disability is something that makes anything about him “less.” It’s who he is, and he’s allowed to define himself however the hell he wants. During his graduation, he and other students defined themselves as graduates.

Too often, we ignore what disability is. We just say, “Well, see the person not the disability,” but doing this allows people to put such a negative connotation on the person with the disability. The fact that they are disabled is a negative, something that means that my son isn’t “okay,” or that he doesn’t have as much worth as someone without a disability. Why? Why is that the case?

I don’t know the ailments and status of all the people around me, and I don’t ask. I don’t randomly walk up to people and say: “Hey, can you tell me your IQ? Did you have an IEP?” I have had people come up to us in a store, however, and ask exactly those questions. Because my son is largely seen asian in his looks, I still remember being approached at a grocery store 15 years ago with this question: “Is your son mongoloid?” I dread even typing that it makes me so sick to my stomach. I wanted to punch that person, a total stranger. I just walked away instead.

Over the last two years, I have dealt with my own issues of disability—some temporary, some permanent. In my case, my own disability has defined me and I can’t remove it from who I am. Doing so would deny what makes me who I am.

I am a person with a fairly severe TBI. It will always be with me. I can’t change it or alter it. I don’t deny it; I accept it. There are times I hate it. I’m currently writing a hopefully funny book about TBI, because the books I read about TBI don’t represent, at least to me, what my experience has been. At times, the problems with TBI have overwhelmed me. There are memories and relationships in my past where my disability and their disability may have prevented us from understanding each other.

Watching my son cross the graduation stage, I was reminded that both of my sons graduated without their mother in attendance. My youngest had his mother pass away within days of graduation, my oldest two years later.

At first, the realization of that made me hate my disability and made me despise what it was like to be disabled. In accepting my disability, I have to say that pain is something we all experience and is necessary in life, and suffering is a choice, and I don’t have to choose to suffer. I can feel the pain without suffering. That is a human response that happens to everyone, not just those with a disability. Understanding my own disabilities better has always made me a better advocate for my children. I fought for every IEP, every opportunity. Some of those decisions were very difficult, and I did not always make friends. Why did I have such a struggle with accepting my disability? Because I understood that acknowledging it made me think instantly of how many would treat me as “less than” and that I, personally, did not want to believe I was disabled.

Support for disabilities matters. It’s meaningful. It treats the disability and respects it. As my girlfriend took photos of my son, I know that just because of a disability, no one is loved less or respected less. She never says, “Augustus suffers from autism,” or, “Augustus suffers from bipolar disorder.” She has never said to me, “Christopher suffers the results of TBI.” Just think for a second how absolutely ridiculous that would be for anyone else. Would you ever in your life say: “A woman suffers from brown hair,” or “He suffers from blue eyes.” “They suffer from bushy eyebrows.” You would never do it. Never. Why assume that someone is suffering without even talking to them? If you just acknowledge the disability, you don’t make those conclusions. “Augustus has autism.” No judgments. Just the facts. It isn’t that hard.

My son can look at anyone in the eye now and say: “I am a graduate.” His coursework was the same as most high school students, and his grades were good. It took him longer than others. He can care for himself. He has a long future ahead with people who will love and encourage him.

Ableism is difficult. Our society still enjoys thinking that defining people without saying they are disabled is the right thing, or that it respects them.

As the students graduated, a speaker stood in front of us and laughed with the parents: “How many of you are ready to be done with IEPs, and thought you couldn’t do it anymore?” We raised our hands.

My children are both grown and are finding their new places in the world. I am damn proud of both of them. Yesterday, I asked for, received, and had our first interview as a foster home, asking to care for children like my son—disabled children who slip through the system. I know what it’s like to be their advocate. As we looked through the paperwork, we knew that this would be another part of our journey.