Ford’s new electric truck is a good thing. But the idea it’s going to crush Tesla is delusional 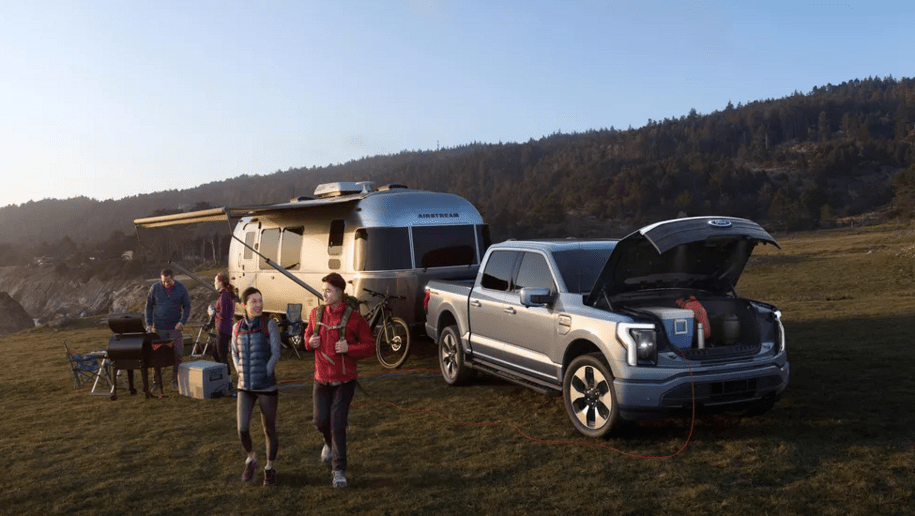 Last week, Ford Motor Co. debuted its Ford Lightning, an F-150 pickup truck that is all-electric. Many people went bananas. Now, they said, we’ll really see EVs take-off because we’ve got an automobile manufacturer that knows how to build a truck that looks like a truck, not that goofy futuristic Tesla Cybertruck.

Before I go farther, this is not about Elon Musk, certainly no paean to him. Heaven knows he’s deeply controversial, and holds to many views I find abhorrent, including but not limited to anti-unionism, COVID denial, and a brand of devil-take-the-hindmost libertarianism. This is about what Tesla engineers are putting on the road. How much credit Musk personally deserves or doesn’t for his company kickstarting EVs while the legacy carmakers still actively opposed them depends on your point of view. But much of the kind of talk I have seen or read in the wake of Ford’s announcement has been ridiculously anti-Tesla and pro Ford, even going so far as to say the F-150e will kill Tesla because the CyberTruck is—to recount a common description seen in the post-Lightning announcement—a “joke.”

Plus there’s a lot of the usual talk about the “Tesla cult.”

In fact, a goodly portion of F-150 lovers are just as cultish as the most avid Tesla fanatic. Listening to all the thank-god-the-F150-actually-looks-like-a-truck talk is akin to listening to people around 1925 saying of a newer car design oh-how-terrible-it-doesn’t-look-like-a-buggy.

Personally, I don’t care what people drive or what it looks like, as long as it doesn’t emit greenhouse gases and other pollution. And as long as we move quickly to ensure that the batteries of all these EVs get recharged with renewable energy. Ford, Tesla, VW, Geely, Volvo. Makes no difference to me.  Different strokes for different folks, I say, as long as no pistons are included. Government policies that spur the EV revolution should accommodate those different strokes.

My own car is a 2008 Prius with 77,000 miles, and it still runs great and was barely adding many miles each year even before the pandemic. At my age, I won’t ever be buying another car. And, for the record, I don’t own any stock in any EV or other car company. Nevertheless, I hope these companies quickly inundate the vehicle market with electrics because we must shut off the hydrocarbon spigot as quickly as possible. Which means simultaneously accelerating the nation’s switch away from fossil fuels with the briskness that those EV companies tout for their car’s 0-60mph stats. The climate crisis demands nothing less. (Which, of course, is not to say that EVs and a fully renewable grid are the whole answer to that crisis.)

Since they’ve finally ended their years of resistance, we should applaud Ford’s and GM’s move toward building nothing except EVs in the near future. But the avalanche of people who seem to think those companies are going to eat Tesla’s lunch are wagering that it—the only American- or European-based carmaker on a trajectory to sell one million EVs THIS year—is going to fold now that the Big Boys have arrived. The supposed wisdom is that Tesla will be crushed because the foot-dragging legacy automakers are getting revved up about something they didn’t even want to do in the first place but have no choice now if they are going to survive. Frankly, it’s this view of dominance, not the CyberTruck, that is the joke.

By this time in 2023, two years from now, Ford MAYBE will have made 200,000 electric Mustangs and F-150s combined (and I’m being generous). In those same two years Tesla will have made perhaps 2.5 million or—given how its factories are going up—3 million of its various models, averaging 1.5 million annually over TWO years. How long do you suppose it will be before Ford  is making even one million EVs annually? Likewise GM? Ford won’t be making its own batteries until 2025. That will  constrain production because outside battery makers are already running at maximum production.

I’m far from agreeing with what some Tesla fans are sneering, that Ford will go bankrupt. But with their late start, both Ford and GM have got a ton of catching up to do not only with Tesla but also with Chinese EV makers. Otherwise they will come up in conversation 30 years from now as rarely as Studebaker does today.