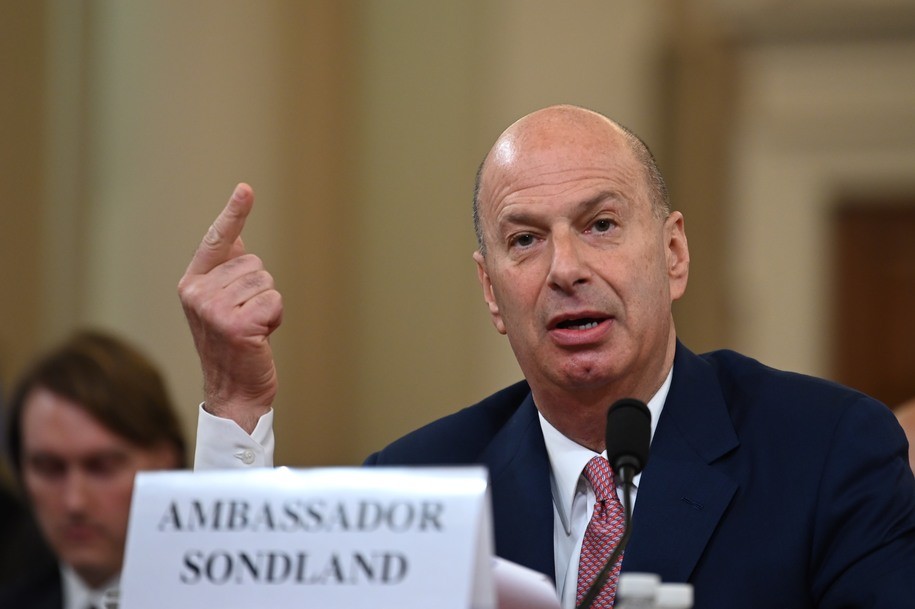 Remember when it was conclusively proven that Donald Trump did a crime? No, not that one, the other one. No, between those two. We’re talking about the confirmation, by multiple witnesses called before the House to testify on presidential acts, that Donald Trump slow-walked both military and diplomatic aid to Ukraine, which was fighting off a Russia-backed insurrection after Russian troops invaded and proclaimed ownership of Crimea, because Donald Trump was demanding the Ukrainian government do him specific favors to aid his upcoming campaign.

In a move eerily similar to the Trump campaign’s 2016 dalliances with Russian espionage and propaganda campaigns, this time it was Rudy Giuliani, not Paul Manafort, who acted as courier looking to boost the effectiveness of Russian disinformation campaigns looking to damage Trump’s most-feared Democratic election opponent. Pro-Russian Ukrainians laundered anti-Biden materials through Giuliani, who broadcast even the weirdest and most ridiculous ones (Secret servers! Russia was unfairly blamed for 2016 election hacking when actually it was Democrats hacking themselves the whole time!) into Donald Trump’s own incomprehensibly hollow head; Donald Trump then insisted that Ukrainian government officials announce that they were investigating these very stupid claims, lending them official credence, in exchange for Trump (1) meeting with the Ukrainian president as show of support for the nation’s battle against Russian occupation and (2) agreeing to release his hold on congressionally mandated military aid that Trump and his top officials had no legal authority to block in the first place.

During House impeachment investigations, Trump ally, donor, and ambassador to the European Union Gordon Sondland testified through only a little flopsweat that yes, there was a “quid pro quo” demand from the White House that the Ukrainian government promote the Trump-backed anti-Biden hoax before Trump would agree to meet with the Ukrainian president—a clear abuse of governmental powers to gain something of value to Trump personally. Sondland was one of the few pro-Trump witnesses to even agree to appear before Congress; other key witnesses to the events, including William Barr and Secretary of State Mike Pompeo, refused to testify or to produce subpoenaed documents.

Trump and his allies faced no repercussions, however. Senate Republicans near-unanimously refused to hear testimony or evidence in the resulting impeachment trial, because they are corrupt. Only days after those Republicans dismissed the impeachment trial against Trump, Trump fired Sondland and other witnesses who testified to his actions, beginning a large-scale purge of any government officials deemed to be unwilling to cover up future Trump corruption. It was a fascist act from a fascist administration backed, then and now, by a fascist party.

Trump once-ally Gordon Sondland is now suing both the U.S. government and Mike Pompeo. His claim? That Pompeo assured him that the U.S. State Department would cover the legal expenses he incurred in preparing for his congressional testimony, back when Pompeo (himself hiding from Congress) and other Trump allies still believed Sondland would refuse to acknowledge Trump’s extortive would-be deal. When he came back from testifying, however, Pompeo demanded his immediate resignation, Trump fired him after he refused to give it, and Pompeo’s State Department stiffed him, leaving him with $1.8 million in legal bills.

Or, in other words, the same thing happened to him that has happened to everyone else who ever tried to attach themselves to Trump. Who would have thunk it.

Pompeo, for his part, is scoffing at the lawsuit. Democrats have for some reason declined to enforce Pompeo’s testimony now that Pompeo no longer has the whole of Trump’s government stonewalling that testimony on his behalf, and Pompeo is currently preparing to jet off to Israel to attend a party honoring an Israeli intelligence official and, presumably, commit another crime or two while he has the chance. He remains of the belief that he is still a force to be reckoned with in Republican politics, despite being made to look like a chump throughout Trump’s incompetent reign and despite newer-generation fascist blowhards like Ron DeSantis running circles around him when it comes to kissing Trump’s ass and getting Americans pointlessly killed.

Will Sondland get his money back? Who knows. Not from Pompeo, that’s for sure. We’ll see whether the new Biden administration decides that a Pompeo promise ought to be honored even when Pompeo himself never intended to do so, or whether maybe all involved believe that if you staked nearly $2 million on a promise from Trump’s crooked inner circle than maybe that’s your problem and not ours.