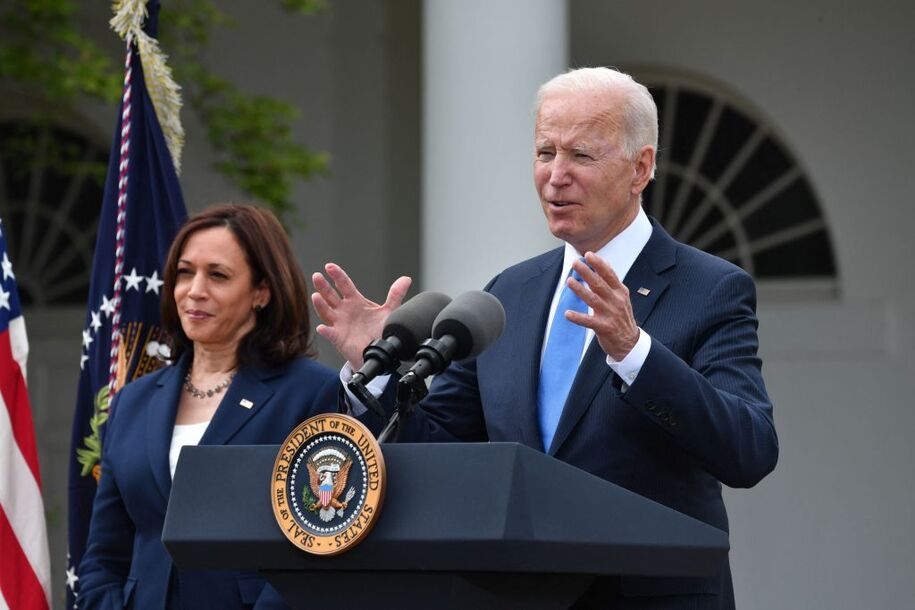 Fifteen months of a global pandemic (and the resulting lockdowns) have created a second public health pandemic: domestic violence. The American Journal of Emergency Medicine along with the United Nations group U.N. Women report horrifying increases in reported incidents of domestic violence—300% in Hubei, China; 25% in Argentina, 30% in Cyprus, 33% in Singapore, and 50% in Brazil. The U.S. is included, with the American Journal of Emergency Medicine reporting increases of 18% in San Antonio, 22% in Portland, Oregon, and 10% in New York City.

The Biden administration announced Monday that it is responding. It has begun distributing $200 million in aid to communities to counter domestic abuse, including funds to help survivors with counseling and health care, for emergency and transitional housing, and other resources. Part of the funds are carved out for remote and isolated Alaska communities, to ensure that children in particular who witness violence get the mental health services they need.

“Gender-based violence and the risk factors that contribute to it, like unemployment and isolation, have risen during the pandemic,” said Rosie Hidalgo, a senior adviser at the White House Gender Policy Council, in a statement announcing the funding. It will fund 296 grants to states, territories, tribes, state domestic violence coalitions, national resource centers, and hotlines.

In one 10-day period last year, there were five domestic violence-related murders in Alaska’s remote western villages. “All were in communities with no local domestic violence shelter and where pandemic travel restrictions have limited access to services,” according to the Anchorage Daily News. Those communities have a combined population of fewer than 1,800 people. The state as a whole saw a 52% increase in calls to domestic violence shelters in the first five weeks after the state declared a public health disaster on March 11, 2020. At the same time, shelters had to cut capacity by nearly 60% for social distancing.

Nationally, an analysis from the National Commission on Covid-19 and Criminal Justice estimated that domestic violence incidents rose by 8.1% during the lockdowns. That was based on a review of studies in the U.S. and internationally. But Alex Piquero, chair of the University of Miami’s Department of Sociology and lead author of the analysis, told CNN that while the result was “striking,” it wasn’t reflective of the scope of the problem. “In my mind, I think that 8% is a floor and not a ceiling,” Piquero said. “I think the problem is actually worse than we actually know right now.”

As with everything else in this pandemic, people of color were more seriously affected than white people. “While one in three white women report having experienced domestic violence [during the pandemic], the rates of abuse increased dramatically to about 50% and higher for those marginalized by race, ethnicity, sexual orientation, gender identity, citizenship status, and cognitive physical ability,” Erika Sussman, executive director of the Center for Survivor Advocacy and Justice (CSAJ), a support and research organization, told Time.

One city in America, Baltimore, has seen about a 30% increase in cases. Valerie Weird, a forensic nurse and domestic violence program coordinator at the Greater Baltimore Medical Center, said that “she and her colleagues have seen more injuries from strangulation and assaults. Patients have suffered brain bleeds and broken orbital bones around the eye, and they have increasingly told her they’ve been threatened with a weapon.”

“The pandemic really highlighted and exacerbated the issues survivors have dealt with a long time,” Janice Miller, director of Survivor Engagement and Stability Services at the House of Ruth Maryland, told the Baltimore Sun. She described how survivors were trapped by both the lockdowns and their abusers who controlled money, food, access to family, friends, employment, technology—everything. “We adapted very early on to provide some of those basic needs.”

The Biden administration’s response is precisely what the National Commission on Covid-19 and Criminal Justice (NCCCJ) study authors called for. “Policymakers and researchers should work to further understand the impacts of the pandemic and provide additional resources for domestic abuse prevention and victim services, particularly to those who are most isolated and at risk,” NCCCJ director Thomas Abt said in a statement.

That’s COVID-19 stimulus funding that could help save lives down the line. It’s funding like that, held in reserve for needs exposed by the pandemic, that some lawmakers see as a pot of funding to exploit for other purposes. Like infrastructure. And it’s not just Republicans who want to steal that funding.

West Virginia Sen. Joe Manchin is in cahoots with a handful of Republicans, including Rob Portman and Mitt Romney, to come up with that elusive bipartisan infrastructure plan, and they want to take unused stimulus funds to do it. Those are funds that could be earmarked in the future for programs like the grants that will be combatting domestic violence. This is completely unnecessary deficit peacockery that any self-respecting Democrat should want no part of. Whether Manchin qualifies as either of those things, however, is increasingly becoming a question.