Deferred no more: The struggle for future of undocumented students 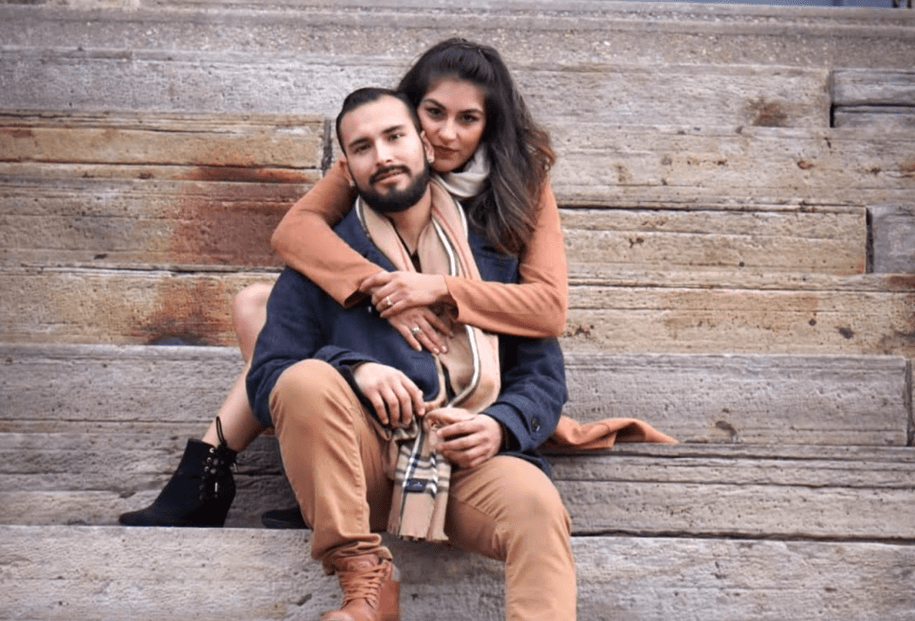 What happens to a dream deferred? This famous question from Langston Hughes has been the lived reality for undocumented youth nationwide who have received Deferred Action for Childhood Arrivals (or DACA), also known as DREAMers.

But two DACAmented leaders have been working to level the educational playing field for today’s youth: Alejandro Fuentes and Tania Chairez. Fuentes, the son of Chilean immigrants, was one of the first two DREAMers in American history to become an educator and has now matured into a curriculum innovator and mental health responder for undocumented families. His fiancée, Chairez, an immigrant from Chihuahua, Mexico, is a longtime community organizer and educational advocate who was recognized for her work in opposing the anti-immigrant policies of former Arizona Sheriff Joe Arpaio.

“One of the biggest barriers is access to knowledge,” Fuentes shared. “Everybody knows that K-12 is free and open to all, but undocumented students assume that they can’t go to college or university. But there are many opportunities to do so, and it’s our responsibility to make sure they are aware of that path.”

As of 2017, an estimated 600,000 youth under the age of 18 were undocumented. Additionally, 4.5 million U.S. citizen children have at least one undocumented parent. These families span many nationalities, but like Fuentes and Chairez, the majority are Latino and have been especially vulnerable to deportation and immigration enforcement.

Despite the fact that the DREAM Act has often been the topic of national debate in the federal government, little progress has been made to secure the future of DREAMers. Fuentes and Chairez shared that many reforms are still needed to lower barriers for undocumented, refugee, and immigrant youth, especially when it comes to accessing education.

That challenge is only heightened by the geographic dispersion of immigrant families. Although many Latin American families have traditionally settled in places like Miami and Los Angeles, their greatest population growth today is in the Southeast to Rocky Mountain West regions of the U.S., where they often reside alongside immigrants and refugees from dozens of nations.

Chairez and Fuentes both spent years working in some of the most diverse school districts in Colorado, which was the first state to allow DREAMers to work in education. Chairez focused her energy on Aurora Public Schools, a district where 130 languages are represented. The district is one of many across the nation unable to graduate migrant students at the same rate as their citizen peers. As of 2020, migrant students in Colorado graduated at a rate 71.7%, contrasted with the 81.9% of their citizen peers. Moreover, the unique mental health challenges of migrant students often go unaddressed and can greatly affect well-being and academic performance.

“I focus most of my efforts on student mental health, which is hard to quantify,” Chairez said.

Some organizations have tried to do just that. In January 2020, the Harvard Immigration Initiative released a study featuring educator accounts of the impact of immigration enforcement on their students. The study found that roughly 80% of educators observed concern or outright fear regarding immigration enforcement as well as increased behavioral and/or emotional problems from students.

“It’s hard to thrive when you’re living in constant fear or anxiety for yourself or a family member,” she said. “There’s no time or place to soothe the soul. Schools need mental health counselors, art and extracurricular enrichment.”

A graduate of the Wharton School of Business at the University of Pennsylvania, Chairez has always wanted to apply her skills to serve immigrant communities because she was “never interested in working on Wall Street.” To that end, she founded a nonprofit organization called Convivir that works with immigrant, refugee, or first-generation middle and high school students in Colorado and elsewhere.

“We engage in storytelling, artistic expression, mutual aid, and community building to help students with self empowerment and leadership skills,” she explained. “Our ultimate aim is for students to feel like their immigration journey is their superpower—not their weakness.”

Fuentes believes that in addition to leadership and emotional support, peer-to-peer support and representation are critical. He lamented how isolating being an undocumented student can be and emphasized the importance of having safe spaces where students can talk freely about immigration issues.

“You need community, especially when you have as much adversity as some of these students do,” he said. “Even if you just know someone’s immigration status, you’re much more likely to be concerned for their well-being in terms of these issues.”

Fuentes also cited studies of the positive impact of Black teachers on Black students and believes that the same is likely for Latino and undocumented students. Seeing pieces of their identity represented among teachers and authority figures in classrooms can be empowering for students of any background.

“It’s important to have undocumented teachers like myself because we can tell you the necessary steps to navigate the system,” Fuentes said. “It goes beyond hope. You need a concrete roadmap, which most people who haven’t actually done it can’t give you.”

Chairez and Fuentes believe there are multiple avenues toward making the educational system more equitable. Fuentes advocates for project-based, community-oriented learning where education extends beyond the walls of the classroom. Doing so would prevent students of all ages from becoming stuck in the mindset of studying for tests or only learning Common Core.

“In my ideal classroom of the future, students take what they learn and discover and then try to apply those lessons in their city or neighborhood,” he said. “I’d like to see them driven by the urge to resolve an issue in their community or world.”

For Chairez, recognizing diverse history is paramount, as is reorienting students to value communities—not just individuals.

“We need to reinstate ethnic studies, rethink our language systems, and teach all students about the rich cultures that make up this country—that would be truly inclusive education,” she said. “I believe that’s how everyone can thrive.”

In addition to their time with students, Chairez and Fuentes also advocate for undocumented rights through their own stories within a national initiative known as UndocuAmerica, which has featured collaborations with the likes of José Andres and Yo-Yo Ma.

In the midst of this work, both admitted that it’s often hard to imagine a positive sum future. Chairez noted that she can be so focused on “undoing the bad stuff” that it becomes difficult for her to dream of better things. But Chairez and Fuentes did have hopeful words to share with the next generation. Fuentes wants students to know that the expectations of others shouldn’t determine the futures they want to build for themselves.

“Those who made the trip here saw hope beyond the horizon,” he said. “Find something you’re drawn to and pursue it, even if others say no. If I were stopped by rejection, I wouldn’t have made it to college and definitely not [made it] to potentially opening a school.”

Chairez’s advice is a quote from an exhibit by artist and organizer Alessandro Negrete: “We never needed papers to thrive.”

Brenton Weyi is a first-generation writer, thinker, and polymath who uses the power of words to cultivate humanity. Informed by travel to dozens of nations to illuminate some of the world’s greatest challenges, his work blends narrative, philosophy, and history to examine how we build ethical societies.